Natasha Danha’s move to Canada spawned an interest in science and giving back. 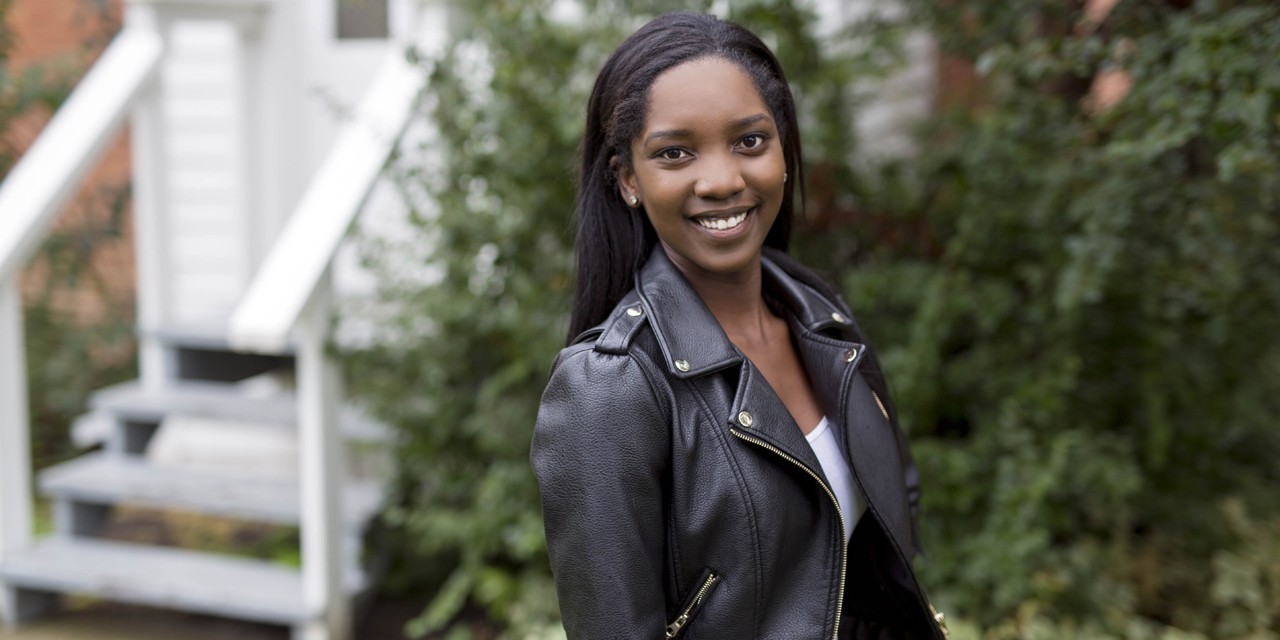 Natasha Danha has made the most of her move to Canada from Zimbabwe, and is now a 2017 Schulich Award recipient. (Photo supplied)

As a young girl who immigrated to Canada from Zimbabwe in 2007, Natasha Danha’s opportunity to work as a co-researcher for six weeks with a UAlberta PhD student on a project sponsored by Women in Science, Engineering and Technology was not lost on her.

“In Africa, science, engineering and technology are considered a preserve of the male gender,” said the first-year University of Alberta science student and 2017 Schulich Leadership Scholarship recipient.

Always a high academic achiever—Danha earned the highest overall average in grades 8, 9 and 11, and a near perfect score on her math provincial diploma examination—she’s equally involved in her community.

As an immigrant, she’s experienced first hand what it feels like to be a visible minority, and it has inspired her to give back to others in need. She founded an ongoing Students Against Bullying Campaign that was recognized on a national level by the Rock Solid Foundation, and has participated in various community initiatives, such as being a student representative for parents council and a member of the leadership club and social justice committee.

But her passion lies in science, which was confirmed last summer during her experience in the WISEST program, where she worked in meat scientist Heather Bruce’s lab investigating the relationship between age and toughness of steak in cattle.

“My daily routine in the lab consisted of completing hydrolysis and evaporation of the IMCT samples, as well as assisting with other projects in the lab," said Danha. "Using High Performance Liquid Chromatography, and Differential Scanning Calorimetry, we were then able to quantify the presence of collagen crosslinks.

“The experience inspired me to consider prospective careers that are considered male dominated fields.”

She’s decided to further her studies in science and hopes to one day become a pharmaceutical researcher.

Danha and Sean Sander are two of 50 students in Canada, and two at the U of A, to receive four-year scholarships of $80,000 to $100,000, depending on their chosen profession. The Schulich Leaders program recognizes Canadian high-school students who demonstrate excellence in academics and community leadership, and who plan to study science, technology, engineering or mathematics.