Science, speculation and the spectre of genetics 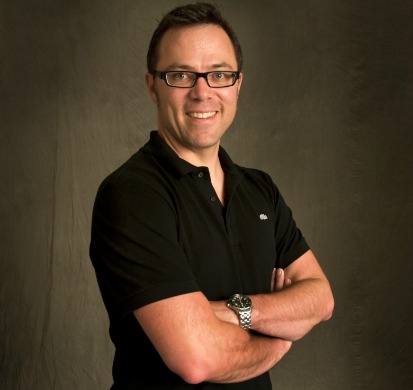 (Edmonton) Concerned about whether your genes could be patented? Worried about being left in the dust by genetically mutated colleagues or classmates? Losing sleep over what your genes may tell you about your susceptibility to sickness? A University of Alberta professor is championing the call for less fear-based hype and more evidence-based policy on the issue of genetics.

As a U.S. Supreme court ruling on gene patenting moves closer amidst moral and ethical concerns about the issue, U of A researcher Timothy Caulfield and his colleagues urge the public not to get their double helixes in a knot over issues that he says have been overblown in the media and by some politicians and special interest groups.

“If we actually look what the evidence says about those issues, the evidence about harm is much less than the policy-makers would have you believe,” said Caulfield, research director with the U of A’s Health Law and Science Policy Group.

Signs of the changing technological times

The rapid onslaught of new technologies and the role that genetics play in pop culture (in movies such as Gattaca, Blade Runner and even Jurassic Park) feed into the general angst some people feel over science’s ever-expanding role in our lives, he says. Issues such as gene patenting or genetic engineering become lightning rods for public concern as a means to direct that fear, as misguided as it may seem to be. Caulfield points out that although much of the fear over genetics is based on speculation and opinion, scientists have to take some responsibility for the spectre it has become.

“The public has been constantly told by the scientific community that this is powerful information, that genetic information is the language of the gods,” he said. “They’ve bought the message, and because they bought that hyped science message, policy-makers and the general public have concerns about things like genetic discrimination and gene patents as a result of buying the science hype.”

Caulfield calls for continued funding of research into the ethical, legal and social issues surrounding genetics. Part of the challenge behind driving public opinion and influencing political will is communicating the research publicly—something Caulfield does often within the media. He says the debates on gene patents were filled with “reasonable, informed and intelligent speculation” on the potential harm of the concept. But he says the speculation drowned out the evidence-based message that any potential harm is minimal compared with the fear-based hype. It’s why he and others want legislators to pay more attention to current research on the subject when developing policy.

“When the evidence exists, at a minimum, policy development should be informed by it,” said Caulfield. “Laws about genetic discrimination, our response to concerns over gene patents, how we regulate genetic technologies—whether it’s genetic testing or otherwise—all of those policies should be informed by the good research that’s been done on those issues and not merely on speculation.”

Science, speculation and the spectre of genetics