Scientists develop atomic-scale ‘simulator’ that acts like an electronic circuit 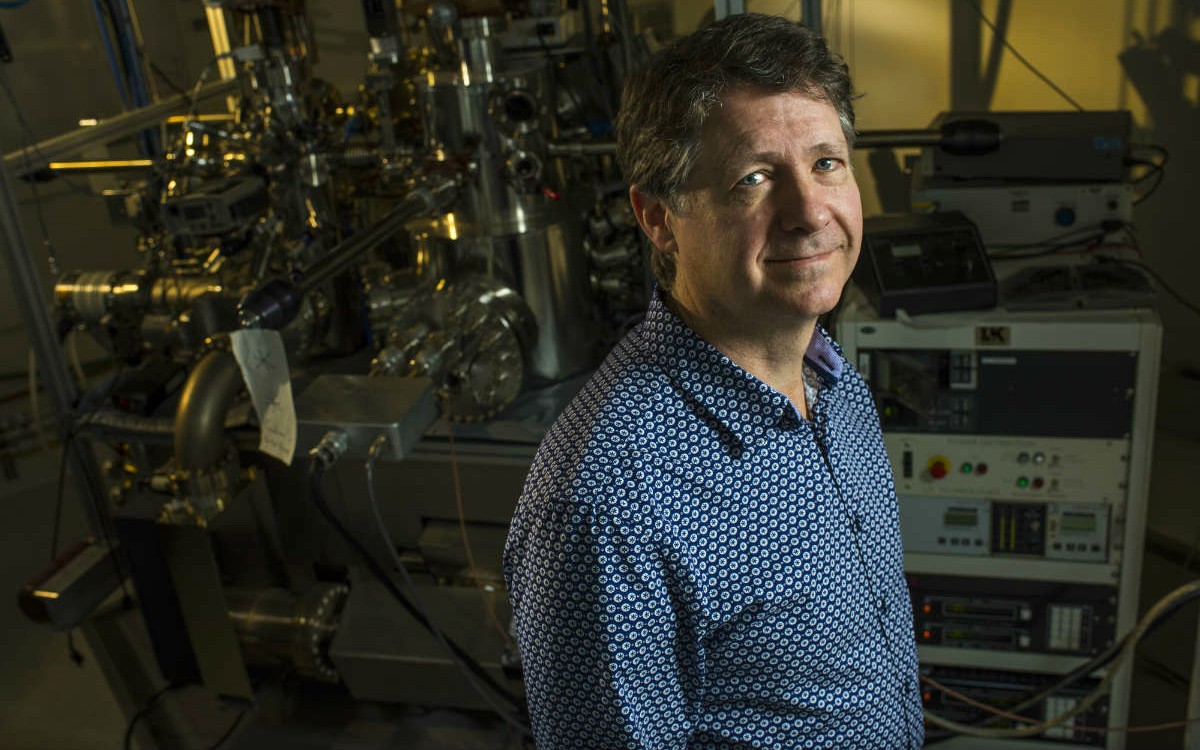 U of A physicist Robert Wolkow and his team have developed an atomic electronic simulator—a breakthrough that helps unlock the full potential of machine learning and neural networks. (Photo: John Ulan)

University of Alberta scientists have developed an atomic machine that acts like an electronic circuit—a breakthrough that could lead to faster, more accurate programs to train neural networks for machine learning.

The atomic electronic simulator, which uses precisely controlled patterns of atoms to control electrons, is the latest in a recent string of advances out of the U of A and Quantum Silicon Inc. that are paving the way for a new generation of atomic-scale, ultra-efficient electronics.

“Atoms are a bit like chairs that electrons sit on,” said Robert Wolkow, physics professor and principal investigator on the project. “Much as we can affect conversations at a dinner party by controlling the grouping of chairs and assigned seating, controlling the placement of single atoms and electrons can affect conversations among electronics.”

Wolkow noted that making custom patterns at the atomic scale to create new and useful electronic devices has been beyond reach until now.

Though the tools of nanotechnology have given researchers exacting control over atom placement on a surface for some time, two limitations have prevented practical electronic applications: the atoms would only remain in place at ultra-low temperatures and could only readily be achieved on metal surfaces that were not technologically useful.

The proof-of-concept device Wolkow and his team created—part atomic machine, part electronic circuit—overcomes those two major hurdles preventing the technology from being available to the masses.

The structures can also be patterned on silicon surfaces, meaning scaling up the discovery is also easily achievable.

“This is the icing on a cake we’ve been cooking for about 20 years,” said Wolkow. “We perfected silicon-atom patterning recently, then we got machine learning to take over, relieving long-suffering scientists. Now, we have freed electrons to follow their nature—they can’t leave the yard we created, but they can run around freely and play with the other electrons there.

“The positions the electrons arrive at, amazingly, are the results of useful computations.”

Based on the results, the researchers have started constructing a scaled-up machine that simulates the workings of a neural network. Unlike current neural networks made up of transistors and directed by computer software, the atomic machine spontaneously displays the relative energetic stability of its bit patterns. Those in turn can be used to train a neural network more rapidly and accurately than is presently possible.

“Initiating and Monitoring the Evolution of Single Electrons Within Atom-Defined Structures” appears in the Oct. 19 issue of Physical Review Letters.

Artificial neural networks need training to learn specific inputs such as images or text, but the training process is challenging and costly. By precisely controlling patterns of individual atoms and electrons, the new atomic electronic simulator can improve the speed and accuracy of neural networks. (Video: Faculty of Science)

Scientists develop atomic-scale ‘simulator’ that acts like an electronic circuit