Study shows that potent toxin passes through food chain from lichen to humans via caribou. 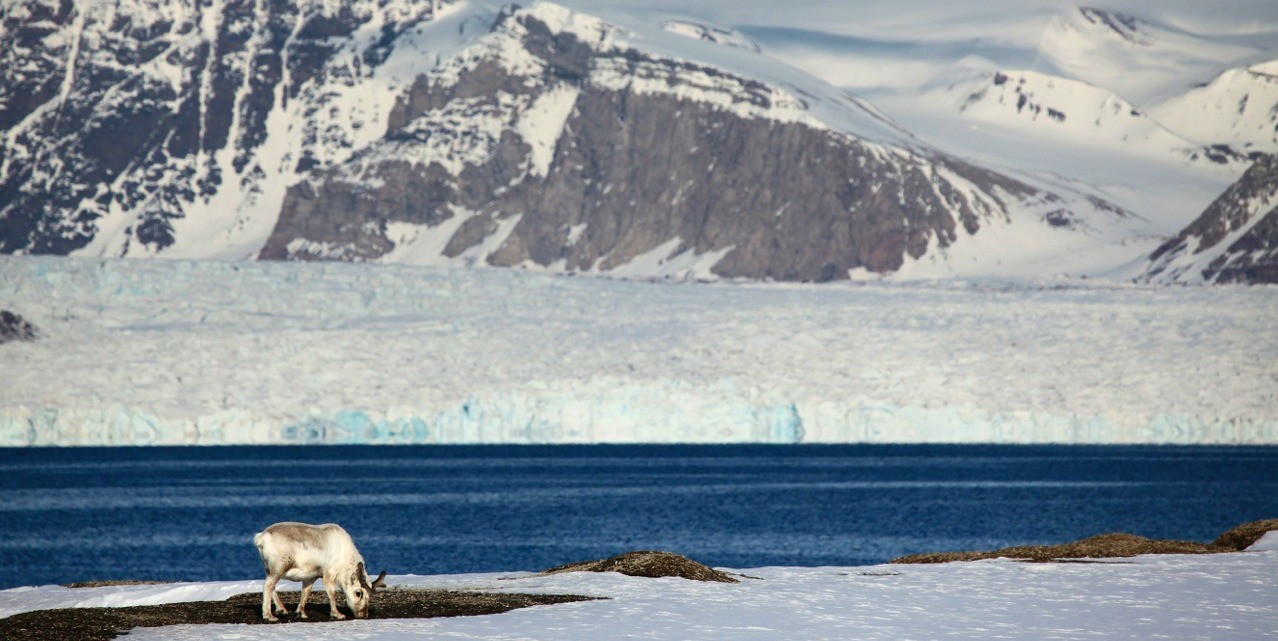 A caribou grazes on an Arctic shoreline. A new UAlberta study shows that toxic methylmercury makes its way from ocean to land through lichens, a staple of the caribou's diet. (Photo: Martin Fortier)

(Edmonton) A new study out of the University of Alberta shows that Arctic oceans are serving as sources of toxic methylmercury to nearby landscapes. The study quantified the amount of methylmercury in lichens, which serve as a primary food source for caribou, the biggest land game animal used as traditional country food by Arctic peoples.

“Methylmercury is a potent neurotoxin that bioaccumulates and biomagnifies through the food chain,” says PhD student and Vanier scholarship recipient Kyra St. Pierre, lead author on the study. “The higher up the food chain, the higher the concentrations—so obviously of concern for human health.”

Though considerable efforts have been given to identifying sources of methylmercury in the Arctic marine environment, little has been done to understand the cycle of mercury on land. This study is the first to clearly demonstrate a link between marine sources of methylated mercury and the accumulation of the neurotoxin in terrestrial environments, with lichens facilitating the transfer. “Our study is the first to our knowledge that specifically addresses the source of methylmercury to the caribou diet of lichens,” explains St. Pierre. “We show that methylmercury in lichens is much higher near open waters, so when caribou feed closer to the ocean, it leads to greater methylmercury ingestion.

“This is really the first step to better understanding methylmercury cycling in the terrestrial Arctic environment,” says St. Pierre. “This was identified by the Canadian government in 2013 as a key gap in our understanding of Arctic mercury.”

St. Pierre says more work needs to be done to investigate other possible sources and to determine whether human activities are having a measurable impact in these environments. “Under future climate scenarios, scientists are predicting not only a further reduction in ice-covered areas of the Arctic Ocean, but also an increase in the size and strength of upwelling areas worldwide—which, based on our results, could possibly lead to greater deposition of methylmercury to coastal environments.”

The results were published in Environmental Science and Technology. Co-authors Jane Kirk (Environment Canada) and Igor Lehnherr (University of Toronto) are both former PhD students of professor Vincent St. Louis from the U of A’s Faculty of Science (biological sciences).

The U of A is one of the world’s northernmost research universities. From studying ancient ice that reveals clues about Earth’s changing climate, to looking at the impact of resource development on the North, U of A researchers have spent decades getting to the bottom of what’s happening at the top of the world.

Read more about northern research at the U of A