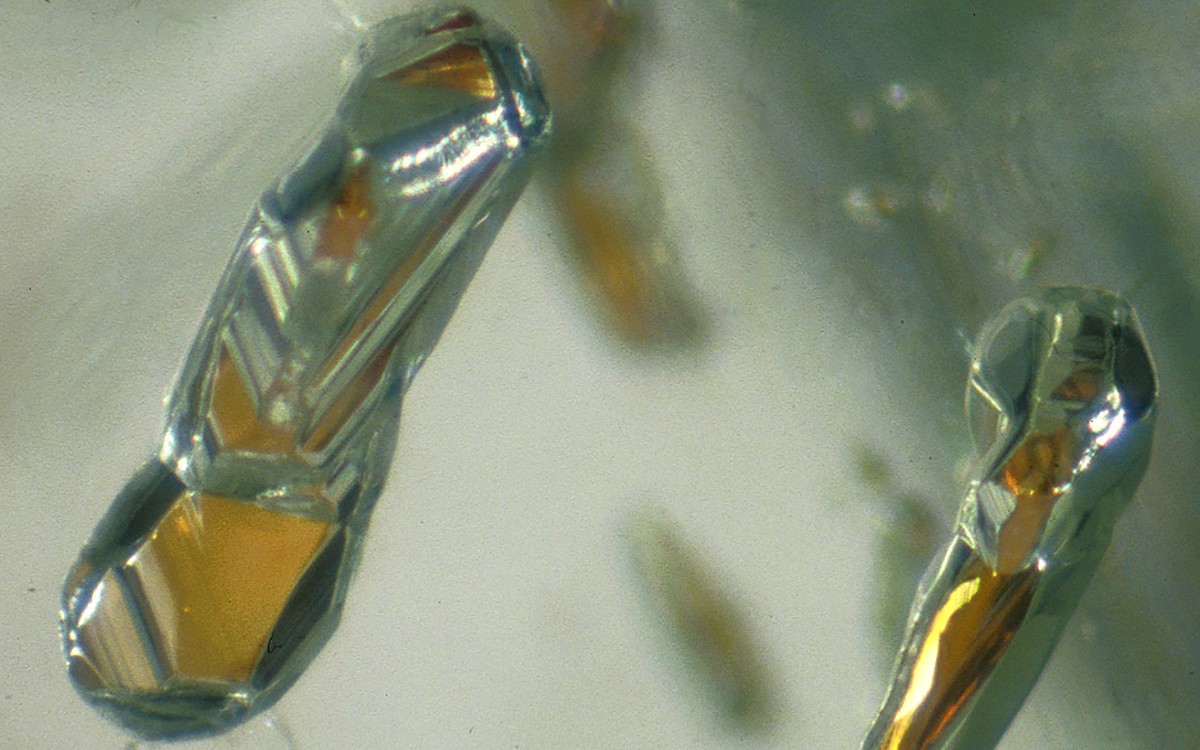 Diamonds with garnet inclusions can form at depths down to 550 kilometres below Earth’s surface. (Image: Jeff W. Harris, University of Glasgow)

Scientists digging deep into the Earth’s mantle recently made an unexpected discovery.

Five hundred fifty kilometres below the Earth’s surface, they found highly oxidized iron—similar to the rust we see on our planet’s surface—within garnets found within diamonds.

The result surprised geoscientists around the globe because there is little opportunity for iron to become so highly oxidized deep below the Earth’s surface.

“On Earth’s surface, where oxygen is plentiful, iron will oxidize to rust,” explained Thomas Stachel, professor in the Department of Earth and Atmospheric Sciences at the University of Alberta and co-author of the study. “In the Earth’s deep mantle, we should find iron in its less oxidized form, known as ferrous iron, or in its metal form. But what we found was the exact opposite—the deeper we go, the more oxidized iron we found.”

The discovery suggests that something oxidized the rocks in which the superdeep diamonds were found. The scientists suspect that it was molten carbonate, carried to these great depths in sinking slabs of ancient sea floor.

The study also has implications for understanding the global carbon cycle that involves the transport of surface carbon back into the Earth’s mantle.

“We know lots about the carbon cycle on Earth’s surface, but what about in the mantle?” explained Stachel. “Our study suggests that surface carbon goes down as carbonates to at least 550 kilometres below the surface. There, these carbonates may melt and react with the surrounding rocks, eventually crystallizing into diamonds. Diamonds can then be taken down even deeper in the mantle.”

The study shows that the carbon cycle extends deep into mantle, possibly all the way down to the core-mantle boundary, with billion-year storage times.

The study was led by the University of Oxford with support from researchers in the Faculty of Science at the U of A. “Oxidized Iron in Garnets From the Mantle Transition Zone” was published in Nature Geoscience.