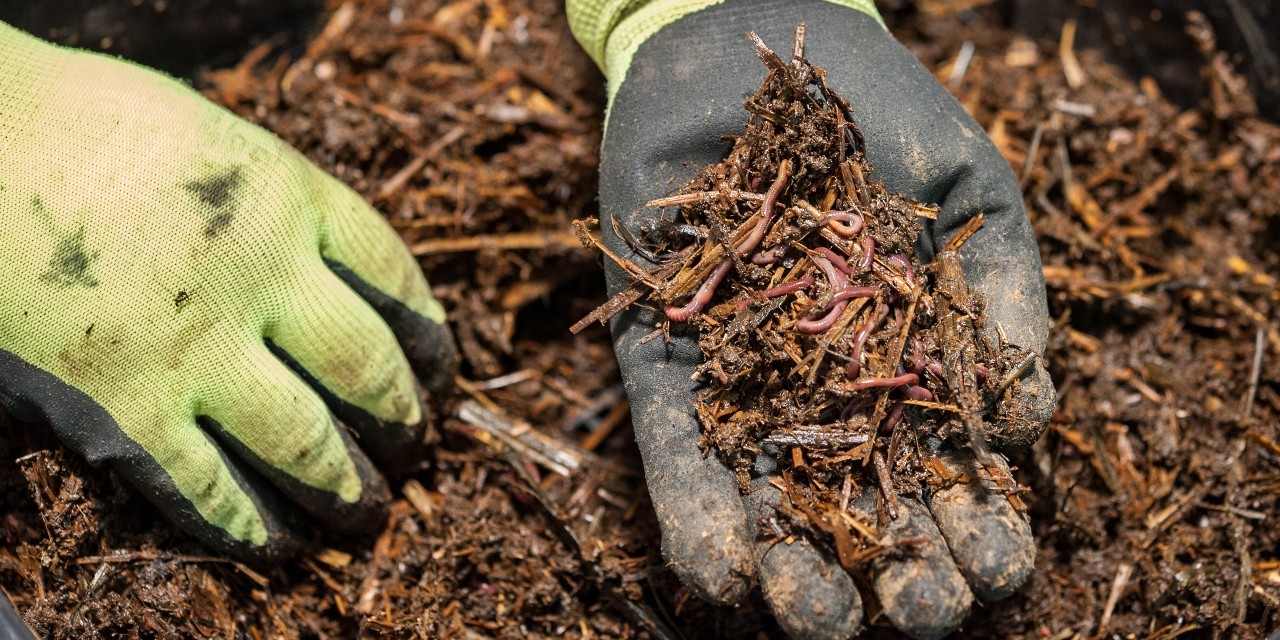 Working with colleagues in China, U of A soil scientists found a recipe that helps earthworms digest garden waste more easily, making composting much faster and possibly helping to keep millions of tonnes of plant waste from being burned or dumped in landfills. (Photo: Getty Images)

Scientists have developed a recipe that addresses a growing need for sustainable disposal of urban garden waste in China and could also be useful in North America.

In Beijing, where the research was based, more than 2.3 million tonnes of leaves and clippings from trees, grass and bushes are shipped annually to landfills or burned, which takes an environmental toll, said U of A soil scientist and study co-author Scott Chang.

“While garden waste itself isn’t a form of pollution, different ways of dealing with it have implications,” he explained.

Composting the waste—feeding it to earthworms to convert into a nutrient-rich soil conditioner—is more environmentally friendly, but poses a challenge for the wrigglers because they have difficulty feeding on lignin, a hard-to-digest organic compound in the plant matter.

To make it easier, Chang and researchers from Beijing Forestry University experimented with adding varying amounts of manure and mushroom crop materials to improve the digestibility of the garden waste for the worms.

Both substances contain high amounts of carbon that is easily broken down by the worm’s gut microbes. They also add extra nutrients to the resulting compost.

“All of this indicates how happy the earthworms were,” Chang said.

The additives also sped up the composting process by 80 per cent.

“This way, the large amount of garden waste material can be dealt with quickly, reducing the need for storage and reducing the likelihood of sending it to landfills,” explained Chang.

The study’s findings are now being tested by a Beijing company that produces agricultural compost, as well as earthworms used to produce protein powder for human consumption.

A similar compost formula would need tweaking for North American markets depending on the type and supply of manure and other materials available, but could be useful, Chang believes.

“We now know that when dealing with waste that has high lignin content, adding easily degradable material will help worms in the composting process. We can borrow some ideas from this study, and it has potential implications for how we might better compost our plant waste here.”

“Every waste material is different, so we need to always be developing new methods.”