Little-studied brain area may be responsible for co-ordinating activity between two other structures involved in turning experiences into long-term memories, U of A research shows. 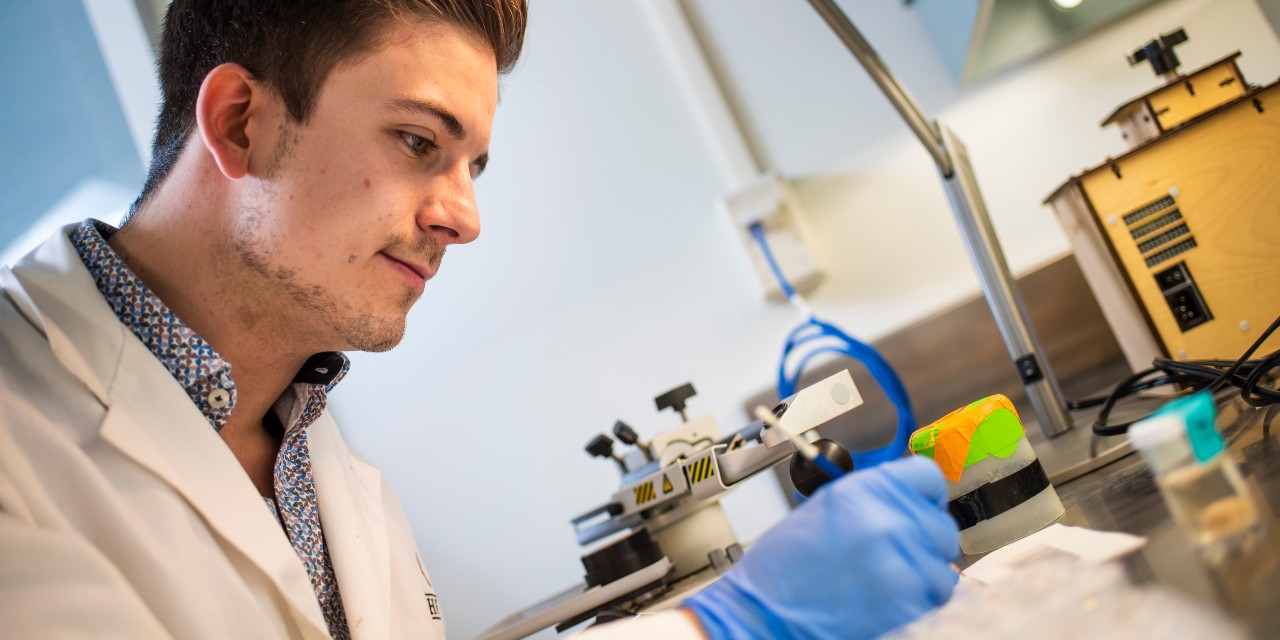 PhD candidate Brandon Hauer led a new study showing that the nucleus reuniens, a relatively unknown part of the brain, may be responsible for co-ordinating two other brain areas that create memories while we sleep. (Photo: John Ulan)

Neuroscientists at the University of Alberta have identified a mechanism that may help build memories during deep sleep.

In a study published last month in eNeuro, the researchers focused on the role of the nucleus reuniens, an area of the brain that connects two other brain structures involved in creating memories and may co-ordinate their activity during slow-wave sleep.

“Slow waves during sleep benefit our memories for personal experiences, likely due to co-ordinated activity in the prefrontal cortex and hippocampus,” explained Brandon Hauer, a PhD candidate and lead author of the study.

“We found that the nucleus reuniens is responsible for co-ordinating synchronous slow waves between these two structures. This means the reuniens may play an essential role for sleep-dependent memory consolidation of events.”

Slow-wave sleep is the deepest stage of sleep, during which brain waves oscillate once per second. It is crucial for muscle and brain recovery, and has been shown to play a role in memory consolidation.

“Before this study, we did not know what was responsible for connecting the prefrontal cortex and the hippocampus,” added Hauer, who conducted the research as part of the U of A’s Neuroscience and Mental Health Institute under the supervision of psychology professor Clay Dickson and physiology professor Silvia Pagliardini.

“This under-studied and relatively unknown are of the brain likely has a substantial role in forming long-term memories while you sleep,” Hauer said.

“So if you studied hard for a test and then slept on it, you may have to thank your nucleus reuniens for turning that knowledge into a more permanent memory.”