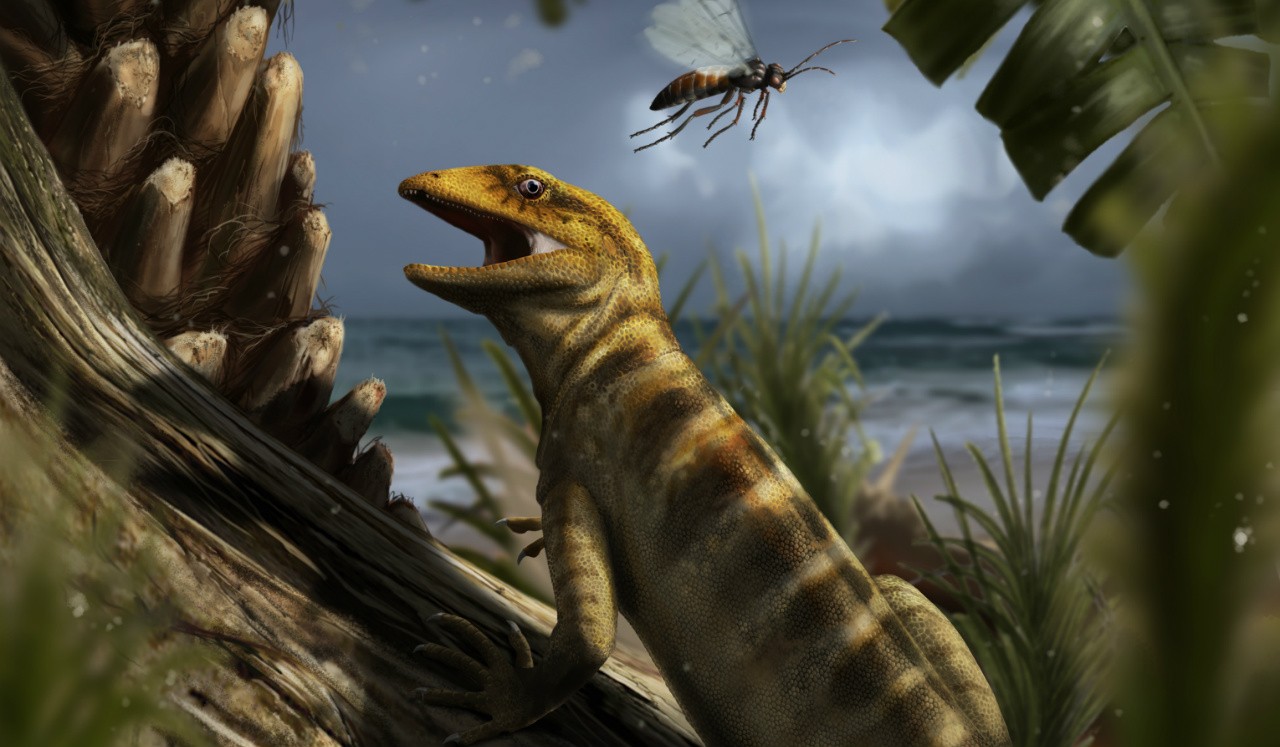 The fossil of Megachirella dates back 240 million years, making it the most ancient known ancestor of modern lizards and snakes. (Illustration: Davide Bonadonna)

Paleontologists have identified the world’s oldest lizard fossil, providing key insights into the evolution of modern lizards and snakes.

The 240-million-year-old fossil, Megachirella wachtleri, is the most ancient ancestor of all modern lizards and snakes, known as squamates, a new study shows.

An analysis of the fossil and data from both living and extinct reptiles—including anatomical data drawn from CT scans and DNA—suggests the origin of the species we see today may be even older, by at least 10 million years.

The fossil was originally found 20 years ago in the Dolomite Mountains, a UNESCO World Heritage Site in Northern Italy. Researchers originally thought it was linked to—but not an ancestor of—modern lizards and snakes. Further analysis by an international team of researchers at the U of A as well as Italy and Australia determined the specimen was actually the oldest relative ever found of all living lizards and snakes.

“The specimen is 75 million years older than what we thought were the oldest fossil lizards in the entire world,” explained Tiago Simões, lead author and PhD student in the University of Alberta’s Department of Biological Sciences. “This discovery provides valuable information for understanding the evolution of both living and extinct squamates.”

To better understand both the anatomy of Megachirella and the earliest evolution of lizards and snakes, Simões and his supervisor, U of A paleontologist Michael Caldwell, assembled the largest reptile dataset ever created, using fossils and living specimens from more than 130 lizards and snakes from around the world, collected over four years.

The data included CT scans, photographs and molecular analysis collected by Simoes and Caldwell, rather than relying on existing literature. The researchers combined this data with CT scans obtained at the ICTP-Elettra facilities in Trieste, Italy, revealing that Megachirella was actually the oldest known squamate.

“Fossils are our only accurate window into the ancient past,” explained Caldwell, who is a co-author of the study. “Our new understanding of Megachirella is one point in ancient time, but it tells us things about the evolution of lizards that we simply cannot learn from any of the species of lizards and snakes alive today.”

The study comes just three years after Caldwell's 2015 discovery of an ancient snake fossil that showed the evolution of snakes took place much earlier than previously thought.

“The Origin of Squamates Revealed by a Middle Triassic Lizard From the Italian Alps” was published today in Nature.