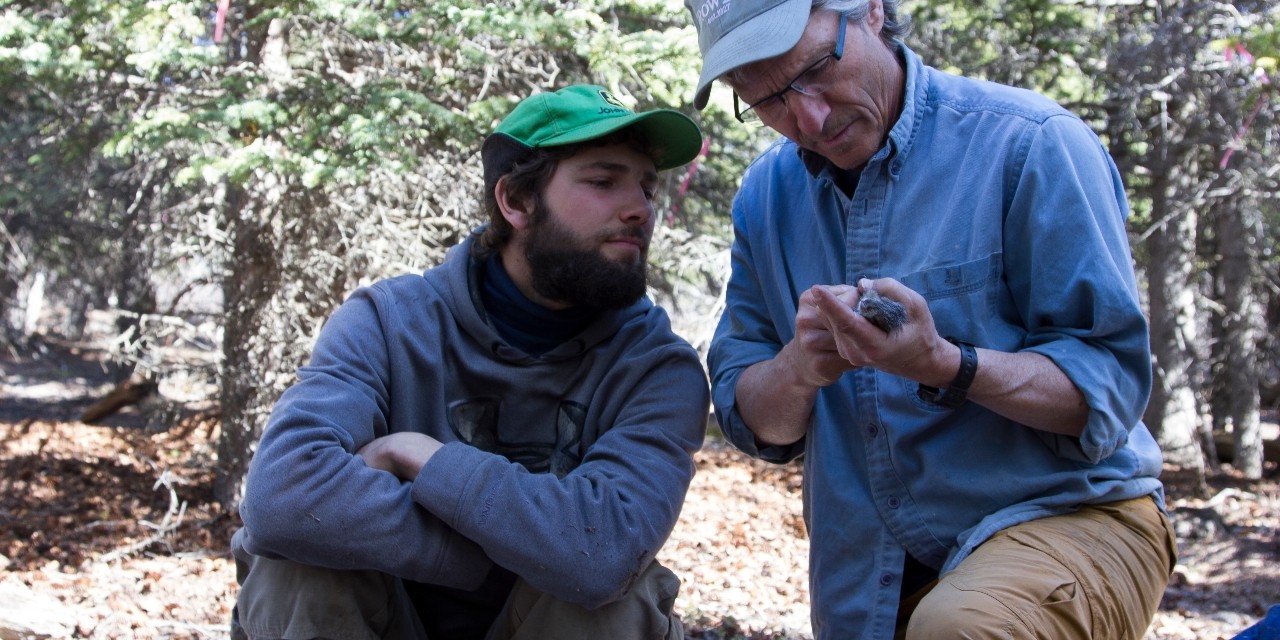 U of A biologist Stan Boutin (right) with graduate student Jacob Seguin in the Yukon, collecting snowshoe hare data as part of the Kluane Lake Project. Boutin and a group of his fellow scientists are sharing data from the project to help students who are unable to do field research this summer because of COVID-19. (Photo courtesy of Stan Boutin)

A group of scientists, including researchers at the University of Alberta, are sharing data to help students who can’t conduct field work this summer because of the COVID-19 pandemic complete their programs.

“The Kluane Red Squirrel Project has collected ecological data on two major projects in the Yukon for nearly 50 years,” explained U of A biologist Stan Boutin, who is one of five principal investigators on the project.

“We can offer these data to students who are scrambling to develop contingency plans. Sharing some of the historical datasets could help to alleviate a bit of the stress that graduate students are feeling right now, by allowing them to add these data to their thesis.”

A group of Boutin’s fellow researchers in the Canadian Society for Ecology and Evolution is encouraging their colleagues to do the same, though there are concerns and challenges to doing so.

“It is a big challenge, and I think all of us are scrambling and trying to grasp what this all means,” said Boutin.

“You need to know the context in which the data was collected, and it takes some careful discussion because the historical knowledge isn’t always written down. But if students are willing to learn, we are more than willing to teach them. As senior researchers, I think we can look for ways to work together and to get over these hurdles.”

The Kluane Red Squirrel Project has nearly half a century of data on two key projects, including an analysis of the red squirrel population in the region as well as a wider environmental study on the cycles of two other inhabitants, including the lynx and snowshoe hare.

“For example, students working somewhere else in Canada might be curious about the reproductive success of animals during a changing climate,” explained Boutin. “They’ve done all the background research and written a proposal but can’t get the data they need. These students could approach us, explain their interest, and ask us for access to our data.”