Researchers discover two mechanisms that evolved over millions of years to give the crustacean its claw-snapping ability. 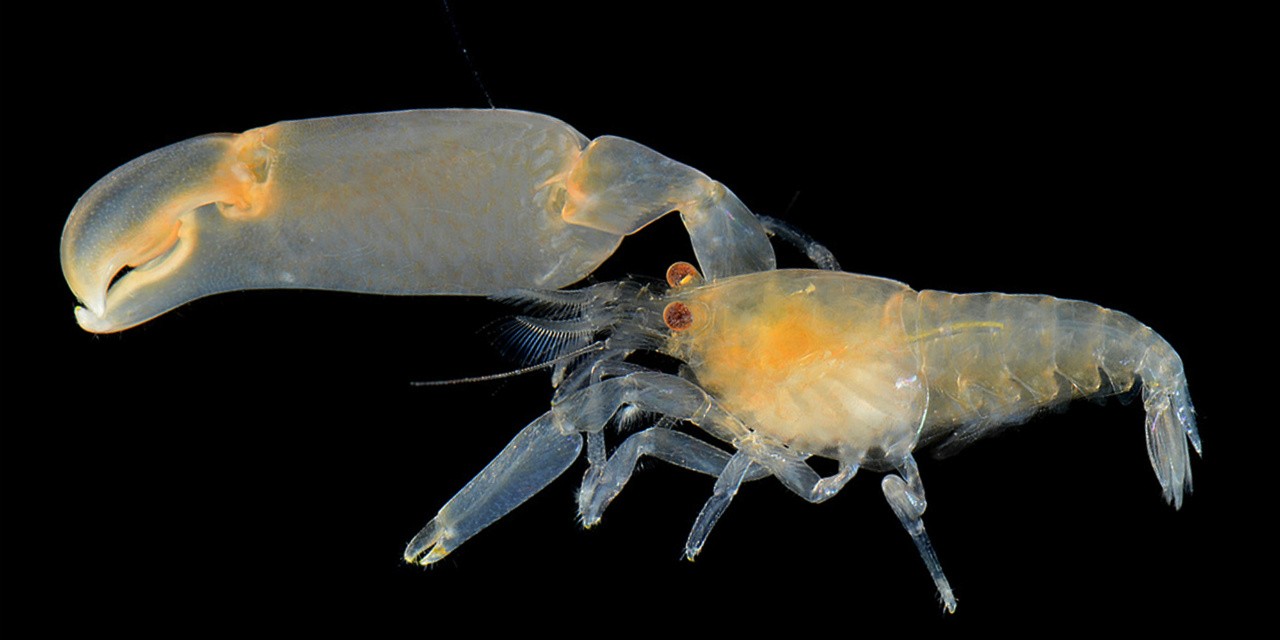 A species of snapping shrimp with a massive claw that can shut so quickly it creates an aquatic shock wave. (Photo: Arthur Anker)

After two years of research investigating 114 species from 19 different shrimp families—exploration that took the scientists from the far reaches of Panama to advanced imaging facilities in Germany—researchers solved the mystery of how snapping shrimp snap.

They have an energy-storage mechanism and a latching mechanism that allows them to release stored energy quickly, thus snapping their claws, explained Rich Palmer, a biological sciences professor at the University of Alberta.

Palmer and his colleagues also discovered the shrimp’s ability to snap was millions of years in the making.

“All we’d known until this study was the endpoint of these super snapping claws,” said Palmer. “What we now know is that a series of small changes in form led to these big functional changes, which essentially allow these shrimp the ability to break water, or snap.

Palmer added that he and his research group realized that the ability to break water by making cavitation bubbles had to have been preceded by maybe millions of years of shrimp just shooting water.

“Somehow as they continued to shoot water, they got faster and faster, and they eventually broke the cavitation threshold to produce these snaps. It’s pretty extreme biology,” he said, adding that the shrimp use the snapping for many reasons including communication, killing prey, guarding territory and defending against predators.

Palmer explained that a bubble produced from the shrimp’s claw is actually a vacuum: surrounding water pressure collapses the sides of the bubble to produce a snap, which can only happen when the water is shot so fast from the claw that it leaves before adjacent water can come in behind it.

What he and his co-authors uncovered was that such extreme movements depend on both an energy-storage mechanism and a latching mechanism to release the stored energy quickly, similar to a bow and arrow.

Palmer said the sum of multiple small changes in claw form—each of which is an innovation—adds up to a force so strong it breaks water by taking advantage of underwater physics, since liquids are not compressible. The end result—the ability to snap—is a key innovation.

“Key innovations are adaptations that permit a dramatic radiation or diversification of species, setting the stage for radiation into a wholly new kind of adaptive zone that wasn't there before,” said Palmer.