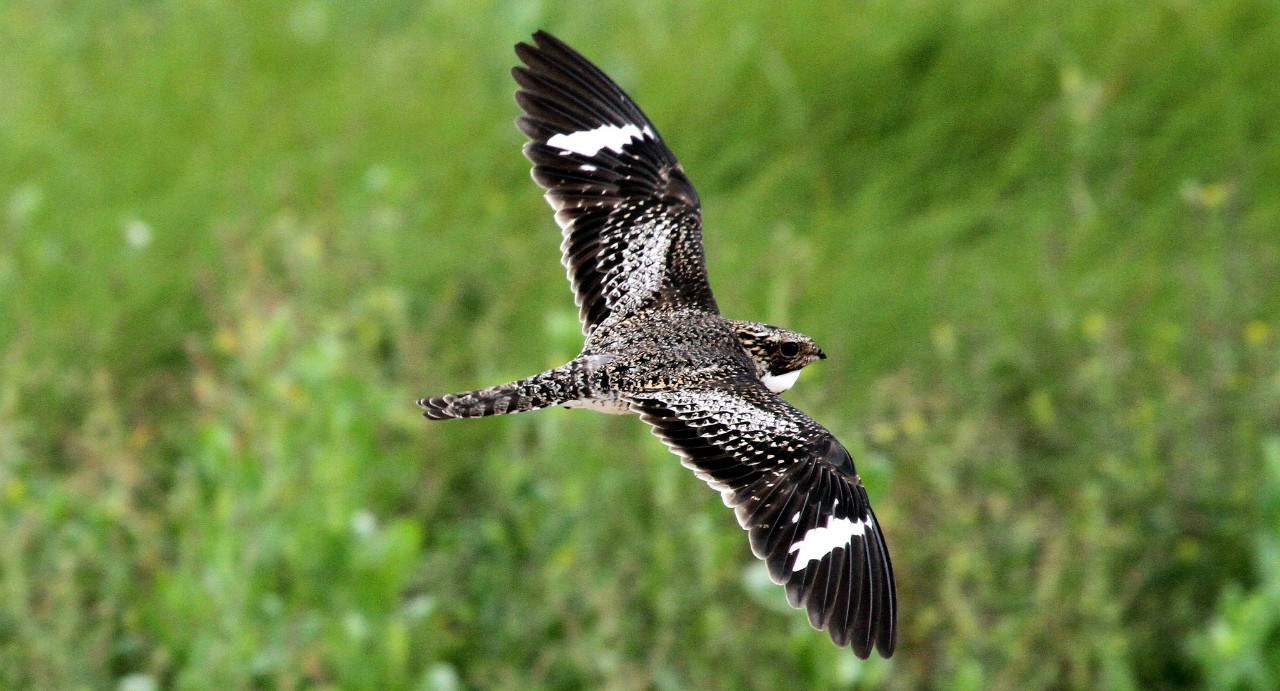 The common nighthawk journeys 20,000 kilometres each year in its migration from north of Fort McMurray to the Amazon rainforest in Brazil—a route U of A scientists have tracked for the first time. (Photo: Greg Schechter via Flickr, CC BY 2.0)

In a quest to develop conservation strategies to protect a threatened species whose population has declined 80 per cent in the last 50 years, scientists at the University of Alberta have discovered the enigmatic nighthawk travels 20,000 kilometres each year in its annual migration from north of Fort McMurray to the Amazon rainforest in Brazil.

“Until now, we’ve understood very little about migration routes and wintering grounds of the nighthawk,” explained Elly Knight, a PhD candidate who worked on the research project with her colleague Janet Ng, U of A conservation biologist Erin Bayne and researchers from the Smithsonian Migratory Bird Center in Washington, D.C.

The research team needed to track the nighthawk to understand what risks it might encounter during the eight months it spends outside of Canada each year.

“We were surprised to find that they spent their winter in Brazil because most observations of them are from further south, in Argentina. We also learned that nighthawks return to almost exactly where they summered in the past year,” said Knight.

She and her colleagues fit 10 male nighthawks with small satellite transmitters, which fit like small backpacks, to record and transmit data on the birds’ location for 12 months.

“Because we can track exactly where they spent their day, we can see they came back to almost exactly where we caught them one year prior,” said Ng, who was the lead author of the paper.

According to data from the transmitters and observations in the field, the birds began their southward journey in late August and early September. Once they reached South America, they spent most of the winter in the Amazon rainforest and tropical savannas of Brazil. Come spring, they migrated back to their nesting grounds in northern Alberta.

Finding out where and when nighthawks spend their time over a year is an important step to help researchers understand why the number of birds is declining, explained Knight.