U of A paleontologists discover ancient crab—and a new branch of marine arthropod life. 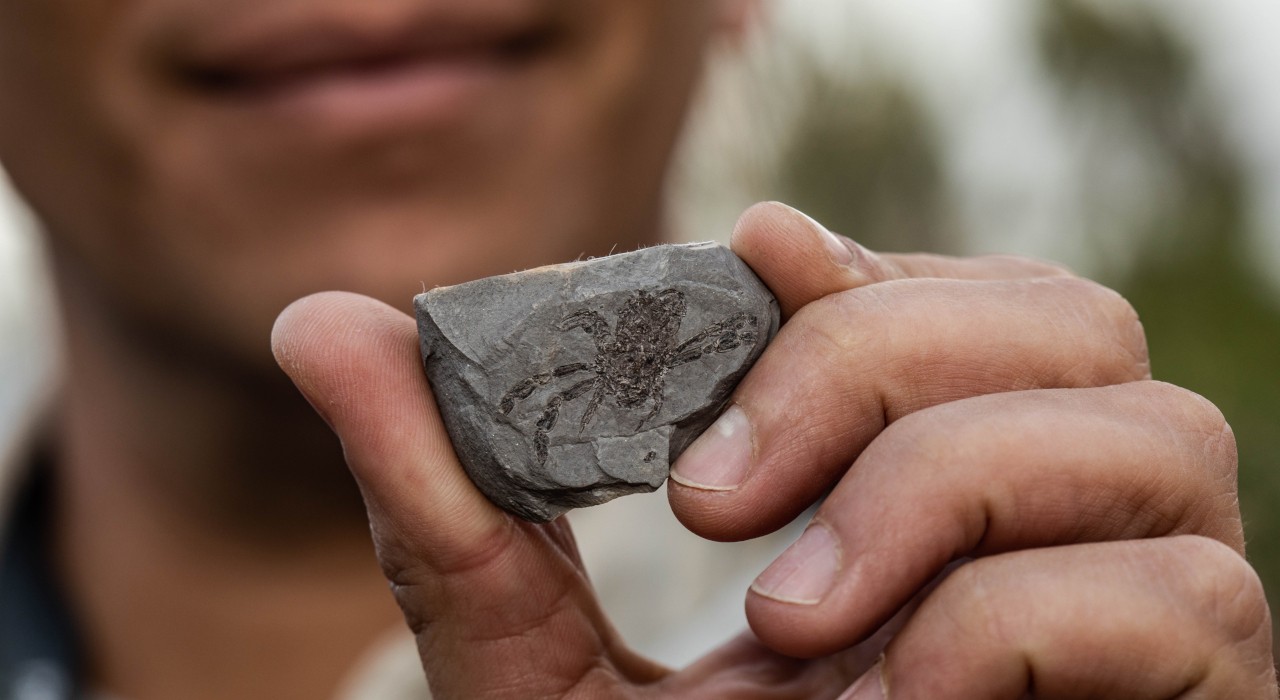 University of Alberta paleontologists discovered a new and bizarre species of crab fossil with features of many different marine arthropods.

“We started looking at these fossils and we found they had what looked like the eyes of a larva, the mouth of a shrimp, claws of a frog crab and the carapace of a lobster,“ said Javier Luque, a U of A post-doctoral fellow, who thought of a chimera, a monster out of Greek mythology with a lion’s head, a goat’s body and a snake’s tail, when he came upon the discovery.

“These new fossils break all those rules."

While the unusual crab has features of many different families, the paleontologists found it actually occupies a new branch on the crustacean tree of life—not unlike a platypus of the crab world, explained Luque.

Discovery is in the details

The fossilized crabs, recovered from the Andes Mountains in Colombia, lived in a shallow coastal sea during the Cretaceous period 90 to 95 million years ago. Researchers recovered more than 70 of the specimens in soft clay, together with hundreds of other crustaceans like shrimps and lobsters.

Though the fossils are no bigger than a quarter, Luque explained their exceptional preservation allowed researchers to pick out fine details such as paddle legs and large eyes, suggesting the crabs spent their lives swimming, rather than crawling as most do today.

“We found dozens of animals, from tiny baby specimens to mature individuals, in which we found reproductive organs—a smoking gun that proves these were adult organisms and not larvae. We can even see individual facets on the large compound eyes of these creatures,” said Luque. “It’s an incredible amount of detail, and we’ve been able to reconstruct them like they were living yesterday.”

That detail allowed researchers to create a detailed 3-D model of the species.

“It’s common to find novel body forms in older rocks, for instance from the Paleozoic when life was exploding into many new forms,” said Luque. “This discovery, from the mid-Cretaceous, illustrates that there are still surprising discoveries of more recent, weird organisms waiting to be found, especially in the tropics.

“It makes you wonder what else is out there for us to discover.“

The research was conducted with support from the Natural Sciences and Engineering Research Council of Canada, the Killam Trusts, the Smithsonian Tropical Research Institute, the Colombian Geological Survey, the Colombian Association of Petroleum Geologists & Geophysicists and the ARES Geological Corporation.

The study, “Exceptional Preservation of Mid-Cretaceous Marine Arthropods and the Evolution of Novel Forms via Heterochrony,“ was published in Science Advances.