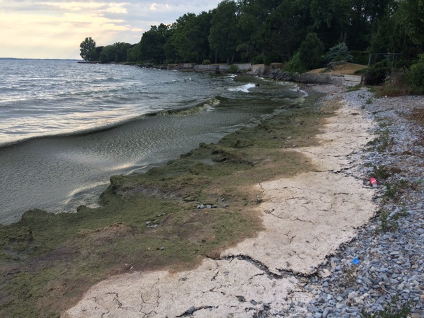 There are many reasons to control nitrogen pollution, but freshwater eutrophication is not one of them.

Study shows that the current recommendation to remove both nitrogen and phosphorus to reduce algal blooms in lakes is no more effective than removing just phosphorus. 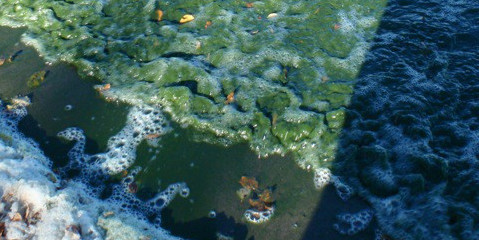 Several prominent Canadian and American scientists are urging governments around the world to focus on controlling phosphorus to decrease the frequency and intensity of algal blooms in freshwaters. Their recommendation follows this week’s publication of a feature article in a leading environmental science journal, Environmental Science & Technology. The article reviews the results of whole-lake studies where phosphorus, nitrogen or both elements had been controlled.

“Thirty seven long-term, whole-lake studies conducted in nine countries in Europe and North America showed that controlling a single element, phosphorus, reduced algal blooms in lakes,” says David Schindler, professor emeritus at the University of Alberta and the study’s lead author. “Studies of controlling nitrogen, either alone or with phosphorus, showed no discernible effect on algal blooms. Lakes where phosphorus reductions successfully reduced algal blooms ranged in size from small ponds to Lake Superior, in a wide range of climatic and geological settings.”

In the 1970s, phosphorus inputs to lakes were regulated in Europe and North America in order to halt or reverse the proliferation of algal blooms and related changes in lakes, collectively termed eutrophication. Eutrophication is one of the leading causes of freshwater pollution. The problem costs an estimated $2.2 billion per year in the U.S. alone and is the leading cause of drinking water problems in most developing countries.

However, in the past 10 years, some scientists have argued that controlling phosphorus alone is not enough, and that nitrogen inputs must also be reduced. In response, the European Union has required nitrogen removal as well as phosphorus from sewage effluents;, and in 2011 the U.S. EPA announced that it would be “partnering” with states to control both phosphorus and nitrogen. In New Zealand a nitrogen loading cap has been imposed on the watershed of its largest lake, Lake Taupo, without any defined phosphorus loading limit.

According to this new study, reducing nitrogen as part of these control efforts won’t actually help the eutrophication problem. “The recommendations of some scientists for nitrogen control are based on correlations, or on the results of short term assays where nutrients are added to small containers of algae. These poorly represent the long-term responses of whole lakes, especially when nutrients are removed, rather than added,” says Schindler.

In the sole long-term study where input of nitrogen alone was reduced, the size of algal blooms did not decrease. Instead, the proportion of cyanobacteria increased. Cyanobacteria, often referred to as “blue-green algae” are the “public face of the eutrophication problem,” says Steve Carpenter, director of the University of Wisconsin-Madison’s Center for Limnology and a contributing author on the paper. Cyanobacteria can flourish even when nitrogen in the water column is reduced because they can “fix” or take in nitrogen from the atmosphere. And that’s a problem, according to Carpenter, because some species produce toxins that pose human health concerns, like the cyanobacteria bloom in Lake Erie that caused the shutdown of Toledo’s water supply in 2014. What’s more, many of the species float and form the scums that accumulate, rot on beaches, and cause fish kills.

In the study, in lakes where nitrogen and phosphorus were both decreased, the decline in algae correlated only with declining phosphorus, while excess nitrogen was either denitrified or accumulated in dissolved form.

“In many ways, our conclusions are good news,” says co-author Diane Orihel, Banting and Liber Ero Fellow at the University of Ottawa and UAlberta alumna. Controlling inputs of phosphorus is much less costly than controlling nitrogen, and estimated costs of reducing both elements range from four to eight times higher than reducing phosphorus alone. While nitrogen removal is not necessary to control algal blooms in lakes, it is causing problems with soil acidification and groundwater pollution in some areas. Adds Orihel, “There are many reasons to control nitrogen pollution, but freshwater eutrophication is not one of them.”