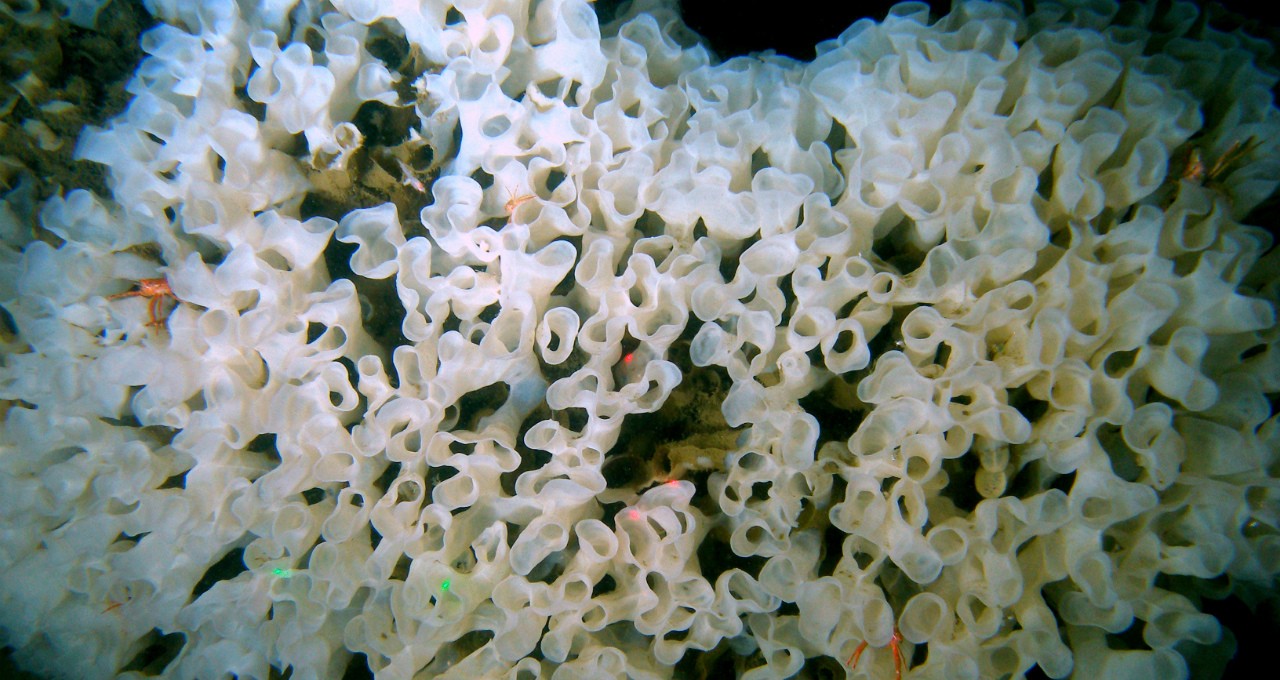 Tall, thin sea sponges like this one can survive in low-oxygen environments using a chimney effect to filter water. (Photo courtesy Sally Leys)

A new study of modern sea sponges is beginning to tell us how early life forms such as sea sponges found ways to survive in extreme environments prior to the evolution of modern life and the oxygenation of Earth’s oceans between a billion and 541 million years ago.

“Sponges that thrive in low-oxygen environments act like a chimney,” explained Sally Leys, a University of Alberta biologist who led the study. “They have to be very skinny to allow water to be pulled through by this chimney effect. We call this passive filtration.”

As oxygen levels in Earth’s oceans slowly began to rise, the delicate sea sponges began to plump up, growing wider to take in more food and oxygen as they became more available.

The new research shows it is possible for similar, ancient sponges to have lived in the Neoproterozoic Era. The results also give scientists a search profile for what they might look for in fossils, as the investigation of Earth’s oxygenation and the evolution of modern life from our ancient oceans continues.

Understanding the creatures that survive, and even thrive, in extreme environments is becoming increasingly important.

“Pollution and climate change have created increasingly large dead zones in our oceans,” said Leys. “The more we learn about how life begins and survives in these environments, the better.”

“Sponges only get as big as the flow that feeds them,” said Leys. “They are able to self-organize and adapt in this way. They develop to the environment in which they live and to which they’ve become accustomed to over the millions of years of their evolution. That versatility is the kind of thing that makes them successful.”

The study, “Oxygen and the Energetic Requirements of the First Multicellular Animals,” is published in Integrative and Comparative Biology.