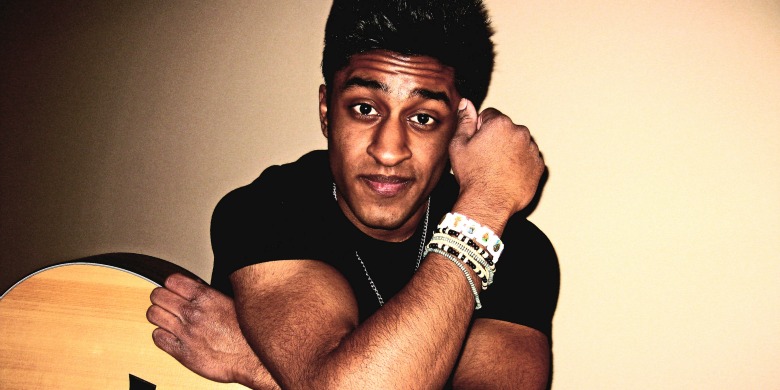 130301-joshsahunta-banner
Josh Sahunta, a first-year arts student at UAlberta, is in the running to become "Canada's Best New Artist" in a CBC Radio competition.

(Edmonton) As far back as Josh Sahunta can remember, he has dreamt of a music career that is out of this world.

The first-year arts student’s stellar dream is a little closer to liftoff, thanks to the strong showing of his song Supernova through the first round of the CBC Radio competition Searchlight: The Hunt for Canada's Best New Artist.

"I entered the CBC Music competition last minute as I had only found out about it half an hour before the submission deadline," said Sahunta, who wrote, composed and sang Supernova, which features vocals by local high-school singing sensation Kayla Patrick. "I have had large spikes in my YouTube video views as well as a significant boost on my Facebook fan page since the entry of my song.

"All of this is so new to me, which makes the experience so incredibly exciting."

Sahunta says he intended Supernova to be a love-lost ballad that anyone who ever suffered a broken heart could relate to, tempered by a catchy melody that makes the song a bit of a toe-tapper. "It's about a relationship that comes to an end without any prior warning at all. It deals with the shock and heartbreak associated with a sudden loss of someone dear to you."

Sahunta also shot a video for Supernova, opting for a number of U of A landscapes as the backdrop for much of it.

"Every kind of location was at our disposal—perfectly lit indoor scenes, the path in front of the CCIS building, which was conveniently lined with lit lampposts, and the empty parking lot—it all gets the creative juices going crazy."

Sahunta, who is eyeing a career in criminal psychology and forensics, says making it in the music industry would allow him the luxury of doing the two things he loves most—travelling and performing music. But until that musical dream arrives, the psychology major is looking forward to taking advantage of all the opportunities the U of A is offering.

"I decided to come to the U of A because of the opportunities it provides to its students," said Sahunta. "No matter who you are, it has something for you."

For instance, Sahunta says he was never one for joining clubs, but that quickly changed when he arrived on campus in September.

"Who wouldn't want to join a sword-fighting club? It's just such a welcoming place. Though it is large, once you get acquainted, the place becomes like a second home. I hope to have a truly well-rounded educational experience that provides me with skills that allow me to help people to the best of my abilities."

Voting for the second round ends at midnight March 3. Winners of the regional competition will be entered into the national competition, with the winner receiving $20,000 in Yamaha music equipment.

Watch the video for Supernova