Medical researcher to gauge effectiveness of involving Alberta pharmacists in treating the leading cause of stroke. 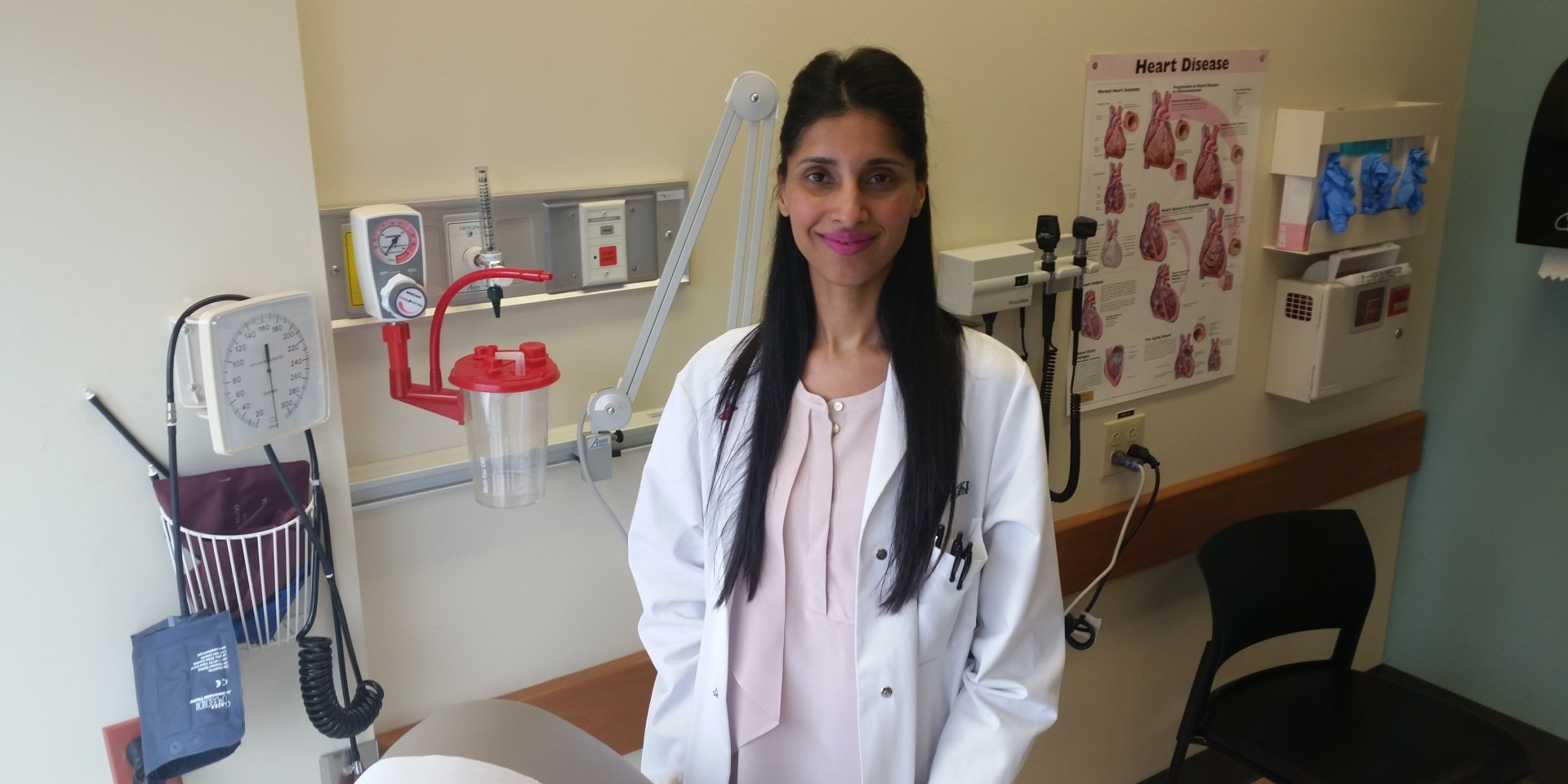 Roopinder Sandhu has received more than $350,000 in research grants to assess the effectiveness of integrating Alberta pharmacists into treatment of atrial fibrillation.

(Edmonton) It’s clear that Roopinder Sandhu loves her work. The assistant professor in the Faculty of Medicine & Dentistry’s Department of Medicine can’t hold back her smile when talking about her latest research project, which will see Alberta pharmacists integrated into the health-care system’s treatment of atrial fibrillation (AF), the leading cause of stroke.

“It’s an incredible opportunity,” says Sandhu. “No interventions for AF have been shown to improve survival and reduce serious morbidity beyond oral anticoagulation therapy for stroke prevention. This research will generate new knowledge on an innovative, and potentially sustainable stroke prevention strategy to increase evidence-based use of oral anticoagulation therapy in patients with AF.”

Atrial fibrillation is the most common heart rhythm disorder, affecting about 350,000 Canadians, including one in four seniors over the age of 75. People with atrial fibrillation have a risk of stroke that is three to five times greater than the risk among those without atrial fibrillation. The condition is also the cause of 15 per cent of all strokes, accounting for an estimated 15,000 new strokes in Canada each year.

Sandhu’s project is the next step in the research she has been conducting for the past year seeking better ways to identify Albertans with unrecognized AF, or those with known AF who are undertreated in the community. According to Sandhu, established therapies that thin the blood have proven to be safe and effective for stroke prevention but are currently underused. Her work seeks to address existing care gaps and is now being helped along with two substantial grants from the Canadian Stroke Prevention Intervention Network (CSPIN) and the Heart and Stroke Foundation, worth $205,000 and $150,000 respectively over three years. The funding will allow Sandhu to conduct a randomized trial that will see pharmacists prescribing blood thinners for the treatment of atrial fibrillation in their communities. The new treatment model’s effectiveness will then be compared with the current practice model.

“We are performing our study in Alberta because pharmacists here have the ability to access electronic medical records, and order and interpret lab tests. It is also the first province to allow independent prescribing for pharmacists,” says Sandhu. “So what we want to see is, if you have collaborative pharmacist involvement in the treatment of AF, is there ultimately an increase in the use of blood thinners in appropriate patients?”

Sandhu’s work has additionally been funded through a previous $75,000 grant from the University Hospital Foundation. The next phase of her study will involve about 360 patients randomized in pharmacies in the Edmonton region. And although the work is still in its early stages, she hopes it will show that involving pharmacists in the treatment of atrial fibrillation may help a greater number of Albertans avoid the consequences of stroke.