Seismic for the spine: vibration technology offers alternative to MRI

UAlberta twin control study shows vibration has potential as a diagnosis tool that could also identify new categories of back problems. 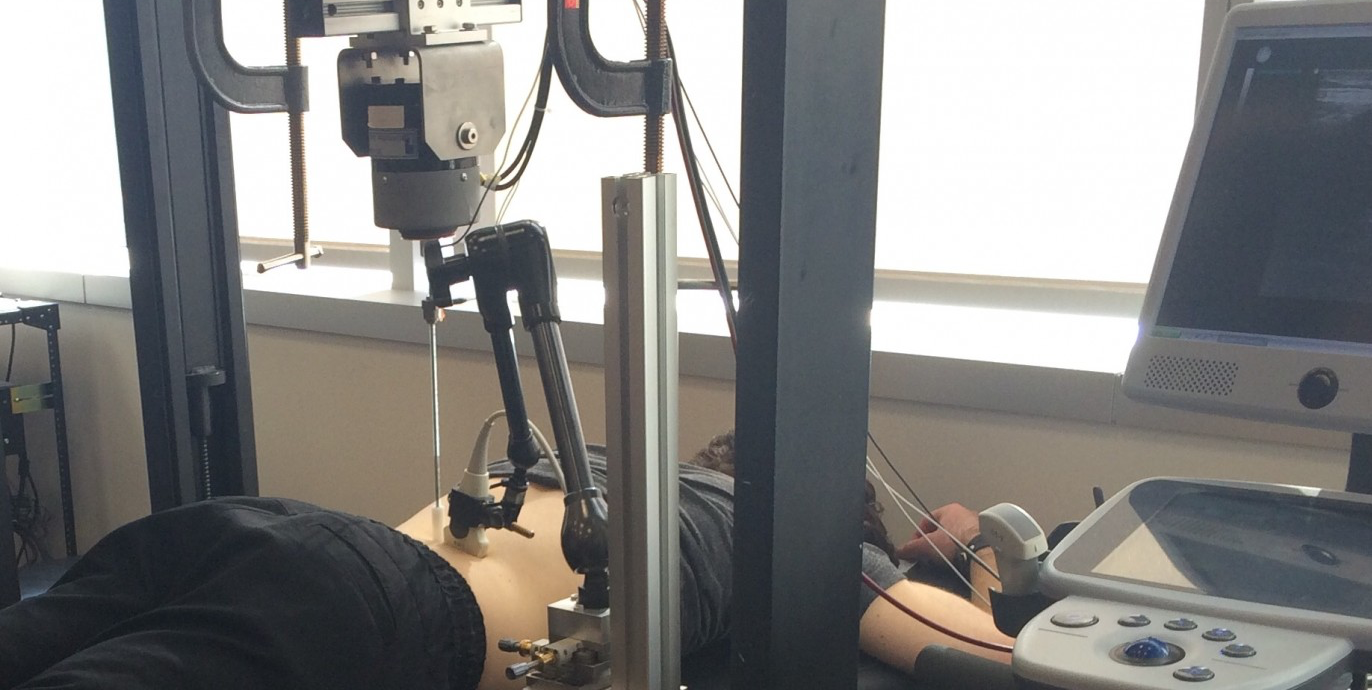 The vibration technology detects structural changes in the spine, and may reveal more than MRI when it comes to treating back pain. By Laurie Wang

(Edmonton) Magnetic resonance image isn’t everything. A new University of Alberta study shows that vibrating the spine may reveal more when it comes to treating back pain.

Teaming with the University of Southern Denmark to study the lumbar spines of twins, Greg Kawchuk and his team demonstrated that structural changes within the spine alter its vibration response significantly.

Published online in Nature: Scientific Reports on March 11, the identical twin study design is significant and unique for biomechanical studies like this one. In instances where twins had similar spines, the vibration responses were statistically similar. But if one twin had a different spine (due to an accident or injury for example), the vibration responses were significantly different.

“In Denmark we have the world’s largest and most comprehensive twin registry, and using this unique resource, we have been able to contribute to research that can potentially help to diagnose millions of back pain patients,” says Jan Hartvigsen, professor of clinical biomechanics and musculoskeletal research at the University of Southern Denmark.

The findings show the viability of vibration as a diagnostic tool that could help improve MRI utilization in the short term, Kawchuk says.

“One of the biggest problems in back pain today is overutilization of MRI scans in patients who do not need them. This is a waste of health-care resources that leads to overtreatment and even increased disability. By using a simple, safe and inexpensive technology like this, we can potentially decrease the use of these scans significantly," says Hartvigsen.

The study also has implications in the long term and could provide new diagnoses not revealed by current imaging tests.

“Back problems are a significant cause of disability worldwide. For 90 per cent of these patients, current diagnostic methods are not able to identify their problems,” says Cameron Schuler, president and CEO of VibeDx™, who co-founded the VibeDx Diagnostic Corp, a TEC Edmonton spinoff company that has licensed the technology developed by Kawchuk. “Our hope is VibeDx will help improve our ability to identify the cause of the patient's back problem, which will then assist clinicians in matching a patient to the best course of treatment for their specific situation.”

The Faculty of Rehabilitation Medicine at the University of Alberta

As the only free-standing faculty of rehabilitation medicine in North America, the Faculty of Rehabilitation Medicine’s vision is to be at the forefront of knowledge generation and scholarship in rehabilitation. Through excellent teaching, research and service to the community, the Faculty is committed to enhancing quality of life, promoting participation and autonomy, and improving function for citizens in Alberta and beyond.