Seven things you need to know about Super Tuesday 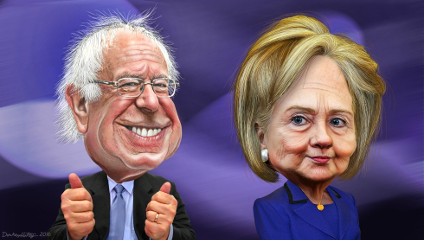 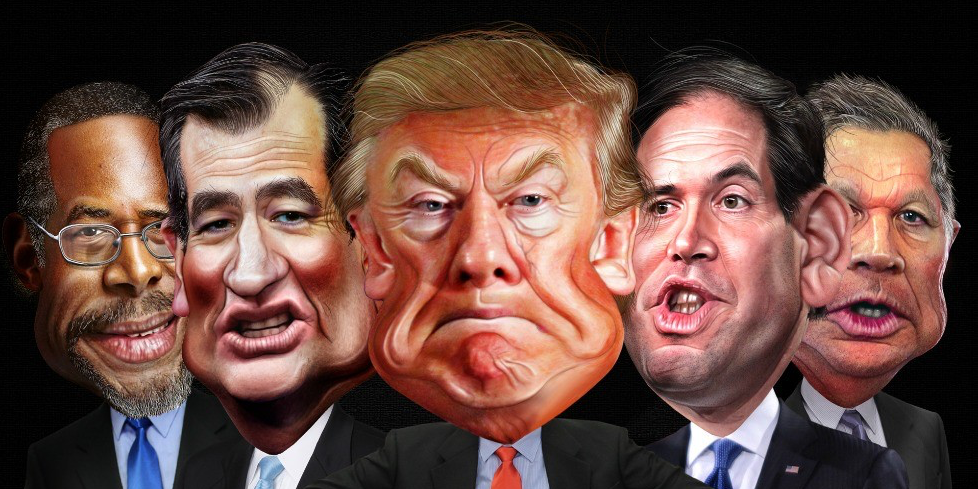 Donald Trump has defied expectations to emerge as the front-runner on the Republican side of the U.S. presidential primary season. (Illustration: DonkeyHotey, Flickr, shared under Creative Commons licence)

What happens on Super Tuesday?

On Tuesday, March 1, Democrats choose delegates to their national presidential nominating convention in 11 states and American Samoa. Republicans choose delegates in 12 states (except that the Colorado GOP will caucus but not vote, for the weird reasons you can read about in this story from the Denver Post).

Why is Super Tuesday such a big deal?

It involves a large block of states that is weighted to the southeast but still diverse in party propensity in statewide elections. For example, Texas and Oklahoma are Republican red. Massachusetts and Vermont are Democratic blue. Minnesota and Virginia are "depends on the year" purple and could go to either party.

Democrats will choose about 22 per cent of their delegates on that day, and Republicans will chose about 25 per cent.

And Hillary Clinton will win the Democratic nomination on Tuesday—she already has almost 25% of the delegates she needs. Why? Her small advantage over Vermont Senator Bernie Sanders in voter-chosen, pledged delegates (from Iowa, New Hampshire, South Carolina and Nevada) is amped up by the fact that she seems to have the support of virtually all superdelegates so far.

For Republicans, the impact of Super Tuesday is less predictable. Donald Trump, the March front-runner who has blown away the expectations of many observers (including me), may take huge steps toward wrapping up the nomination. With the endorsement of his former opponent, New Jersey Governor Chris Christie, Trump gets mainstream credibility. But Florida Senator Marco Rubio and Texas Senator Ted Cruz are going into territory that is geographically closer to home, and possibly demographically (if they attract Latino support or if Rubio is more appealing to middle-class white women).

March 15 is a mini-Super Tuesday that may in fact be definitive for the Republicans with the five big “swingy” states of Ohio, Florida, Missouri, Illinois and North Carolina.

We keep hearing all this stuff about caucuses and primaries—how do these things w​ork?​

Primaries are statewide elections, like regular elections except that in most states you have to choose which party nomination you want to participate in. There may well be other party nominations happening at the same time for Congressional candidates or those running for state and local offices—Americans vote a lot.

Caucuses are local, face-to-face meetings—they would look more like parties' riding nomination meetings in Canada, but presidential (or U.S. Senate or gubernatorial) caucus results get aggregated at the state level. Caucuses are the old style of nomination, and they require more effort on the part of the voters; not surprisingly, they're less common since primaries were introduced in the early 1900s.

This is a good time to point out that U.S. parties don't have members. People may register to vote in a party's primary or caucus. They may give money to a party. They may identify with a party and they may be involved in a party's organization (as, say, a delegate). But there is no formal membership.

​Several key factors differ among the parties and states, including what "open" and "closed" primaries and caucuses means in practice, how people's votes are translated into delegates for the candidates, and what delegates aren't even selected this way.

​I​t is so ​important to ​avoid​ the rabbit hole of the details of so many different nomination processes. Plus, things change every four years! I use ballotpedia.org when I need to know technicalities.

What's a superdelegate, and why do people keep saying they're so important?

​Superdelegates are delegates to the national presidential nomination conventions who are party insiders chosen by party insiders (including elected officials and key members of party organizations at various levels). They are allocated by state population. Whereas the delegates selected by voters are usually pledged to candidates, superdelegates are not pledged. They vote for whichever candidate they chose. But they typically amplify the lead of a front-runner, ending any internal battles early and creating a big winner at the convention.

The point of superdelegates is to either amplify or offset the votes in primaries and caucuses for non-mainstream candidates. They are meant to offset the support for candidates—this year, Bernie Sanders for the Democrats and Donald Trump for the Republicans—deemed by the national party committees, Congressional leadership and traditional big campaign spenders as either unelectable against the other party or as a threat to the party's entire local-state-national tickets.

Caucuses and primaries draw voters who are more liberal than the average Democratic voter and more conservative than the average Republican voter, so they will not reliably choose the most electable candidate in a two-party system. Primaries are especially unpredictable, because they use TV ads and big spending that promote candidates as individuals who may even be running against their party.

Historical fact: Superdelegates were introduced by the Democrats beginning with the 1984 election. The party had opened its delegate selection rules to include more diversity, and these more diverse delegates nominated, in 1972, the very liberal South Dakota Senator George McGovern to run against the incumbent president, Republican Richard Nixon. McGovern won only Massachusetts and the District of Columbia, and Nixon's popular vote margin over McGovern remains the largest in history.

Until this year, Republicans have had far less need to rein in the party’s voters and delegates, and they are less reliant on superdelegates. It will be interesting to see if they change their rules for 2020, no matter the outcome of this year's presidential nomination and general election.

Superdelegates can shift the momentum of a formal nomination calendar that drags on for five months, with Iowa​ and New Hampshire insisting on being the earliest. If, say, the Republicans come out of Super Tuesday with no clear front-runner, superdelegates may start to line up behind one candidate to create one and avert months of infighting.​ After Super Tuesday, both parties will begin allocating superdelegates more heavily to the primary and caucus winners.

In 2008, Democrats Hillary Clinton and Barack Obama were still competitive into the spring; Obama eventually gained enough momentum via later primaries and caucuses, but superdelegates may have been decisive if he hadn't.

A lot of people are wondering how close Trump is to winning. What's the chance of someone like Rubio or Cruz passing Trump?

​Marco Rubio has redeemed himself from his horrendous performance in New Hampshire, due in part to Christie's verbal pummelling of him at the debate. But Trump did not collapse in South Carolina, Christie has again come to his rescue, and the delegate allocation rules are increasingly winner-takes-all. What looked—certainly to me—like the impossibility of Trump appealing to an incoherent but broad set of voters and being serious enough about the nomination to work for it on the ground is now the emerging reality.

March 15 may be when Trump seals his deal, if he continues his successes on Super Tuesday. If Rubio does well on Super Tuesday, March 15 will be his last opportunity to permanently shift the momentum.

The New York Times has a fascinating interactive feature laying out the strategies for all three.

Does Sanders have a chance of beating Clinton?

He never did. That is not a comment on his merits, but on the political facts and the electoral math.

Any states in particular to watch?

​Texas, the second largest state in the U.S. We have seen that pre-primary polls are often soft, and they may well be overstating Cruz's lead over Trump. Also, depending on the county, Texas polls close one or two hours after the polls in the eastern time-zone states; Cruz supporters may stay home or shift once they see what certainly will be better evenings for Trump and Rubio.

Seven things you need to know about Super Tuesday