Self-administered hand massage shows promise in U of A research on young adult athletes recovering from concussions. 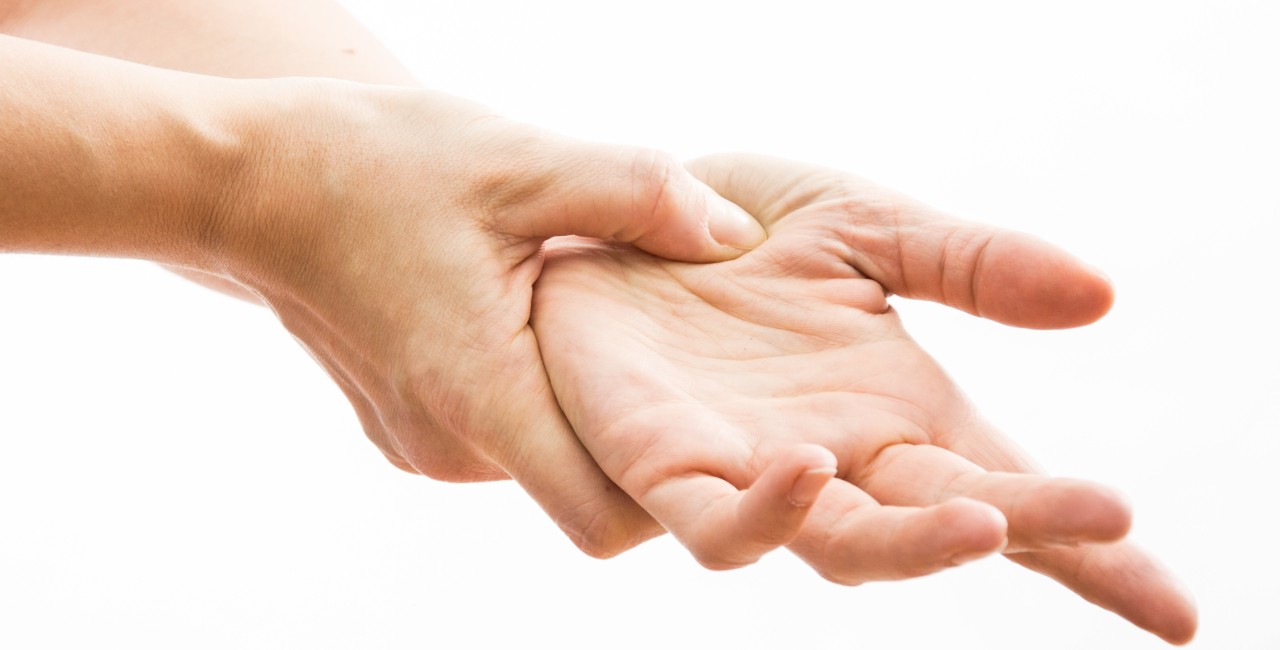 In a two-month pilot study, athletes recovering from concussions reported getting better sleep after administering shiatsu massage to their hands for 10 to 15 minutes at bedtime. (Photo: Getty Images)

Young athletes who suffer concussions can gain the upper hand in getting a better sleep through a traditional Japanese massage practice, new University of Alberta research shows.

A pilot study from the Faculty of Rehabilitation Medicine used hand self-shiatsu (HSS) with post-concussion athletes aged 18 to 25, and found that most of them reported getting better quality sleep.

“That’s important, since sleep is essential to recovering from a concussion,” said professor Cary Brown, co-author of the study led by master’s student Pei Qin. Without enough rest allowing the brain to heal, symptoms of concussion like poor balance and cloudy thinking can recur, she said.

As an alternative treatment to reduce or even eliminate the need for sleep medication, HSS is especially suited to athletes, who want to avoid the risk of being sidelined for medical reasons or suspected of doping issues, said Brown, from the Department of Occupational Therapy. “They don’t want anyone to know they’re having a problem, because that could have implications for a career in athletics.”

At the same time, getting a good night’s rest is especially important for them, she added. “It’s tied to performance. If they’re not sleeping properly, they’ll have problems in competition with concentration, judgment and reaction time.”

For the research experiment, HSS was taught to a group of seven young athletes who reported having sleep problems within six months of sustaining a concussion. The athletes spent 10 to 15 minutes at bedtime applying gentle pressure to a pattern of pressure points on their hands and repeated the process if they awoke during the night.

At the end of the two-month trial, they all reported a statistically significant improvement in their perceived sleep quality and less daytime fatigue. In fact, most of them felt sleepy or dozed off before they could finish the technique. “They felt they were better able to sleep and that they were more rested.”

The participants also liked that HSS was free, easy to do and private, and they tended to stick with it, Brown noted.

“It’s not a big ask. You do it while relaxing in bed and you can do it quickly. Most were still doing it at the end eight weeks, twice a week, which tells us that they found HSS useful.”

Though more research needs to be done to explore how shiatsu actually helps bring on sleep, it could be related to some kind of physiological change or because it creates a distraction that helps break the cycle of worry for people stressed about their sleeplessness.

“The brain can only concentrate on one thing at a time, so if we can find something that is taking tension and worry away, it stops the body from producing stress hormones that keep you from sleeping,” said Qin. “We’re trying to interfere with that worry cycle.”

“HSS may also be effective because it gives people an increasing sense of control and ability to manage their symptoms,” Brown said.

The results, which have already revealed some success for chronic pain sufferers, show that HSS could be used by others grappling with sleep problems, said Brown, whose current research is focused on teens with chronic pain. She’s also received funding from Veterans Affairs Canada to see whether HSS can help veterans and their families. “Both of these groups have problems that interfere with restorative sleep.”