There is this perception that weightlifting is dangerous, but the science doesn’t match this.

U of A biomechanist debunks myth that weightlifting is dangerous for kids and suggests it might be a necessary piece to combat an increasingly sedentary lifestyle. 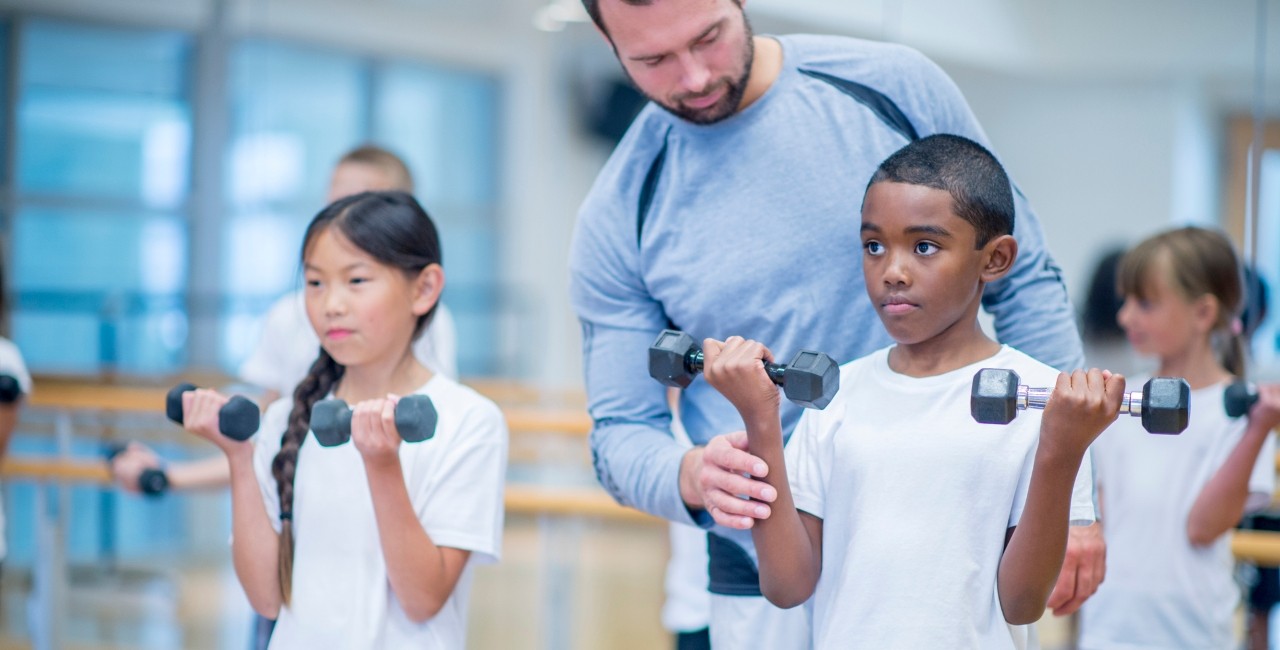 Lifting weights won't hurt kids or stunt their growth, and may even be beneficial for helping them build strength and bone density during growth spurts, according to a U of A physical activity expert. (Photo: Getty Images)
A multi-ethnic group of elementary age children are standing together in the gym and are learning how to lift weights

Lifting weights is not the invitation to injury and developmental issues in young people that it was once thought to be—in fact, it might even be necessary in some cases, contends a University of Alberta physical activity expert.

“When we’re doing right by our children and exposing them to a lot of physical activity outside, and not necessarily sport-specific activity, then children develop naturally,” said Loren Chiu, a U of A biomechanist and weightlifting coach.

“However, weight training or skill development can be used to fill in the gaps to get adolescents to where they should be to avoid problems as they age.”

Conventional wisdom has always held that resistance training in still-developing athletes had too many drawbacks to make it worthwhile. The main concerns were that it would lead to injuries and stunted growth.

Chiu explained the data for the stunted growth myth were derived from research carried out decades ago on children from developing countries who had been forced into child labour.

“These children were performing 10 to 12 hours of physical activity a day, which is well beyond what a child should be doing,” he said. “On top of that, there was a good chance these children were malnourished, so who’s to say they wouldn’t have stunted growth anyway.”

As for injuries, Chiu said studies show that working squats into a training regime produces less stress on the body than running.

“We don’t say running is bad for children to do, we say squats are bad. Landing from a jump in volleyball puts much more stress on the spine than a set of squats, but we don’t say, ‘Don’t jump and land.’

“There is this perception that weightlifting is dangerous, but the science doesn’t match this.”

Not only is resistance training a great way to increase muscle strength or bone density in youth, Chiu said depending on the timing, the research suggests lifting weights could help developing athletes overcome those awkward stages that coincide with growth spurts.

He said puberty represents the biggest gap between strength and growth in children. It is during this time in life that the spine begins to transform to accommodate the size changes that come with becoming an adult.

“Depending on levels of physical activity children have experienced before they go through puberty, they might not be strong enough to support the skeleton as bones grow,” said Chiu. “If that’s the case, it might be valuable to strengthen those muscles in the spine, back and abdominal region and bring it up to where it should be to avoid posture problems down the road.”

Chiu said this growth-to-strength ratio deficit is especially pronounced in girls because puberty occurs earlier, so they typically have performed less total physical activity than when boys reach puberty. However, he also noted the proportionately larger growth spurt boys encounter during puberty may leave them proportionately weaker than girls in puberty’s aftermath.

“It’s like we want to prepare the body for the changes that are coming. If we wait until afterwards, obviously it can be fixed, but it would be easier to address these issues first and it becomes smoother sailing as they get older,” Chiu explained.

He added that resistance training probably isn’t necessary unless it somehow meets the athlete’s goals.

“A lot of parents will put their children in a weight training program because they think that’s what they need to become better athletes, when actually, in most cases, their time would be better spent working on specific skills related to their sport,” said Chiu.

“Parents have to ask if there is something else their child could be doing, considering all the demands on their time.”