Show takes frank, funny look at sex and aging through an Indigenous lens

‘Tipi Confessions’—created by two U of A profs—aims to reclaim the pleasure in Indigenous sexuality. 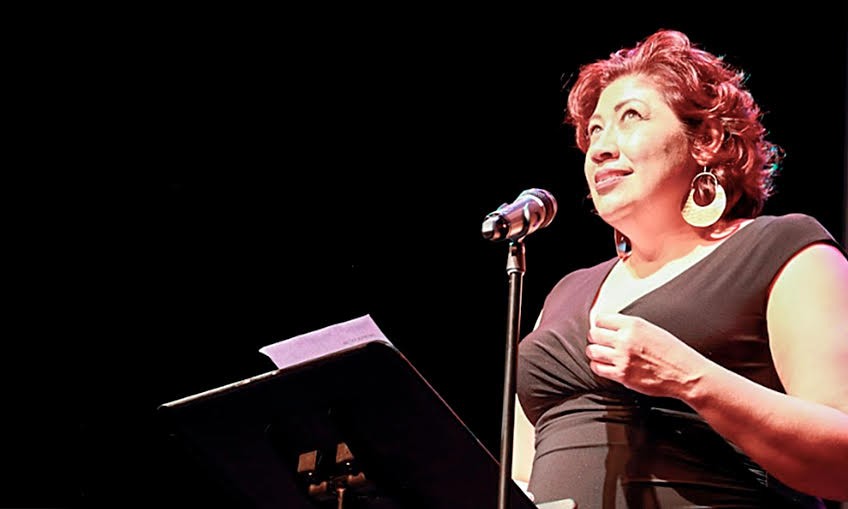 When University of Alberta professors Kim TallBear and Tracy Bear decided to launch Tipi Confessions, a show that explores sex and sexuality through the lens of humour, inclusivity and decolonization, they wanted to create something that reclaimed pleasure in sexuality.

“Indigenous sexualities have been repressed through different institutions—through religion, through residential schools,” said TallBear. “Tracy works on activism around these things, missing and murdered Indigenous women in particular, and she said every time you Google Indigenous women and sexuality, you get violence and trauma.”

To counteract that narrative, the researchers from the Faculty of Native Studies wanted to put out something that was positive and healing.

TallBear looked to Bedpost Confessions, a live show created by her friends in Austin, Texas, that merges entertainment, ethics and sexuality, for inspiration. She asked if she could take their idea and do an Indigenized version, and they agreed.

“Part of healing from these damaging histories is to also focus on positive, pleasurable sexualities and inclusive sexualities,” TallBear explained.

Along with co-producer Kirsten Lindquist, they produced the first Tipi Confessions show in December 2015. Since then, there have been shows across North America, with a show planned in New Zealand in 2019.

The shows feature a number of performances, interspersed with anonymous confessions submitted by the audience and read out by the hosts.

“We do storytelling, we do burlesque, we’ve had stand-up-comedy-meets-cultural-studies lectures, which are quite funny. We are co-produced by three Indigenous women and our motto is, “Everyone is welcome in our tipi,” so we’ve had non-Indigenous performers as well,” TallBear said.

Each show has a different theme, with the upcoming show’s being “Seasoned Sex.”

“Tracy and I are both turning 50 this year, so we decided to ... well, I called it ‘On Sex and Aging,’ but Tracy said that’s the most unsexy title! So we’re calling it ‘Seasoned Sex.’

“The show will feature performers talking about sex at 30, 50 and 60, and then we’re hoping the confessions that come in from the audience are around that theme of sex across different age groups and what that looks like,” TallBear explained.

As for what people can expect at tonight’s show, TallBear says they should expect to have a blast.

“It’s fun, it’s really fun. Your cheeks will hurt you’ll laugh so much. People come in and at first they may be kind of hesitant. By the second half of the show, confessions are rolling in, people’s confessions bring out other people’s stories, people leave saying, ‘Oh gosh, my partner and I went home and had a more open conversation about our sex life than we’ve ever had before.’ So it’s fun—and I think it can be transformative.”

Tipi Confessions runs tonight at 7:30 p.m., at La Cité Francophone. Another show is planned for Winnipeg in late October.

Show takes frank, funny look at sex and aging through an Indigenous lens