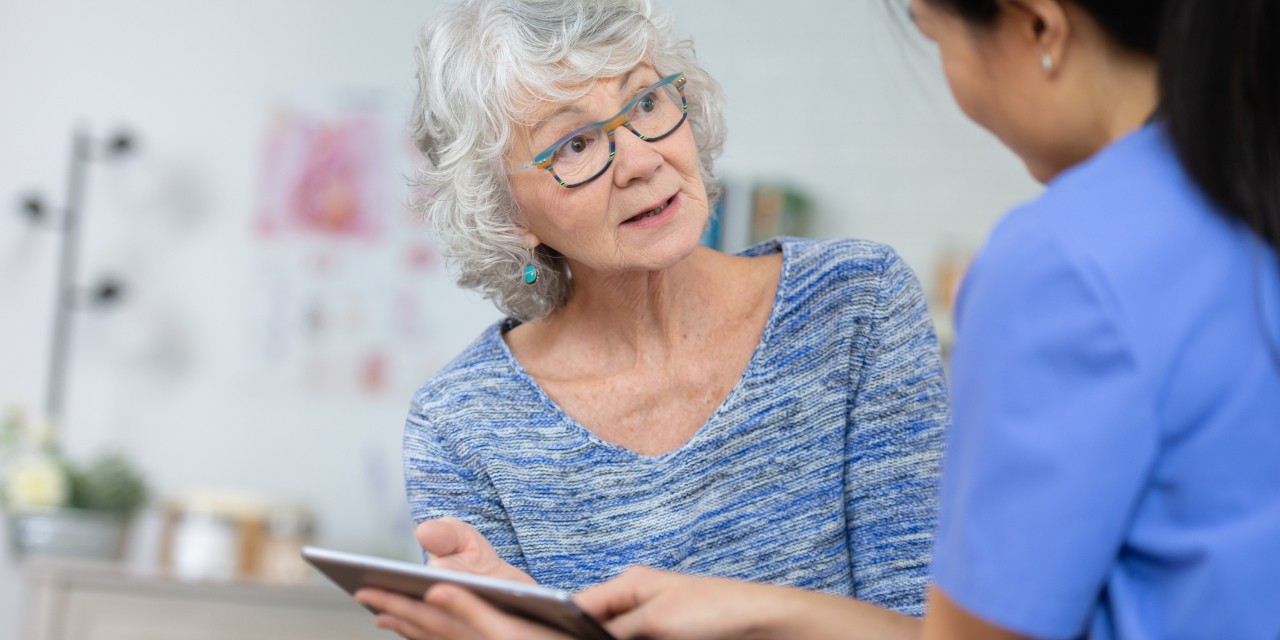 The Edmonton Frail Scale is a quick way for health professionals to determine whether a patient is living with frailty, how severe it is and where they may need support. The tool is now used in 40 countries worldwide. (Photo: Getty Images)

A simple tool developed more than 20 years ago at the University of Alberta is proving useful around the world to help a wider range of vulnerable patients than first imagined by its creator.

The Edmonton Frail Scale was originally developed by U of A geriatrician and professor of medicine Darryl Rolfson as a way to predict delirium in patients undergoing heart bypass surgery.

Since then, research has shown a strong correlation between frailty and adverse outcomes such as complications and death in various health-care settings—although it has not been established as a direct cause.

“When I went into it, I thought I was becoming an expert in the health problems that go along with age, but now we’re challenging notions about aging,” said Rolfson. “Just because you’re old doesn’t mean that you’re weak or frail.

“This is about a heightened state of vulnerability, which we can even see in relatively young people in their 50s,” he added. “And likewise, we can see more robust people into their late 80s and 90s who are not frail and don’t have this heightened vulnerability.”

The Edmonton Frail Scale tool takes about five minutes for a health-care professional to administer, covering questions such as how often you’ve been admitted to hospital within the past year, whether you need help with daily tasks such as cooking, how many medications you take, whether you have lost weight recently, and whether you feel depressed or have someone to turn to when you need help. There is also a cognition test that involves drawing a clock face and a physical functional test in which you stand up, take a walk and sit down again.

Rolfson said the tool is a quick way for health-care professionals to determine whether frailty is present, how severe it is and which dimensions are most in need of support.

Rolfson encourages anyone who is concerned about their health to ask their doctor to screen them for frailty so that deficits can be addressed.

“People don’t want to be labelled but they do want information that can be used to improve their care experience.”

Rolfson said the next steps for frailty research will be to build care guidelines for patients with frailty in a range of health-care settings, from surgical care to home care to long-term care.

That might mean giving frail patients support to get fit before surgery, for example, or choosing not to have surgery at all because of predictable negative outcomes.

“Most current disease care pathways are based on science done on younger, robust individuals,” Rolfson said. “In some populations the incidence of frailty is as high as 50 per cent, but they were never included in the original study.

“Frailty inclusive care is about saying, ‘OK, we have ways to measure frailty now, so let’s integrate that knowledge,’” he added. “For me it’s about using the Edmonton Frail Scale and other frailty measures to enhance the health-care experience of older adults or anyone living with frailty.”

The Edmonton Frail Scale is used in clinics and research labs in 40 countries and is the only frailty measurement tool built into Alberta Health Services’ new provincewide ConnectCare information system. It was developed with support from TEC Edmonton.