These birds can pack a lot of information into a really simple signal.

Singing from a similar song sheet

Chickadees perceive acoustic differences based on geography and sex. 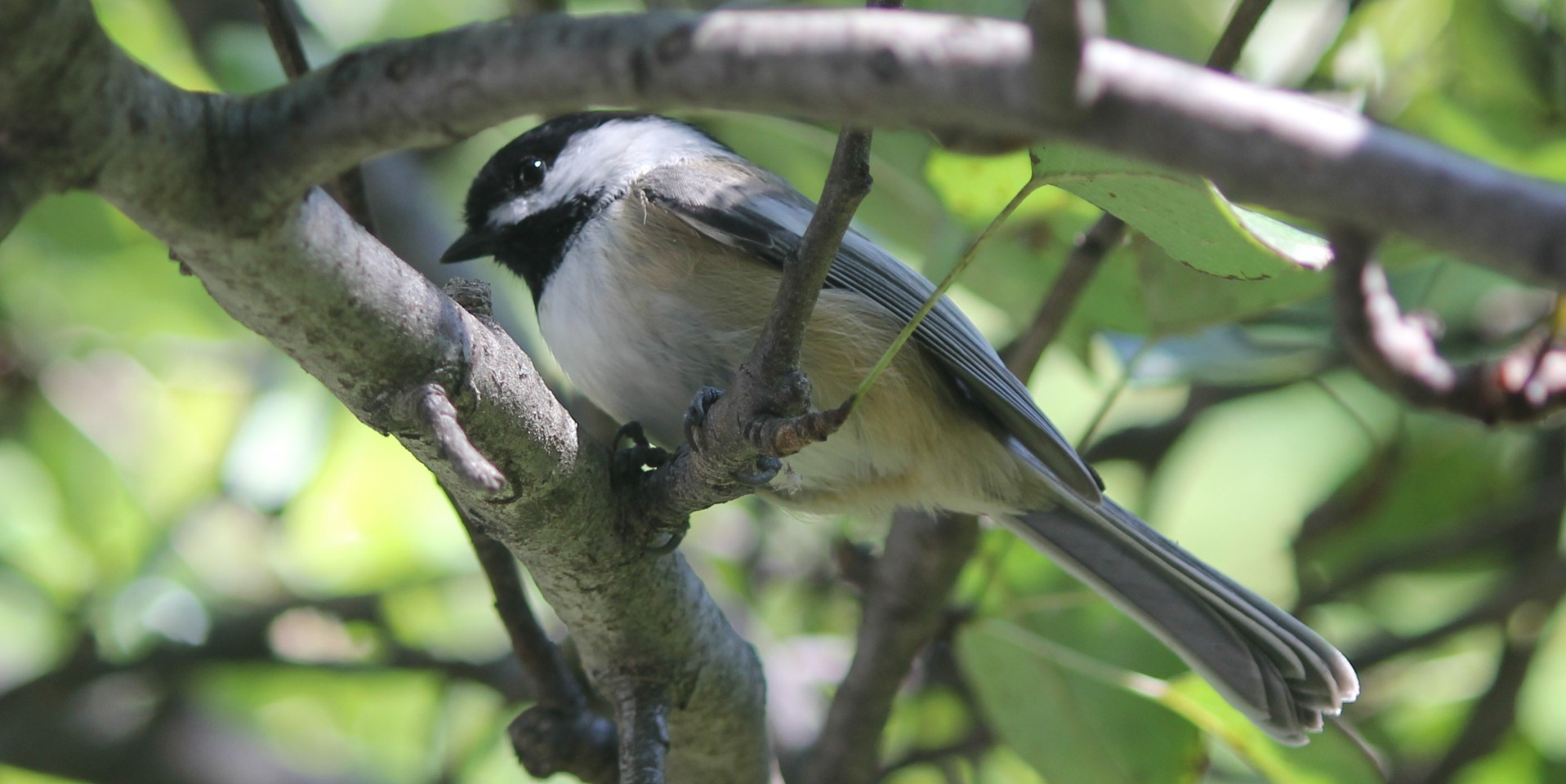 Not all birdsong is created equal. Though the melodies of many songbird species vary geographically, the songs of black-capped chickadees show remarkable consistency across most of the species’ North American range.

“The differences are subtle, and most humans wouldn’t pick up on them, yet the birds do perceive the variances,” says Chris Sturdy, professor of psychology at the University of Alberta and one of the authors on a recent study of the birds' vocal communication. “These birds can pack a lot of information into a really simple signal.”

Sturdy and his former PhD student Allison Hahn, lead author on the study, were measuring the production and perception of chickadee vocalizations. “We’re studying natural vocalizations, and we’re asking the birds how they perceive them,” says Hahn. “We can see if there are certain features within their vocalizations that birds rely on more than others to perceive differences.”

Focusing on the chickadees’ song (or "fee-bee"), used by the birds for territorial defence and mate attraction—versus the call (the ubiquitous “chick-a-dee-dee-dee”) used for flock mobilization and communication among flock members—the scientists found that the birds generalized their learning from one song to another and could make distinctions among similar songs from other geographical regions. They worked with birds from Alberta—chickadees are non-migratory—and used recordings from other locations to conduct their study.

Hahn and Sturdy made several other significant discoveries by studying the bioacoustic differences between male and female chickadees. “The previous belief was that females didn’t even sing,” says Sturdy, noting that male song has been the dominant area of inquiry until now. “People have been studying songbirds forever, but no one to date has documented the fact that female vocal production is symmetrical to males.” Sturdy notes that the findings present an entirely new avenue of natural history research.

Along with perceiving subtle nuances based on geography, the birds can also tell the difference between the sexes singing a similar song. “We taught the birds how to discriminate the two,” says Hahn, noting that the focus was on perception rather than behaviour.

“Our studies help us and the world to better understand nature,” notes Sturdy. The U of A researchers in comparative cognition and neuroethology are unique in their combination of fundamental studies of vocal production with studies of perception—allowing the discovery of whether acoustic differences observable in the first type of studies are used by the birds in meaningful ways to make sense of their auditory worlds.

The findings, “Black-capped chickadees categorize songs based on features that vary geographically,” were published in the leading international journal Animal Behavior.

Can you tell the difference?