Six UAlberta researchers elected to the Royal Society of Canada

New fellows to be inducted Nov. 24. 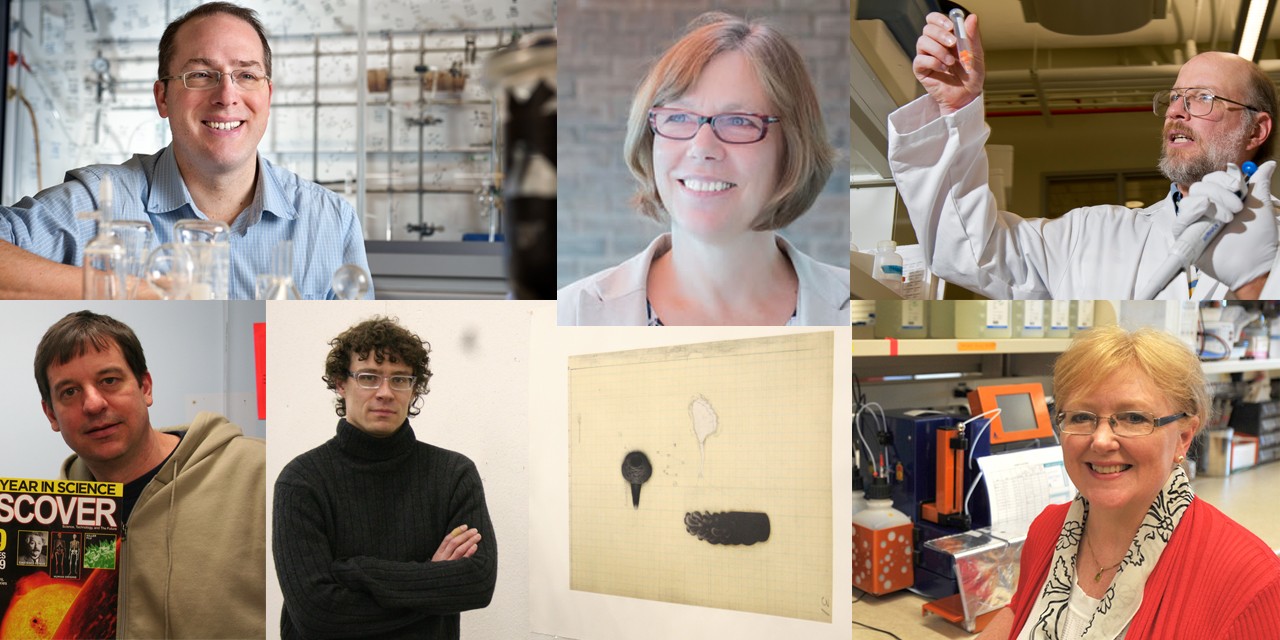 The Royal Society of Canada (RSC), the country’s oldest and most prestigious scholarly institute, has called on six UAlberta academics to join its 2017 class of fellows.

Caulfield engages in creative explorations of the tough ethical and philosophical questions related to health science research. His groundbreaking work involves sculpture and printmaking, biomedical and mechanical, ancient and modern, internal conversation and external conflict. Working with biomedical researchers, academics and artists, Caulfield’s award-winning collaborations—including the interdisciplinary initiative Perceptions of Promise, Immune Nations and Flux, which have all examined the interface of art and biomedicine—have been exhibited throughout the world.

Beyond the collaborations, Caulfield said the classroom is where he is most proud.

“I am sincerely grateful every time I walk into a studio class, but especially pleased when I see MFA students move on to professional opportunities and academic positions after graduating,” he said.

Spetch’s innovative approaches to comparative cognition have contributed to opening up a significant new research field: comparative spatial cognition. Her studies on spatial memory and orientation across different species have invigorated comparative cognition worldwide. Spetch has also advanced our understanding of decision making across different species and is internationally renowned for her research on how animals perceive, learn about and remember their worlds.

“I have had the privilege of being a part of research advances in understanding how animals learn about and navigate their worlds,” said Spetch, who contributed to the founding the Comparative Cognition Society. “I am fortunate to have collaborated with excellent scholars at the University of Alberta and internationally.”

Konhauser’s research ranges from the role of microbes in metal binding and forming minerals to describing the biogeochemical processes controlling elemental cycling in oceans through time. His work is significant in understanding the evolution of oxygenation on the early Earth. Some of the highlights of his research include understanding the mechanisms underpinning the adsorption of metals to bacteria and biomineral formation to using his knowledge of modern biogeochemical cycling to infer the timing of our planet’s oxygenation. He has published the authoritative textbook on the subject, is the founding editor-in-chief of the journal Geobiology and founder of the Geobiology Society.

West has focused her career on finding treatments for infants with lethal cardiac malformations. Through rigorous scientific and clinical investigations, West discovered that blood group mismatched heart transplants could be carried out safely during infancy, which saves hundreds of newborn babies worldwide each year and has profoundly transformed our understanding of the human immune system.

"Discovering avenues forward for children with otherwise lethal heart disease is immensely fulfilling," said West. "I have also had the privilege of leading a large and talented team of researchers across Canada in developing new therapies for patients with complex diseases."

Wishart has made important research contributions to structural biology and metabolomics. In the 1990s, he discovered fast and efficient methods to help determine protein structures. In the mid 2000s, he directed the Human Metabolome Project, a multi-year project that helped give birth to the field of metabolomics. The resources he created are now accessed by millions of users each year.

"My research has spanned many areas in the life sciences, but the common theme to most of my work has been to develop simple ideas or freely accessible tools that make science easier to do and simpler to understand," said Wishart. "My world view is that science should be fun, exciting and accessible to all. I think that it is wonderful to be recognized for the work I've done over the past 25 years to make science more 'user friendly.'"

Hall is an organic chemist recognized as a world leader in the chemistry and chemical biology of the element boron. His research work is centered on the study of the properties and the reactivity of organoboronic acids, and their multiple applications in catalysis and drug discovery. His efforts led to the discovery of new and greener reaction processes, and to new classes of organoboron compounds that are currently exploited as pharmaceutical agents.

Halls said he was fortunate to have chosen to study organoboron chemistry when he started his career, even though it wasn’t a mainstream research area at the time.

“It has since undergone a renaissance and I am proud the work of my research team has helped contribute to the current popularity and the many developments of boron compounds in several areas of catalysis, green chemistry and even in drug discovery."

The fellows will be inducted to the academies of the RSC at a ceremony in Winnipeg on Nov. 24.

Six UAlberta researchers elected to the Royal Society of Canada