Cooler spring has delayed the onset of algae blooms this summer, but they could still happen with warmer weather, says expert. 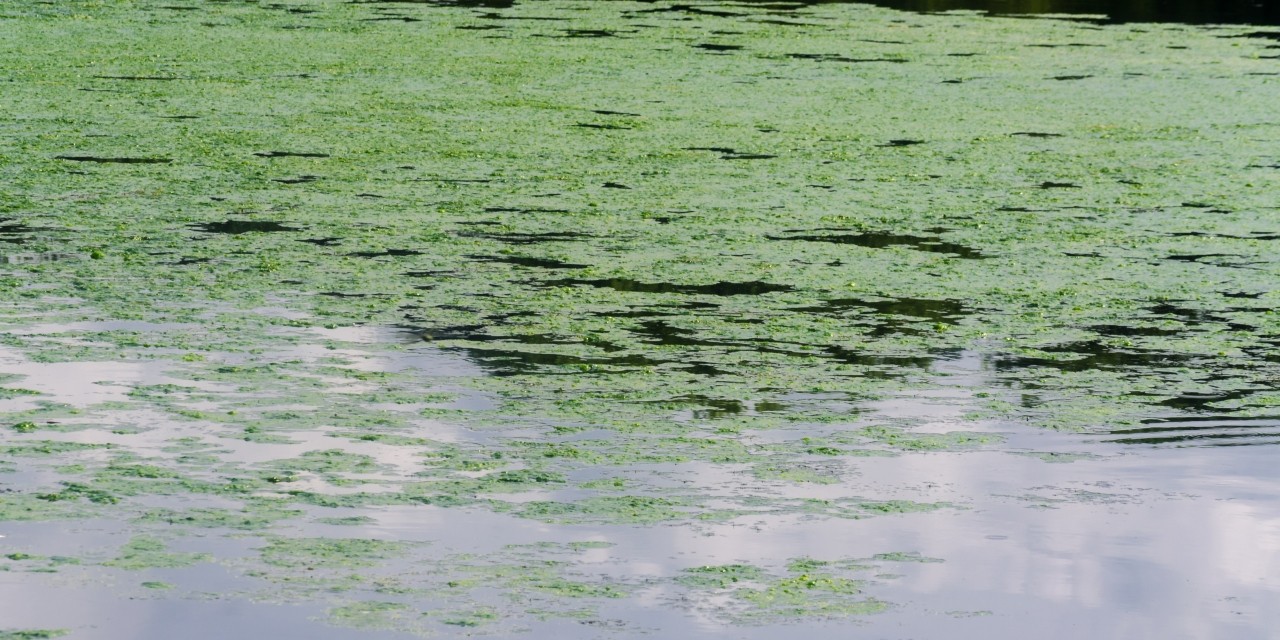 An unusually cool spring has held back blue-green algae blooms in Alberta lakes this summer, but that doesn't mean the problem won't happen later if temperatures stay warm and dry, says a U of A biologist. (Photo: Getty Images)

There have been fewer health advisories than usual about blue-green algae in Alberta lakes this past summer but that doesn’t mean the problem is going away, explained a University of Alberta biologist.

“It has a lot to do with the odd spring we’ve had this year. March was warm, but a chilly April and May meant there was still ice on many lakes in the beginning of May,” said Rolf Vinebrooke. “This delayed growing season means that lakes that typically see algal problems happening in June are only now seeing the beginning of blue-green algal blooms.”

Long story short? If you’re planning a trip to the lake, go sooner rather than later.

Blue-green algae blooms can have consequences beyond less-than-ideal swimming conditions. They also produce liver and neurological toxins that can affect humans, pets and other animals. And long-term, blooms can result in biological dead zones as algae eventually decay, depleting oxygen in lakes to critically low levels.

Vinebrooke said we may see a rebound in algae populations—especially if the late summer and fall are warm, dry and calm.

“There are hints with some of the samples that we’re receiving from Alberta Health Services that blue-green algae may be starting to make their appearance,” he noted. 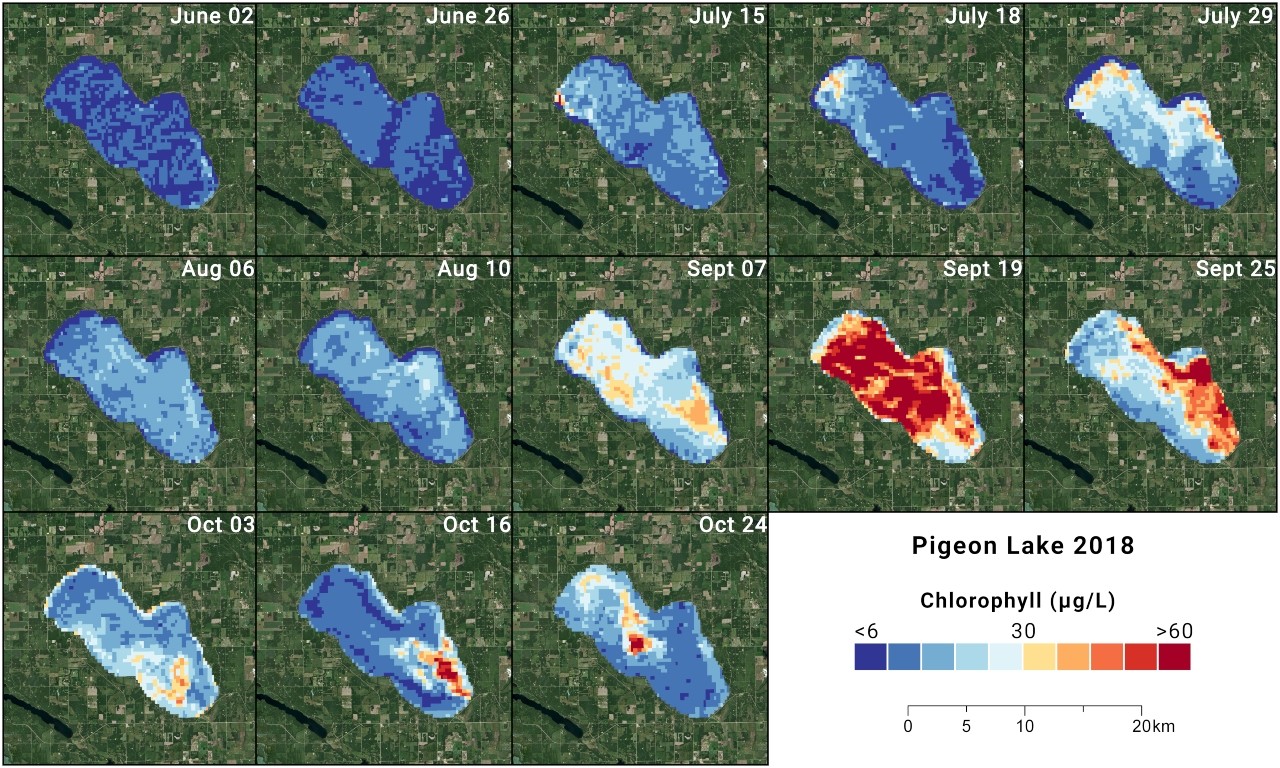 Blue-green algae growth in Alberta's Pigeon Lake last year was well underway by mid-July and peaked in September. We could still see a rebound in algae blooms this year if the late summer and fall are warm, dry, and calm, according to U of A biologist Rolf Vinebrooke. (Images courtesy of Evan DeLancey)