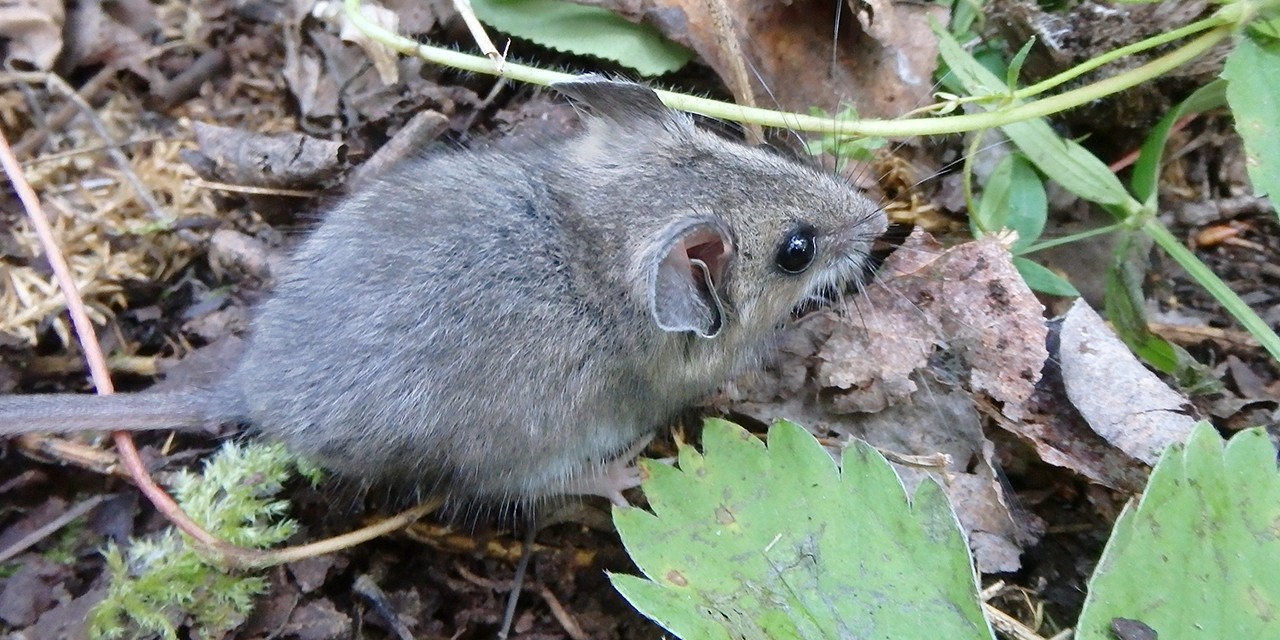 A new study by U of A researchers shows that the abundance and behaviour of small mammals such as the deer mouse (pictured) are mostly unaffected by industrial activity in boreal forests in northeastern Alberta. (Photo: Julia Shonfield)

Two common species of small mammals are not significantly disturbed by industrial activity near their homes, according to a new study by University of Alberta scientists.

Researchers examined populations of deer mice and red-backed voles in the boreal forest of northeastern Alberta over two summers to determine how factors like noise, traffic and industrial activity were affecting the animals.

The researchers compared the activity levels, average body mass and numbers of mice and voles living in areas close to compressor stations and roads, with those in areas with no infrastructure or industrial activity.

“Our results suggest that the effects of roads and infrastructure producing chronic noise are minimal and unlikely to be drivers of their population dynamics or behaviour,” said Julia Shonfield, who conducted the research during her PhD studies under the supervision of U of A ecologist Erin Bayne.

The results are one piece in the larger puzzle of understanding the complex effects of industry on wildlife, Shonfield noted.

“Infrastructure and sensory stimuli from energy-sector operations in the boreal forest can have negative effects for some species and neutral or positive effects for other species,” she explained.

“This research is important because small mammals form an important part of ecosystems. They are prey to a large variety of predators and they serve an important function as seed and spore dispersers.”

She said areas of future research include building an understanding of how predator dynamics interact with human disturbance, and how these factors may affect prey animals.

The study, “Effects of Industrial Disturbance on Small Mammal Abundance and Activity,” was published in the Canadian Journal of Zoology.