So far, so good at 'classic Lister' 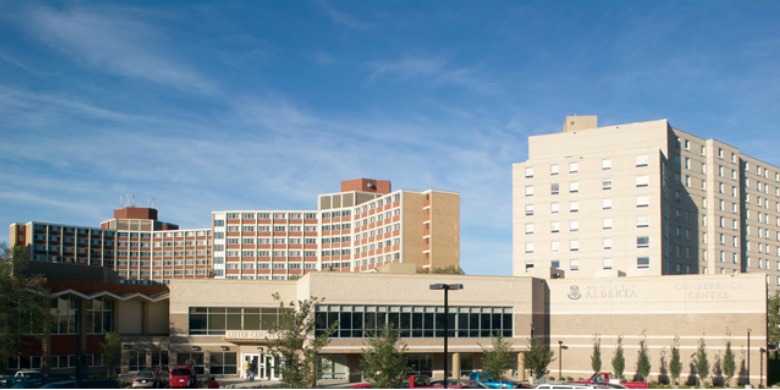 (Edmonton) It’s been six months since the university announced changes to its residences, particularly the towers known as “classic Lister.” The changes were made due to health and safety concerns, but also brought Lister in line with the university’s other residences. According to Sarah Wolgemuth, acting director of Residence Services, things have improved significantly so far.

“There’s still a high profile on Lister, but in a lot of ways it is beginning to feel like a lot of our other residences in that we are not seeing the same types of crisis with the same frequency we had in the past,” said Wolgemuth, referring to alcohol misuse cases and related incidents. “In any residence, there are always going to be cases of that, but compared with past years, we’re not seeing the same types of spikes when we compare Lister with other residences.”

In July 2012, university administrators announced a number of current and forthcoming changes to residences, particularly Lister Hall, including changes to the structure of student-staff positions, the implementation in 2013 of classic Lister as primarily a first-year residence, and changes to the alcohol rules in all residences. The swift changes at Lister came as a result of growing concerns over student and staff safety and the intractable nature of inappropriate behaviour, which previously often went unreported.

Wolgemuth says one of the encouraging trends emerging from the changes is the increased number of residents using the university’s restorative justice program, which sees disputes resolved using face-to-face mediation, rather than resorting to the more formal discipline system.

“Restorative justice means things aren’t going through our discipline process,” said Wolgemuth. “It also means our residents are talking to each other and we in Residence Services feel that we have our finger on the pulse more closely.”

Wolgemuth says the other improvements are notable—common spaces are cleaner, extra cleaning and vandalism-related costs are down significantly, and there are fewer parties in the lounges. But she notes that one concern raised by detractors of the new changes has not come to fruition. “There was a concern that with the new alcohol rules, we would see an increase in students getting dangerously drunk in their rooms by themselves. We have had zero reported incidents of that so far.”

Besides the drinking concerns, the issue of change in Lister has become a contentious one on campus, with the Students’ Union executive and some current and former Lister residents perceiving a lack of consultation in the process and expressing concerns that the traditional “Lister experience” will suffer, particularly in light of the staffing change and transition to a residence primarily for first-year and transfer students. The Students’ Union and the Lister Hall Students’ Association have initiated litigation, requesting a judicial review, in an attempt to challenge the decisions made by the university.

“We know that not all Lister residents are pleased with the changes,” said dean of students Frank Robinson, “but I’ve also heard directly from several students during my interaction with Lister residents in the last few weeks that they feel the environment there is much better now.”

Wolgemuth says Residence Services has maintained a commitment to preserving and enhancing the positive aspects of the Lister experience, and is looking to roll out a number of new initiatives to bolster student support, including creating more student leadership positions, hiring more staff members in Lister and providing better access to a new team of social workers deployed across all residences.

As well, Residence Services is implementing a plan to pilot a residence orientation next semester, working closely with the Student Success Centre. The week-long orientation program will incorporate some form of community service learning, writing and academic integrity workshops, and general residence orientation, which will include workshops about the restorative justice program, community standards, community expectations, floor visioning and team building.

Lister programs and initiatives on the way

Increased student leadership opportunities in Lister
Next year the three “classic” towers in Lister will move from one resident assistant per floor to two, which equates to 62 new hires. Each floor will also have three orientation volunteers. Thus far, 203 applications have been received for the volunteer roles.

New framework for consultation
The Residence Advisory Committee was struck in July 2012 and began meeting recently. This is a place for university administration and representatives from all residence associations, the GSA and the SU to discuss issues affecting the entire residence system.

"A novel approach to student housing"

Although there is still tension between Residence Services and the Lister Hall Students’ Association, Wolgemuth says the two sides meet frequently in an effort to close the gap.

For example, conversations between the LHSA, Residence Services and the dean of students resulted in six returners per floor being allowed next year in classic Lister, which is 60 per cent of the current total. Schäffer Hall residents will all be returning students.

“We are not just giving students a place to live, we are trying to set them up for both academic and personal success in the long term,” said Robinson. “We are putting programming in place to help each student reach his or her potential. This is a novel approach to value-added student housing.”

“In some cases there are fundamental differences in the end goals, but we are asking for their input so they can still be represented and are trying to incorporate that input as best as we can while still trying to meet the goals of the project,” said Wolgemuth. “The situation is not perfect—it’s still evolving, but we feel that it is a much safer environment and we have reduced the risk associated with the events that happen here.”

One bright spot occurred in January during LHSA’s Tower Events, in which each of the four towers hosts week-long events that have proved very problematic over the years, to the point that it was suggested that the festivities be called off this year.

“Instead of cancelling them, Sarah and I met with Eric Martin, president of the LHSA, and we incorporated a new student code of conduct that LHSA suggested,” said Robinson. “We had really good conversations about how to pull these events off in a way that preserved the tradition without the troubling aspects they were known for in the past. Then the Residence Services staff and LHSA collaborated and made sure the nature of the events did not compromise student health and safety.

“They went off very well and turned into something we could be proud of.”

So far, so good at 'classic Lister'
Newsroom