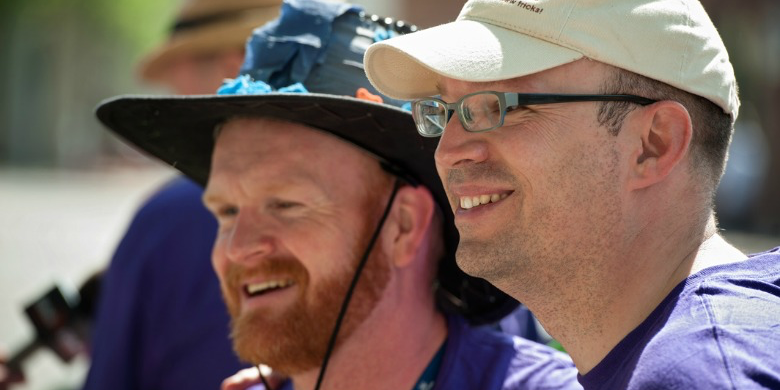 (Edmonton) Last August, Kris Wells called for a boycott of the Sochi Olympics. The outspoken gay-rights advocate and director of programs and services at the University of Alberta’s Institute for Sexual Minority Studies and Services was outraged, as were many, by anti-gay legislation passed by the Russian government that outlawed pro-gay “propaganda.”

The Olympics, argued Wells in an Edmonton Journal editorial, belong to the world’s people and should therefore be a forum for the international community to “denounce the horrific conditions of oppression in Russia and, in turn, demand global justice.”

But the idea of a boycott, for the most part, has not taken flight. Many have instead decided to exploit the occasion to put gay rights front and centre on the world stage. U.S. President Barack Obama will not attend the Games, for example, but the American delegation will include high-profile gay athletes including former figure skater Brian Boitano and hockey player Caitlin Cahow. In Germany, gay activists organized a global “kiss off” staged at Russian embassies in more than 50 cities last September to protest anti-gay laws.

There is also now mounting pressure on gay athletes at the Games to stage some kind of protest, and on big sponsors like Coca-Cola and McDonald’s to speak out against Russia’s anti-gay propaganda laws.

Given all of these developments, the Olympics are now shaping up to be a fruitful “teachable moment,” says Wells, to help young people understand the state of gay rights at home and around the world. Wells is, after all, an education professor and co-founder of Camp fYrefly, Canada’s only national leadership retreat for sexual and gender minority youth. So he’ll be carefully watching what happens at Sochi—on and off the ice and snow.

"Ultimately it's going to be up to the athletes,” he says, “and we're already seeing momentum from athletes who are planning their own forms of expression and statement. It will be interesting to see if we have a comparison to what happened in Germany, and if some athletes defy the propaganda ban and unfurl a rainbow flag and make their own statements.

“Bottom line is we've never seen LGBT rights take international centre stage like they have with the Sochi games. I think that's already a sign of how far we've come, the fact that this is an issue and it's one that isn’t going away."

One way to track homophobic attitudes during the Olympics, he points out, is to follow Nohomophobes.com, a website he helped develop that shows tweets with homophobic language in real time. “It’s a great way to follow the conversation,” he says.

Wells’ biggest concern, however, as with many live events that capture the media spotlight, is that the conversation stops with the closing ceremonies.

"What happens to LGBT people in Russia when the world isn't watching?" he says. “A global spotlight on LGBT issues as human rights issues is unprecedented in human history.

“We need to continue to have a deep conversation about this when the Games are over, and we need to be reaching out and supporting LGBT Russians who live there. Many are fleeing the country, and we need to keep up the pressure."