The combination of fossil dating, DNA, and fungal material confirmed exactly when the mammoths went extinct. The bigger question is why.

Solving the mystery of mammoth extinction on St. Paul Island

Scientists identify smoking gun with evidence of the end of thirsty megafauna. 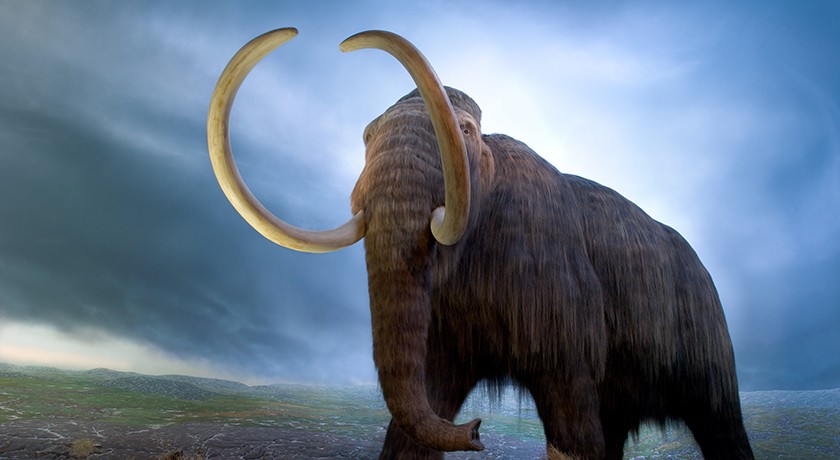 Why did the St. Paul Island mammoths go extinct more than 6000 years after mainland populations? That was the question asked by an international team of scientists including University of Alberta Professor Duane Froese, Canada Research Chair in Northern Environmental Change, and his PhD student Lauren Davies.

“We didn’t think we’d find the smoking gun with the exact evidence of mammoth extinction,” says Froese, who together with Davies worked on lake chronology and fossil dating to help find answers to this long-held question. Though mammoths on mainland continental North America and Siberia went extinct roughly 12,000 years ago, mammoths survived for another roughly 6000 years on St. Paul Island, located in the middle of the Bering Strait off the coast of Alaska. This is the largest of the Pribilof Islands, a group of five volcanic islands that had no evidence of human activity until the 18th century.

“This is an area that we can control for human effects because there was no archaeological record until Russians came in the 18th century,” Froese explains. “The timing of the extinction is typically based on the last dated fossil, but determining that is challenging. It’s a relatively stable climate, so we also examined other variables using the lake record.”

Using a lake core sample from St. Paul Island, Froese, Davis, and their colleagues examined mammoth DNA in lake sediment and discovered that the megafauna were present up to 5700 years ago. Through radiocarbon dating—identifying  layers of volcanic ash—and using the presence of fungal spores—species that lived off of mammoth feces—as well as ancient sedimentary DNA in the lake sediments, which disappeared around the same time period, the scientists were able to pinpoint the time of extinction.

“The combination of fossil dating, DNA, and fungal material confirmed exactly when the mammoths went extinct. The bigger question is why,” says Froese.

The scientists and their American colleagues also looked at other biological indicators and discovered that the lakes started to get shallower over a period of time as the island decreased in size. “The mammoths were actually degrading their habitat, trampling down the edges of land near the lake and moving sediments into their freshwater source,” continues Froese. This repeated erosion and infill decreased the water level by four to six metres over a period of 4000 years, leading to an ultimate freshwater limitation for the mammoths and their eventual decline and extinction

After solving this mystery, what’s next for the researchers? “Now that we have proven that this methodology works, we have the potential to show the relationship between environmental variables and megafauna in other areas including Alberta and Northern Canada,” says Froese.

“Timing and causes of mid-Holocene mammoth extinction on St. Paul Island, Alaska” appears in the August 1 issue of the Proceedings of the National Academy of Sciences.