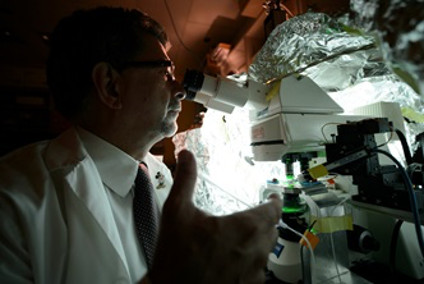 Solving the puzzle of Alzheimer's disease

UAlberta scientist seeks to neutralize “rogue” protein believed to be a key player in the development of Alzheimer’s. 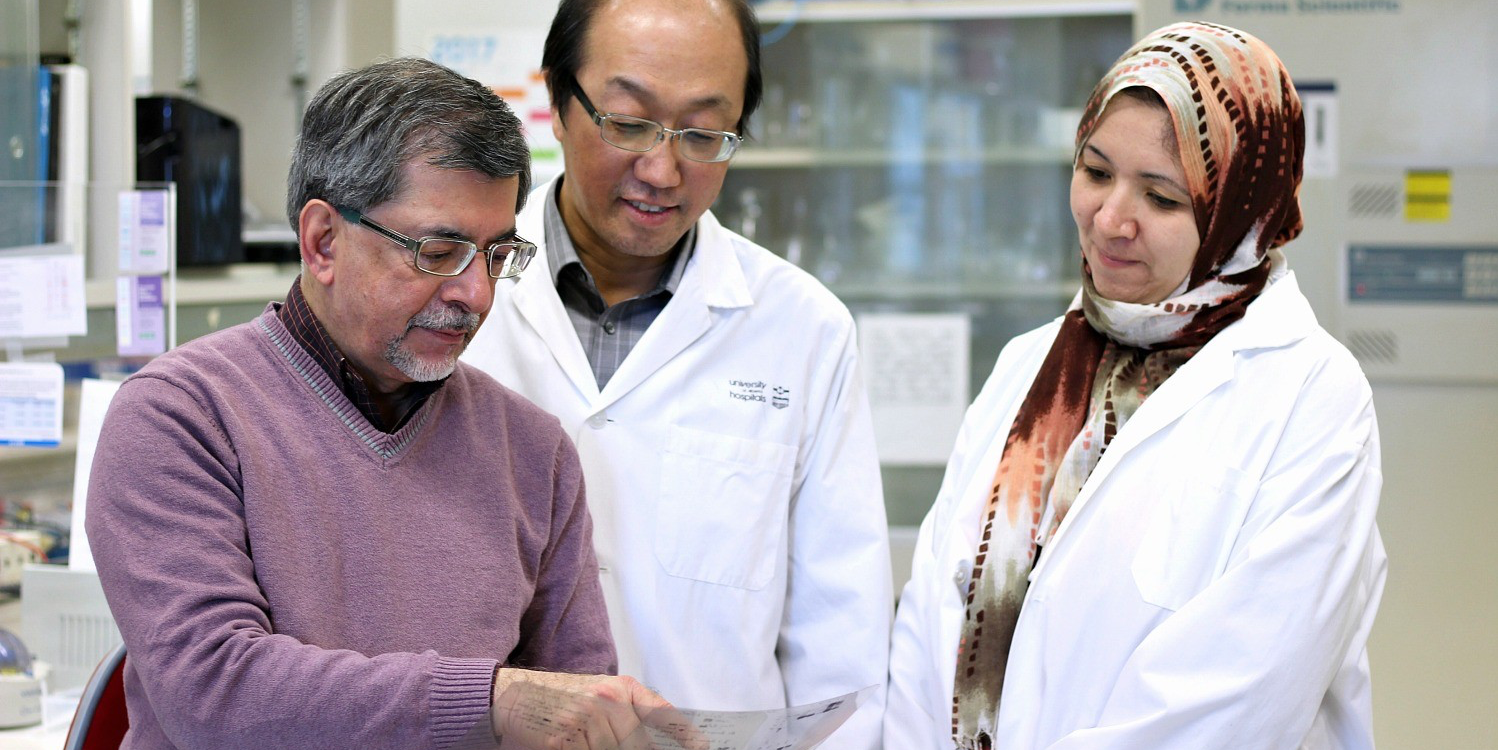 UAlberta researcher Jack Jhamandas and his team are testing a way to inhibit a protein called amyloid which is suspected of being a key player in the development of Alzheimer's disease.

Every day, tens of thousands of Canadians unwillingly find themselves becoming shadows of their former selves. They grasp onto moments of clarity—fleeting windows of time—before slipping away again into confusion, robbed of their memories, their talents and their very personalities.

Alzheimer’s is a heart-wrenching disease that directly affects half a million Canadians. There is no cure, let alone treatment to stop progression of the disease. Though current answers are few, research at the University of Alberta is spearheading the discovery of new potential therapies for the future.

In a study published in the journal Alzheimer’s and Dementia: Translational Research and Clinical Intervention, researchers examine whether a compound called AC253 can inhibit a “rogue” protein called amyloid. The protein, found in large numbers in the brains of Alzheimer’s patients, is suspected to be a key player in the development of the disease.

“The way I look at it, it’s hard to ignore the biggest player on the stage, which is the amyloid protein. Whatever treatment you develop, it’s got to address that player,” says Jack Jhamandas, professor of neurology in the Faculty of Medicine & Dentistry at the University of Alberta and senior author of the study. “In our previous work we have shown that there are certain drug compounds that can protect nerve cells from amyloid toxicity. One of these is a compound we call AC253. It sounds like an Air Canada flight. I hope this one is on time and takes us to our destination!”

The team, composed of post-doctoral fellows and research associates Rania Soudy, Aarti Patel and Wen Fu, tested AC253 on mice bred by David Westaway (a University of Alberta collaborator) to develop Alzheimer’s. Mice were treated with a continuous infusion of AC253 for five months, beginning at three months of age before development of the disease.

As part of the study, the team of local and international researchers also developed and tested a more efficient method of getting the compound into the brain. Given an injection three times a week for 10 weeks of AC253 with a slightly modified structure, the mice showed an improvement in memory and learning performance. In addition, the researchers noted there was a lower amount of amyloid in the brains of mice treated with the compound compared with mice that did not get the drug, and that they exhibited reduced inflammation of the brain.

The team is now planning additional studies to examine optimal dosage and methods of further improving the compound to increase its effectiveness in the brain. Much more work is needed before the research can move to human trials.

Despite the long path still ahead, Jhamandas believes the findings offer both hope and a new way forward to unlock the Alzheimer’s enigma.

“Alzheimer’s is a complex disease. Not for a moment do I believe that the solution is going to be a simple one, but maybe it will be a combination of solutions.”

“We can’t build nursing homes and care facilities fast enough because of an aging population. And that tsunami, the silver tsunami, is coming if not already here,” adds Jhamandas. “At a human level, if you can keep someone home instead of institutionalized, even for a year, what does it mean to them? It means the world to them and their families.”

Meet our partners in innovation:

The Canadian Institutes of Health Research (CIHR) is the Government of Canada's health research investment agency. CIHR's mission is to create new scientific knowledge and to enable its translation into improved health, more effective health services and products, and a strengthened health care system for Canadians. Composed of 13 Institutes, CIHR provides leadership and support to more than 13,000 health researchers and trainees across Canada.

Alberta Innovates will deliver 21st-century solutions to the most compelling challenges we are facing as Albertans. Building on our province’s strengths in environment, energy, health, food, fibre and emerging technology sectors, we are working with our partners to diversify Alberta’s economy, improve our environmental performance and enhance our well-being.

The Alberta Prion Research Institute, a part of Alberta Innovates, is funded by the Government of Alberta to support top researchers working on solutions to the serious scientific and socioeconomic challenges associated with prion diseases in animals and prion and prion-like diseases in humans.

The Alzheimer Society of Alberta and NWT is a provincial dementia care and research charity. Active in communities across Alberta and Northwest Territories, the society offers help for today through our programs and services for people living with dementia, and hope for tomorrow by funding research into the cause, prevention and a cure.

The University Hospital Foundation raises funds to support innovation and excellence at the University of Alberta Hospital, Kaye Edmonton Clinic and Mazankowski Alberta Heart Institute. Foundation donors have contributed $15.8 million towards the creation of new knowledge since 2004.