Sounds of intense emotion may be universal language across species, study shows

Humans and chickadees can both tell other animals are afraid or excited from the sounds they make, new research shows. 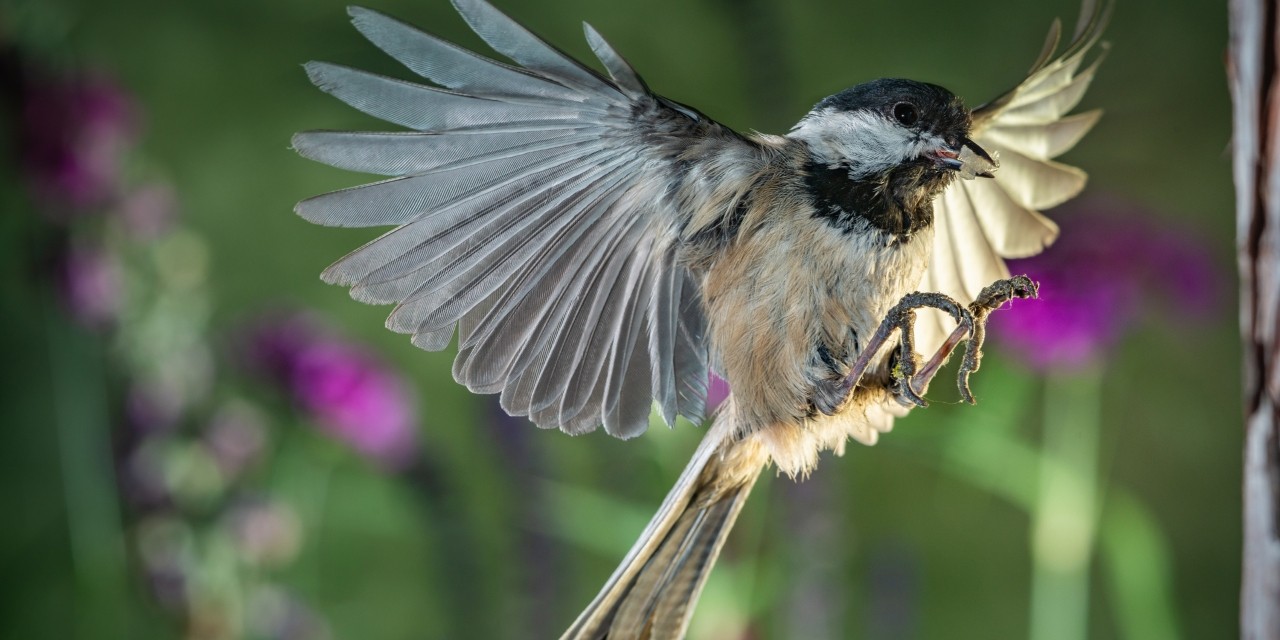 Black-capped chickadees and humans share an ability to understand other species' vocalizations indicating intense feelings such as fear and excitement, according to new U of A research. (Photo: Getty Images)

People can tell how other people are feeling by the sounds they make and now, new research from the University of Alberta shows that may also apply to different animals.

“The idea is that some species (those that are vocal learners) can understand other species’ vocalizations,” explained psychology PhD student Jenna Congdon, who led a new study that showed both humans and black-capped chickadees can detect intense emotions such as fear or excitement in other species.

“For instance, a songbird is able to understand the call of distress of a different type of songbird when they are in the presence of a predator, like an owl or a hawk. Or, for example, if your friend scared you and you screamed. Both of these are high-arousal vocalizations, and being able to understand what that sounds like in a different species can be very useful.”

Under the supervision of neuropsychologist Chris Sturdy, Congdon conducted two experiments, one examining chickadees and another examining humans. In the experiments, participants distinguished between high- and low-arousal vocalizations produced by other species, including alligators, chickadees, elephants, humans, pandas, piglets, ravens, macaques and tree frogs. Human subjects were able to identify high arousal in different species.

“Black-capped chickadees were also able to identify high arousal in other chickadees, humans and giant pandas,” said Congdon. “This is fascinating, because a chickadee that has never come across a giant panda before is able to categorize high—and low—arousal vocalizations.”

She said only a small group of species are able to do this—humans, songbirds, hummingbirds, parrots, bats, whales and dolphins, and elephants.

The scientists suspect other vocal learners, or species that learn their vocalizations from parents and models to survive, have this ability as well.

“If humans and songbirds show an innate ability to understand the vocalizations of other species, would other vocal learners show this same propensity?” she asked.

The study, “Hear Them Roar: A Comparison of Black-Capped Chickadee (Poecile atricapillus) and Human (Homo sapiens) Perception of Arousal in Vocalizations Across All Classes of Terrestrial Vertebrates,” was published in the Journal of Comparative Psychology.

Sounds of intense emotion may be universal language across species, study shows