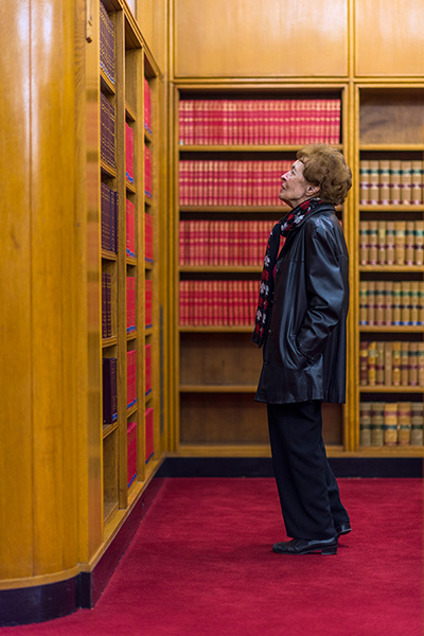 Speak Up To Injustice

Founder of the Human Rights Institute of Canada, Marguerite Ritchie has seen great strides in her lifetime — but there is always work to be done. 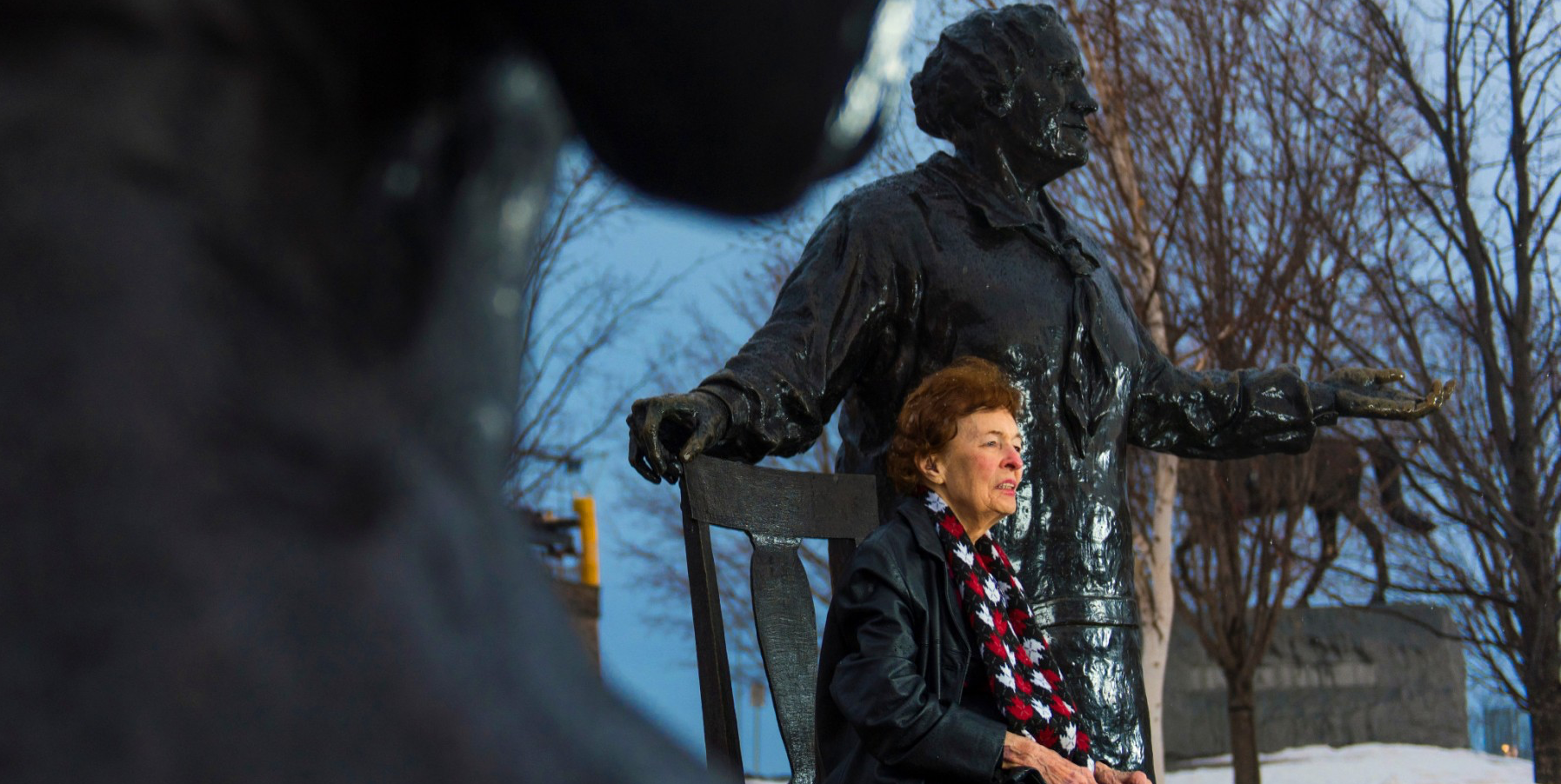 Dr. Marguerite Ritchie (University of Alberta alumna, retired Department of Justice lawyer, human rights activist and philanthropist) at the Supreme Court of Canada and with the Famous Five statues. In Ottawa, Ontario on March 24, 2015. ©2015 John Ulan

Marguerite Ritchie passed away at the age of 96 on April 24, 2016. Ritchie founded the Human Rights Institute of Canada in 1974 to champion government accountability and ensure that all Canadians received just and equal treatment, especially women and indigenous women. In 1943, she graduated from the University of Alberta with bachelor’s degrees in arts and law. She had a profound impact on her country and the University of Alberta is proud to count her among our own.

The following story about Marguerite Ritchie was originally published in the Autumn 2015 issue of Cornerstone Magazine.

At 96, pioneering lawyer and human rights advocate Marguerite Ritchie still cuts a polished figure. Professional, poised and collected in her blouse and business suit set off with a colourful scarf and a necklace peeking out, her appearance seems to reflect her nature. She is a humanitarian with kind eyes and a caring heart but also an unmistakably strong woman with powerful convictions.

“From the age of six, I knew the direction I wanted my life to go,” says Ritchie (shown here with the Famous Five monument on Parliament Hill and in the Library of Parliament).

Growing up in Edmonton in the 1920s, an attentive young Ritchie would sit with her father as he read aloud from the Edmonton Journal. She remembers him sharing news stories about political problems involving the federal government. Despite having a child’s perspective, these stories sparked Ritchie’s interest in justice and working for the people. A thoughtful girl, she watched her father go off to work every day while her mother stayed behind to run the family home and care for the couple’s three children. “Even at my young age I recognized the inequality between the lives of women and men.”

These childhood experiences laid the foundation for a lifetime of work dedicated to equity and integrity. And the field of law, Ritchie would later learn, was a vehicle through which she could make a difference in those areas.

Ritchie’s mother, Marguerite Blanche Ritchie, was a guiding force as her daughter matured and made her way through school. “[My mother] found avenues for me to go toward the goals I wanted,” says Ritchie. “She introduced me to libraries and the wealth of information they provided.” Marguerite Sr. also screened her daughter’s schools and teachers to ensure she would receive the highest quality education.

While Ritchie set her own focus on studying for university, her mother explored available scholarships. Marguerite Sr.’s emphasis on the importance of education even extended to Ritchie being exempt from household chores if there was schoolwork to be done. In 1943, their collective dedication paid off, as Ritchie earned her bachelor of arts degree and bachelor of law degree from the University of Alberta. (She later received an honorary degree from the university.)

Perhaps emboldened by her mother’s encouragement and sense of commitment, Ritchie threw herself into practising law at a time when there were few women in the legal community.

During her more than 50-year career — much of it based in Ottawa — Ritchie worked tirelessly in her pursuit of justice and advocacy of human and women’s rights. Through her work with Canada’s Department of Justice, she played a role in amendments to parliamentary procedure and constitutional and international law, and provided a voice on women’s rights.

It speaks to Ritchie’s inherent values when she says her favourite aspect of law is that “it’s fundamental to the rights of people.” In 1974, she founded the Human Rights Institute of Canada (which was dissolved in 2013), a citizen-based charitable organization with a mandate to help ensure equality, justice and government responsibility to citizens through research and commentary on existing laws.

Ritchie’s dedication to the advancement of justice and equality has not gone unnoticed. It is fitting for a lawyer who fought for the rights of women that she was the first woman in Canada appointed federal Queen’s counsel in 1963. She was also honoured by an appointment to the Order of Canada in 2000.

When Ritchie thinks about the difference between women’s roles and opportunities now and those that existed when she began her career, she acknowledges the evolution of rights. “Women now have recognition and a general right of appointment to the Senate with no sexual discrimination,” she says. Canada’s first female senator, Cairine Wilson, was appointed in 1930, and women now make up more than one-third of the Senate’s membership. But, Ritchie says, “there is always work to be done where there are questions of equality and justice.”

The knowledge Ritchie gathered through years of work and study is being passed on through her donation of the archives of the Human Rights Institute of Canada to UAlberta, plus financial support to hire an archivist. 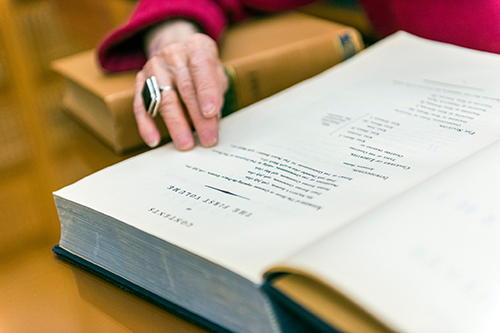 Her motivation is simple: the excellent education she received at UAlberta. “I hope students and researchers will have a clearer vision of how the federal government operates and that they will be able to use it for the benefit of the people of Canada.”

Ritchie’s life, her work and her legacy are an inspiration to many within and beyond the field of law. Her belief in the power of the law and the strength of the people’s voice has never wavered, and she has never questioned her choice of career. “Not once,” she says. “I encourage people to speak up to any injustice.”

Marguerite Ritchie’s gift of the Human Rights Institute of Canada archives will be used by student and faculty researchers across the University of Alberta campus and will attract the interest of legal and humanities scholars from around the world.

Speak Up To Injustice
Newsroom