Spoiler alert: Men are not women, kids are not tiny adults

So why do we treat everyone the same when it comes to medical research? 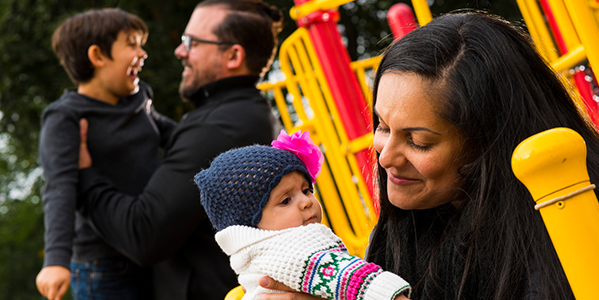 Medical research helps doctors treat patients. And it all works pretty well — if you happen to be an adult male.

You'd think research results could be applied to all humans, regardless of sex or age. It’s not like we’re comparing apples to oranges. Or even people to white mice. All clinical trial participants are human.

True. But a study can only report findings on its participants, which, as it turns out, are mostly men. So, how would we know if, for example, a drug raises the incidence of ovarian cancer if none of the test subjects have ovaries?

A couple of decades ago, the medical community began to recognize that research results accurately represented only one segment of the population yet were applied in a one-size-fits-all manner across the sexes and ages. Researchers started to explore the ramifications. In 1998, the Canadian Tri-Council Policy Statement: Ethical Conduct for Research Involving Humans (TCPS) criticized the exclusion of women and children as research subjects.

“The health of these populations is traditionally underfunded and under-researched,” says Sandra Davidge, executive director of the Women and Children’s Health Research Institute (WCHRI) at the University of Alberta. As the only institution of its kind in Canada, WCHRI is striving to change that.

Here's why it's important, not just for the health of women and children but for the population as a whole.

Our bodies are different

Women and children metabolize medicines differently and react differently to treatments, sometimes to devastating results, she says. In 2000, Health Canada withdrew a common stomach drug, cisapride, because it was causing irregular heartbeat and even sudden death in women. In 2013, the U.S. Food and Drug Administration alerted the public that zolpidem, an ingredient in many prescription sleep aids that has been on the market for 20 years, takes longer to clear a woman’s system than a man’s. The FDA halved the recommended dose for women after trials found the original dose created impairment and put women at a much higher risk of car collisions the next day. (Researchers suspect the drug’s absorption rate is hastened by testosterone.)

A 2012 study in the journal Pediatrics found that many medicines doctors prescribe for children aren’t approved for pediatric use — there isn’t much evidence they’re effective or even safe for children. The study looked at more than 2,400 trials and found that although children accounted for nearly 60 per cent of those burdened by the conditions examined, only 12 per cent of the trials were pediatric. So why the gaping discrepancy? Researchers suggested it might be because pediatric trials are funded by government and not-for-profit agencies rather than industry.

It’s not like clinical trials will start ignoring the male population and be devoted exclusively to women and children. It just means there will be better representation and data across sexes and age groups.

“Conducting studies to account for sex and age is often complicated,” Davidge says. WCHRI’s purpose is to untangle this complexity. Established in 2006, the institute facilitates research on subset populations by providing research grants, as well as laboratory infrastructure and support services to researchers, allowing them to focus on their research rather than administration. The institute has nearly 450 members working on scores of projects that cover the health of women and children at all ages and stages of life. Call it an incubator for health research. “It helps us apply the results in the clinical setting more quickly,” says Davidge.

The benefits go beyond treating the needs of women and children. Healthier pregnancies mean healthier children and moms. Healthy children mean healthier families and communities. “We often talk about the crucial first 2,000 days of life,” says Davidge. “This is the time that sets children up to become healthy adults.” She uses the example of improving treatment for cardiovascular dysfunction during pregnancy: it’s important not only for the health outcomes of mothers and their babies, “but it has far-reaching implications for population health and reducing the burden of chronic diseases.”

WCHRI is the only research institute in Canada to focus on both women’s and children’s health, including perinatal health. It is a partnership between the University of Alberta and Alberta Health Services, with core funding from the Stollery Children's Hospital Foundation and supporters of the Lois Hole Hospital for Women. Learn more about their work.

We at Thought Box welcome your comments. Robust debate and criticism are encouraged, provided it is respectful. We reserve the right to reject comments, images or links that attack ethnicity, nationality, religion, gender or sexual orientation; that include offensive language, threats, spam; are fraudulent or defamatory; infringe on copyright or trademarks; and that just generally aren’t very nice. Discussion is monitored and violation of these guidelines will result in comments being disabled.

Spoiler alert: Men are not women, kids are not tiny adults
Newsroom