Squirrels who inherit food caches get a leg up in life

Study shows some animals inherit stores of food—and are more likely to be successful in life. 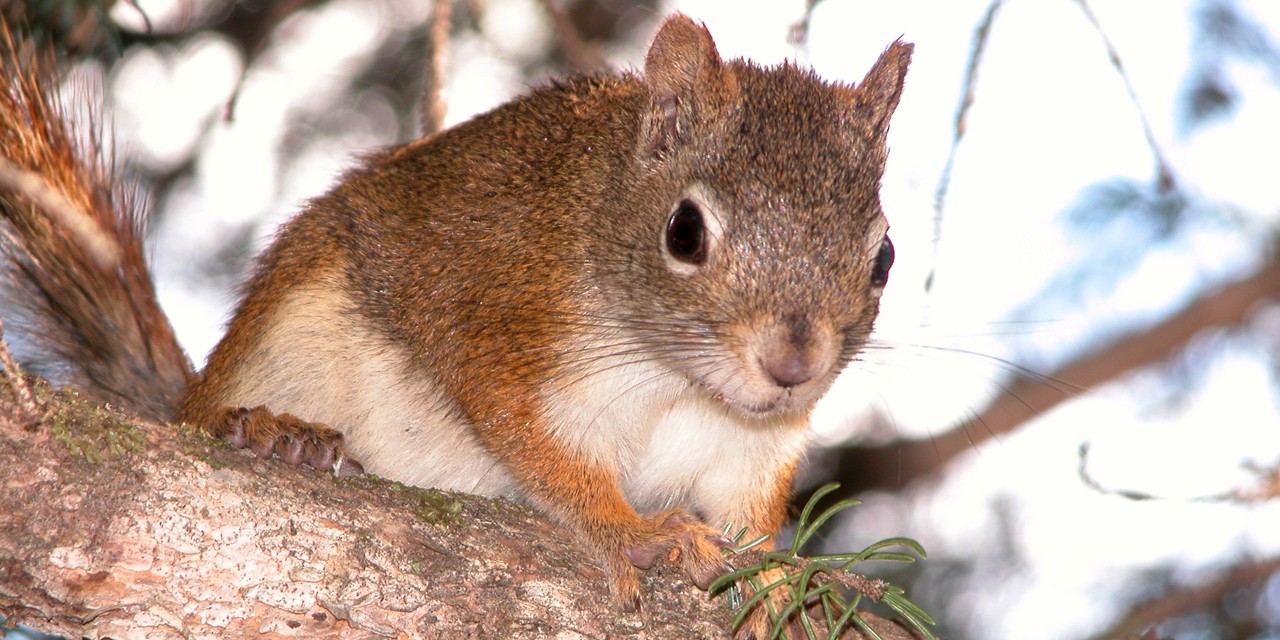 Young male squirrels who inherit abandoned food caches of older males increase their odds of survival, as well as those of their offspring, according to new research. (Photo: supplied)

For red squirrels, the death of a male you’ve never met could be the key to your survival, according to a new study.

Young red squirrels who inherit food caches abandoned by older male squirrels have 50 per cent more offspring than those who do not, according to the research.

“Young squirrels need to move out of ‘home’ by the autumn of the year in which they are born,” explained U of A biologist Stan Boutin, co-author of the study with his colleague, David Coltman. “They can't push adults off of territories and food caches so they have to find places left vacant by the death of an adult. The juveniles then inherit whatever is left in the food store when the adult died.”

The best chance of a large inheritance is finding an abandoned food cache from a three- to four-year-old male squirrel, said Boutin, who added that the bigger the inheritance, the better the chances of survival for both young squirrels and their future families.

“We think males store more cones than females because they need to access food resources to fuel breeding behaviour during the winter months, when snow prevents foraging off of the food store,” said Boutin.

Females, on the other hand, need food in the spring after their pups are born—a time when foraging is an easier task and access to a food cache isn't as necessary.

Food caches examined in the study contained up to 145,000 spruce cones, with an average of about 20,000 cones. One cache the researchers followed was active for 31 years and was used by 13 different squirrels.

“It is neat to think that the success of an individual can be influenced by individuals they never encounter in their lives,” said Boutin. “It’s like humans who build up important assets during their lives which then serve to benefit future generations.”

The study was conducted in collaboration between the U of A and the University of Guelph as part of the Kluane Red Squirrel Project.

The study, “Indirect Effects on Fitness Between Individuals That Have Never Met Via an Extended Phenotype,” was published in Ecology Letters.

Squirrels who inherit food caches get a leg up in life