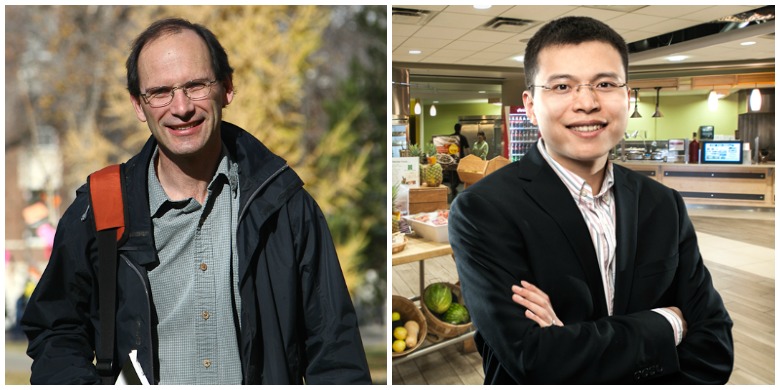 (Edmonton) University of Alberta-led research projects worth almost $4.5 million were named as part of the federal government’s continued investment in the search for solutions to today’s most pressing social, cultural, technological, environmental and economic issues.

The Social Sciences and Humanities Research Council of Canada awarded U of A researchers 22 Insight Grants to support the highest levels of research excellence. Another six projects were awarded Insight Development Grants designed to support research in the initial stages, and U of A researchers were named on seven collaborations, worth more than $1 million, run out of other Canadian universities.

Tom Hinch, a researcher in the Faculty of Physical Education and Recreation, received a $66,000 Insight Development Grant to provide insight into the role that sport tourism events play in resource-based communities.

More specifically, Hinch is looking at the case of the Canadian Death Race—a 125-kilometre ultra-marathon run through the rugged terrain of Grande Cache, Alberta.

“I am interested in the 'place making' function of this event—that is, how it influences the meanings that the racers, volunteers, other visitors and the residents have of the community and surrounding area,” said Hinch.

He says he hopes the research will help us to understand how events like this can affect community identity and image from the perspectives of the many stakeholders, which include event organizers, the municipality, volunteers, the community at large and the runners.

“I believe the research goes a long way to connect the university with rural Alberta,” said Hinch, who leaves running the Death Race to his co-investigator Nick Holte. “This research has the potential of demonstrating the relevance of theory to practice.”

Yu Ma, a professor in the Alberta School of Business, received almost $82,000 to study the modern marketing phenomenon of brand alliance and its impact on brand values and market structure.

Ma says brand alliance is a popular business strategy that is used across every sector. He says the U of A, for instance, has a number of brand alliances, pointing out the U of A-branded MasterCard for alumni for one.

“I am trying to understand how this type of brand alliance works, and when it benefits or damages the parties involved,” said Ma.

He says he hopes his findings can be turned into practical uses for business and non-profit organizations alike, and add to the reputation of strong research outcomes at the Alberta School of Business.

“The U of A really creates a very positive atmosphere for doing research,” said Ma. “Our department chair and dean do as much as they can to foster a good research-focused environment, and they let us know how much they value solid research—you know your effort will be appreciated and rewarded.”

(U of A collaborators in brackets)

Jennifer Argo $74,151
The Role of Product Identity in Recycling Decisions

Geneviève Gauthier $74,839
What Are Students Learning in Virtual-Cases? Investigating the Validity of Assessment Models

Jennifer Argo is a collaborator on a project entitled Crowdfunding the Future: Examining the Implications of Innovative Fundraising in a Digital Era, run out of the University of Calgary, that received $68,809.

Paul Newton is a collaborator on a project entitled Professional Learning of Teachers in Post-Secondary Vocational Education, run out of the Northern Alberta Institute of Technology, that received $72,373.

(U of A collaborators in brackets)

John Langdon $52,329
A War Over Water: The 1531 English Statute of Sewers and Its Impact Upon Local Politics, Economies and Environments

Yu Ma $81,729
An Empirical Investigation of Ingredient Branding Strategy and Its Consequence on Partner Brands

Marina Endicott $44,623
The Difference, a Novel

Eric Stephens is a collaborator on a project entitled Financial Risk Transfer and Regulation, run out of the University of Waterloo, that received $67,692.

Elizabeth Halpenny is a collaborator on a project entitled Acceptance and Use of Mobile Devices in a Free-Choice Context, run out of the University of Manitoba, that received $228,535.

Alice Nakamura is a collaborator on a project entitled Productivity: Measures, Measurement Errors and Public Policies, run out of the University of British Columbia, that received $108,600.

Sadok El Ghoul is a collaborator on a project entitled Household Finance, Corporate Policies and Firm Cost of Financing, run out of Saint Mary's University, that received $129,980.