Still too soon to tell impact of #MeToo

Movement has helped sexual assault survivors realize they’re not alone, but long-term success is less certain, say U of A experts. 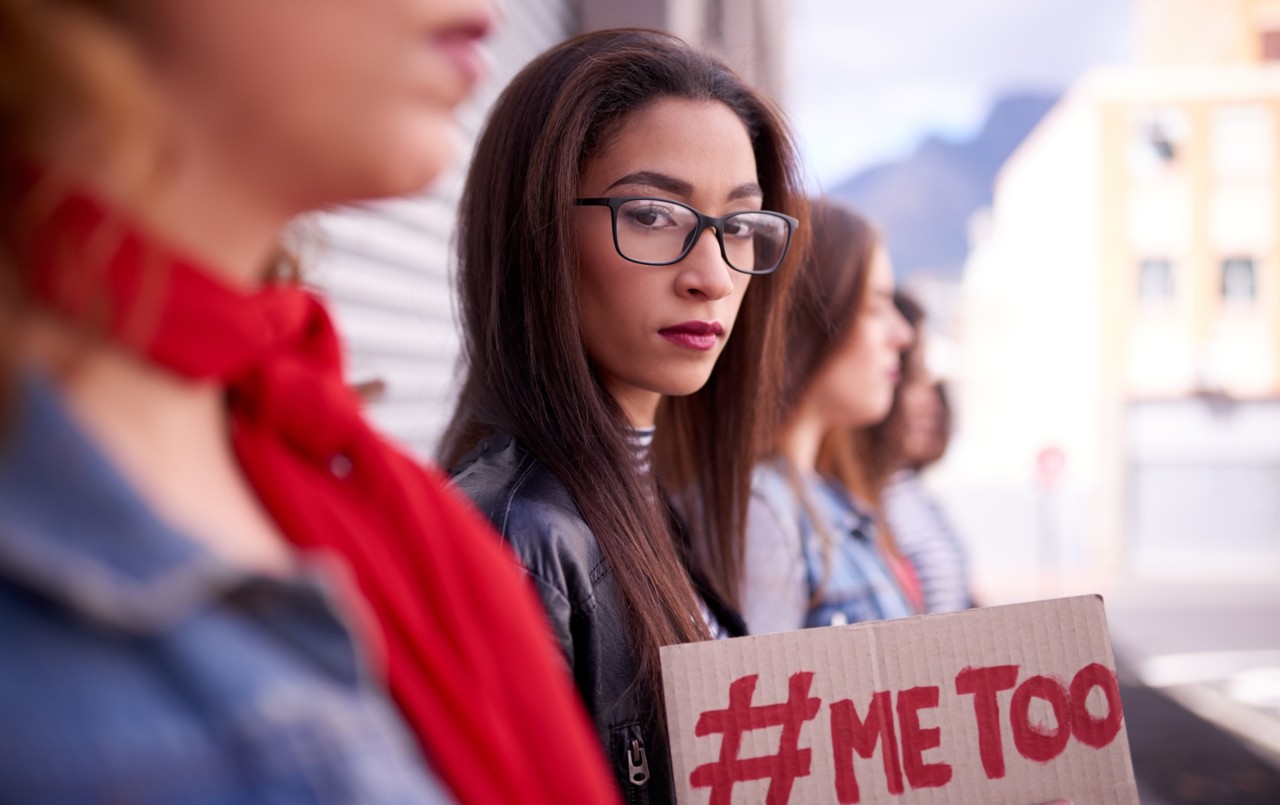 The Me Too movement has raised awareness of the prevalence of sexual assault and harassment, but it's less clear whether that awareness will lead to concrete action, say two U of A researchers. (Photo: Getty Images)
Cropped shot of women protesting in the cit

It’s been more than a year since #MeToo went viral and sparked a movement to draw attention to the prevalence of sexual assault and harassment, but it’s still too soon to say whether it will have a lasting impact, according to University of Alberta experts.

Having seen feminist and anti-rape movements become popular and then fade away before, Lise Gotell, a researcher who specializes in sexual assault and the law, is unconvinced that Me Too will be the movement that changes everything.

“Feminist anti-rape activism began around 1970,” she explained. “We have been involved in this long struggle to break the silence, and I’ve seen periods of previous attention that have diffused, so I’m not quite sure I would see [Me Too] as being a decisive turning point. I hope it is, but I’m not sure about that.”

Whatever its long-term effects, in the short term, the power of the movement has been in its impact on individuals, according to Cristina Stasia, director of instruction for the U of A’s Peter Lougheed Leadership College.

“I think one of the strongest impacts has been that there are a lot of women who realize they’re not alone. Male survivors too, but predominantly women. And I think that’s been incredibly powerful,” said Stasia.

That impact is facilitated by the platforms #metoo is playing out on. Survivors can read and share each other’s stories on social media, feeling seen and connected outside of their immediate social circle. With digital activism, Gotell said, anti-rape activists have a powerful tool that wasn’t available to earlier generations.

However, Gotell said one of the criticisms of the movement is that it has become increasingly focused on individual accusations, especially those against privileged or high-powered men, rather than on the pervasiveness of sexual violence. Along with that criticism, Me Too has met with backlash. For Gotell and Stasia, who have seen moments of feminist mobilization come and go, the backlash doesn’t worry them.

“All feminist activism gets backlash, and it gets really intense backlash,” Stasia explained. “I think the critical piece of addressing that backlash is pointing out that no, men’s lives haven’t been ‘ruined.’ Even that language is problematic: first, because we haven’t seen the men accused have their lives ‘ruined’ or even—too often--impacted, especially legally. Second, because it’s not about ruining lives, it’s about holding people accountable."

Stasia and Gotell pointed to a number of high-profile examples of those who have been accused of sexual violence not being held to account. For example, Louis CK is back on the comedy stage, Roman Polanski is making a movie about a man wrongly accused (despite admitting he sexually assaulted a 13-year old girl), and Brett Kavanaugh is on the Supreme Court.

“People say, ‘Oh, men’s lives are being ruined without due process,’ but we now have a new Supreme Court justice in the U.S. who has been subject to incredibly serious allegations and it didn’t matter, nobody listened. And Patrick Brown has been elected as mayor of a large southern Ontario city, so what does that tell us?” Gotell asked.

From awareness to action

In the face of their own reticence to feel optimistic about the actual impact of the movement are the positive effects Gotell and Stasia see.

“I’m teaching a course on consent, and it’s completely packed with really enthusiastic young people who are incredibly committed to this struggle. Young people now have expectations around their sexual integrity and sexual autonomy that I think will be hard to constrain,” Gotell stated.

For her part, Stasia hopes the increased awareness the Me Too movement brings to issues of sexual assault will inspire people to do something. She said feminism comes in waves that are followed by backlash and then periods of rest. To make a difference, Stasia said, people need to take concrete action.

“It’s important that people make their rage concrete, whatever that looks like to them.

“Whether that’s a donation, or volunteering with a program that supports survivors, or reading the legal definition of consent, or getting involved in a campaign, or running for office, or changing school curriculum.”

She also hopes the viral movement will inspire people to fight for permanent changes to policies and laws related to sexual harassment and assault.

“We have to act, because otherwise 40 years from now we’ll be doing this interview again, and next time I’m going to be talking about Anita Hill and Christine Blasey Ford and Me Too, saying, ‘Remember how we were all hopeful after that?’

“We can’t let that happen.”

Still too soon to tell impact of #MeToo