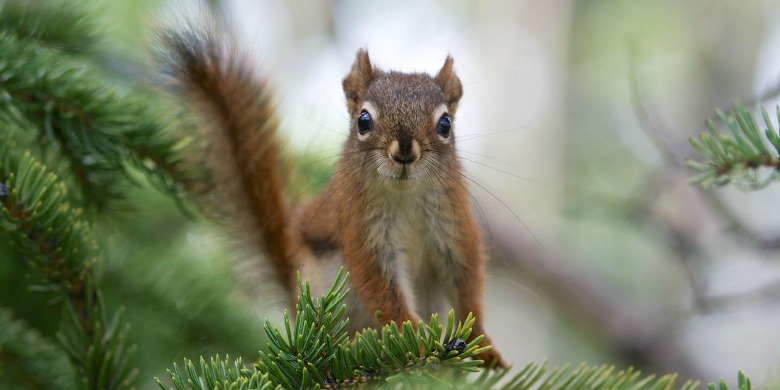 (Edmonton) University of Alberta biologist Stan Boutin uses a simple analogy to describe a breakthrough research paper on the behaviour of squirrels.

“You try to prepare your kids for what they’ll face when they get out in the big, real world,” said Boutin. “Female squirrels in our study were doing that too for their offspring.”

Boutin is the senior investigator of a long-running squirrel research project in the Yukon and co-author of a paper showing that female red squirrels use stress hormones to give their offspring an edge in the competition for survival.

“A key challenge for squirrels is the population density of other squirrels and the food supply they all depend on,” said Boutin.

It’s well established that squirrels are very territorial, and identify and defend their living area with shrill chattering noises. Boutin says the level of communications between squirrels in an area of the forest is a cue by which females gauge future density and levels of competition to establish and maintain a territory.

Researchers in the field decided to test the squirrel’s reaction by manipulating these density cues. They played audio recordings of squirrel chatter, tricking female squirrels into reacting as if the number of competitors were suddenly heightened.

“What graduate student Ben Dantzer found is that the babies of females subjected to the audio recordings grew at a much more rapid rate,” said Boutin. “The mothers perceived a tough future for their offspring because density appeared higher, and babies that grow more quickly can sooner fend for themselves and outcompete other squirrels for valuable territories.”

Boutin admits to being surprised by what happened next.

Researchers found that the offspring’s growth kick-start was the result of the mothers producing a stress hormone.

The stress hormone cortisol was found at elevated levels in the droppings of female squirrels exposed to the audio recordings.

In another experiment, females received peanut butter treats laced with the stress hormone. “Sure enough,” said Boutin, “the offspring of those squirrels also grew at a faster rate than control females given just peanut butter.”

The researchers say their results fly in the face of long-held theories that stress in females only spells trouble such as lower birth rates, smaller litters and smaller babies.

“The females are doing something for the future,” said Boutin. “It’s an adaptive and predictive response showing females are running the show in terms of preparing their offspring for what they’re going to face.”

The research was led by Ben Dantzer at Michigan State University. It was published April 18 in the journal Science Express.