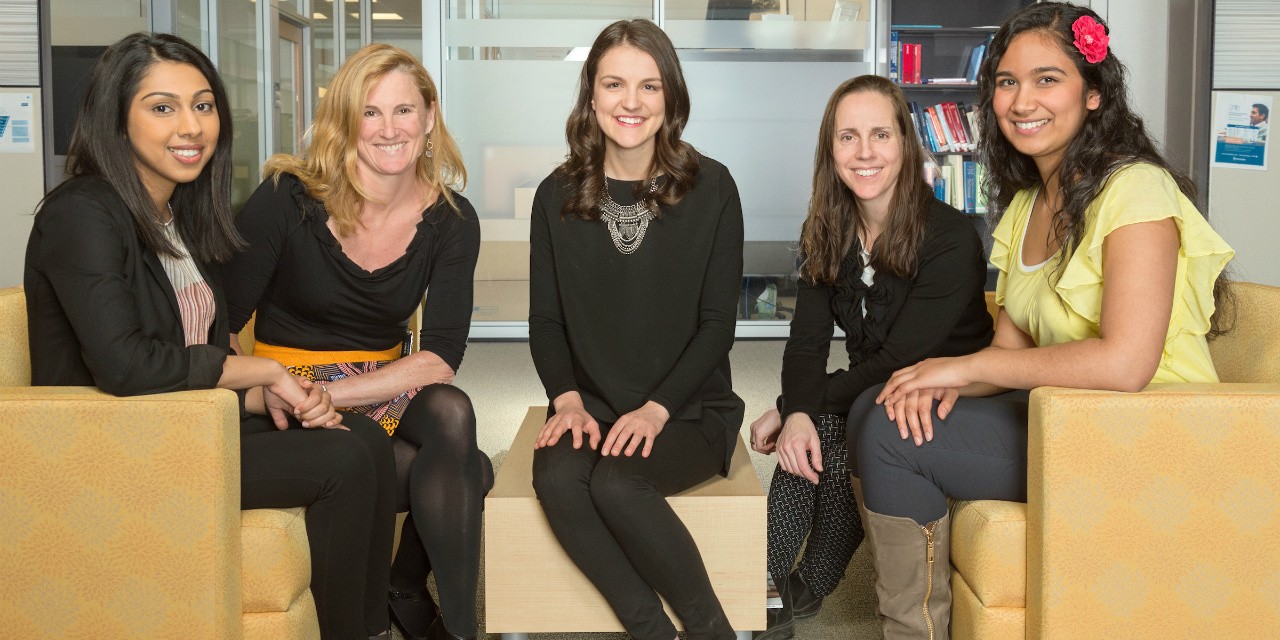 The PedsCases team has developed what started out as a student project into a valuable medical education tool used around the world. Current team members include (from left) Amarjot Padda, Melanie Lewis, Larissa Shapka, Karen Forbes and Nikita-Kiran Singh. (Photo: Richard Siemens)

What started as a student project in the University of Alberta’s Department of Pediatrics has become an invaluable medical education tool used around the world.

Peter Gill and Lauren Kitney developed easy-to-access learning materials to help supplement core pediatric content in the undergraduate curriculum in 2008 while they were U of A medical students.

The materials evolved into PedsCases, an educational website with more than 100 podcasts, complementary videos, quizzes and case studies for learners and educators alike, all available for free on iTunes. 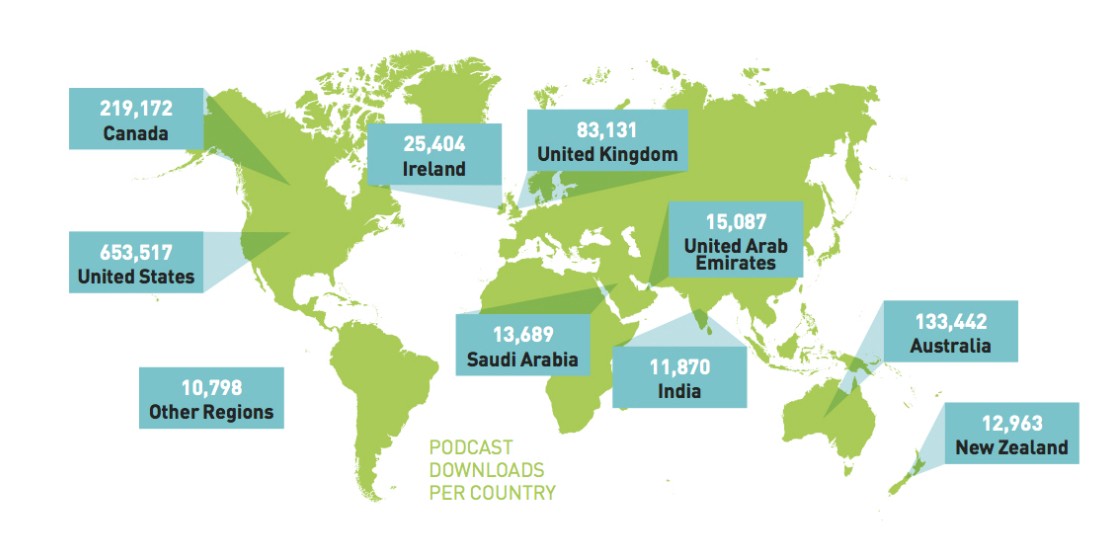 PedsCases podcasts are popular with viewers around the world and have now been downloaded more than 1.8 million times. (Graphic: Plumbheavy Design Co.)

Student projects rarely reach these kinds of milestones, and when Gill and Kitney first brought the idea to Melanie Lewis—then the pediatric clerkship director—she admits she was concerned about its longevity.

“The issue with these endeavours that start as a student’s vision is that they’re often difficult to maintain momentum once those students are gone,” said Lewis, who is now the associate dean of learner advocacy and wellness. “We were lucky to have Peter at the helm because he is a man who is committed, who had an incredible vision for PedsCases.”

Lewis and Karen Forbes, the current pediatric clerkship director, ensure the content aligns with the Canadian Undergraduate Curriculum in Paediatrics, but the students run everything else from recording to sound editing and publishing. They also recruit two new members each year to ensure the project endures as students graduate.

“It’s been incredible, because this system made us able to build a team that spans from first-year students all the way through to residents, and members that have moved on both here and elsewhere,” said Forbes.

PedsCases alumni also continue to advocate for the project in other cities, resulting in new interest from students far away.

“There are also students from other universities who not only view the podcasts but now contribute to them, which is unexpected and very exciting,” said Forbes. “I’ve had several students from the United States contact me, asking me if they can participate. So from its little grassroots beginning, PedsCases has become much larger than we had imagined.”

For his part, co-founder Peter Gill, who now works at the Hospital for Sick Children in Toronto, is still an active PedsCases team member.

“I think the way the team has grown ensures that there is background leadership, but also there’s a whole group of other students who are contributing integrally,” said Lewis. “We’ve maintained the initial vision that PedsCases has always had―it’s about peers helping peers.”