Vodcast series encourages U of A community to reach out for support and know where to find it. 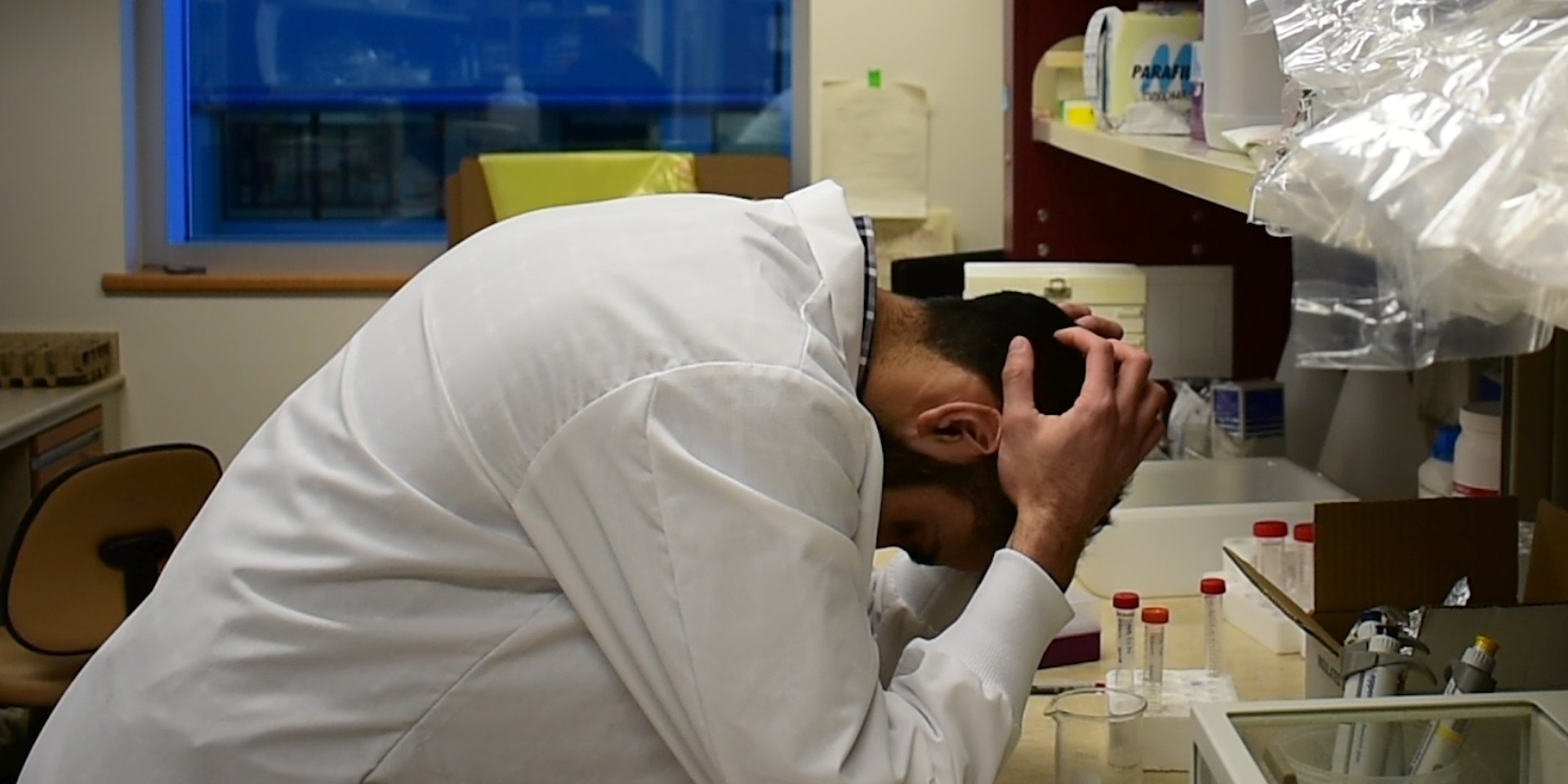 A new video series aims to help U of A students, faculty and staff realize they aren't alone in feeling mental distress, and help them find support services on campus. (Photo: Supplied)

Students of the University of Alberta’s Peter Lougheed Leadership College have produced a series of videos aimed at reducing the stigma around issues of mental health on campus.

The series of six vodcasts will be screened at the Metro Cinema on Monday, April 8, and then used to help train people at the U of A in mental health and spread awareness.

“We intend to incorporate the videos in our educational programming and awareness campaigns to improve mental health resilience and build the capacity of our community to support those who are struggling with appropriate services and help when they need it most,” said Kevin Friese, assistant dean of student health and wellness.

Cristina Stasia, director of instruction for the college, who also sits on the education subcommittee for the university’s new policy framework on suicide prevention, said the idea for the vodcasts came up during discussions on how to communicate the framework to the campus community.

“(On the committee), we were talking about using videos to destigmatize mental wellness and point to resources, but realized the timeline could be seven to 10 years to raise money and hire a professional producer,” she said.

"But knowing the capacity and determination of scholars in my course (Foundations of Leadership), I was really confident they could do it and take it seriously. I also thought it was really important that students talk directly to students about it."

The Peter Lougheed Leadership College (PLLC) offers U of A students a two-year certificate in interdisciplinary leadership studies, which they complete in the third and fourth years of their core programs.

Working in groups, the students in Foundations of Leadership came up with the concept for vodcasts and hired local video producer Jeff Allen to assist with shooting interviews and editing. They shot supplemental footage on their own before putting together detailed paper edits.

"I have learned the most from this project than I have in my entire degree,” said third-year elementary education student and PLLC scholar Kayla Gulka, director of the vodcast aimed at undergraduate students.

“I was able to open up a lot for the videos, and I don't do that. It taught me a lot about myself,” said Gulka, who also appears on camera discussing her own trauma following a car accident.

"To be on camera was easy, which surprised me, but afterwards I felt really relieved. I thought, ‘I want other students to do this because I feel so much better myself, reaching out for help.’"

Third-year biological sciences student Arjun Khabra, director of photography for the faculty segment, said most students found the group collaboration to be a challenging but rewarding experience, especially for students who all aspire to lead.

"Every student in this group is up to date with social issues, and we have strong opinions—we love taking control,” said Khabra. “But it was all about delegation and teamwork and so a huge learning curve.

“It was also interesting to talk to faculty on a personal level, getting them to share their stories and realizing they're people just like us, still trying to figure out the stuff going on in their lives and facing a lot of stress."

Stasia said it’s important for students in the leadership college to communicate in a variety of formats, including visual. While students also learn to lead through social media, written arguments and public speaking, a vodcast challenges them to “communicate a bit differently about persuasion, pitching, and how to make a call to action that resonates with people," she said.

"Students were really thoughtful about who they interviewed … they really blew it out of the water this year. I was so impressed with all of them—their teamwork, persistence and growth.

“They took this to heart and went so above and beyond, trying to create the best legacy they could."