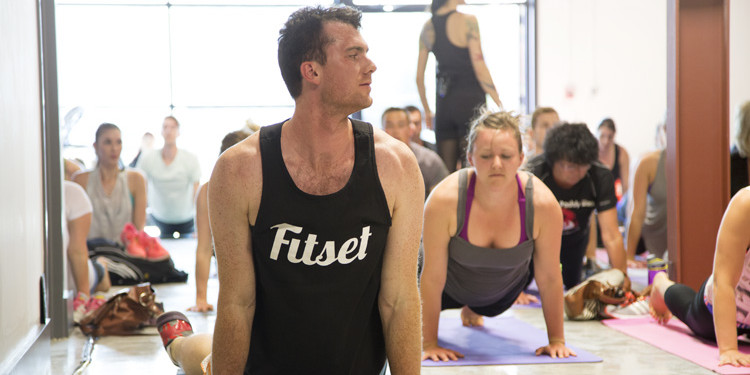 A former professional athlete, Tim Gourlay maintains his fitness by working out several times a week with his wife.

“At one point, we were doing a fitness boot camp in the River Valley, yoga at a couple of different studios, and boxing at a local club,” he says. But it wasn’t cheap—nor was it easy to manage multiple expiry dates on the passes. “Each of us was spending $250 to $300 for fitness each month. It was crazy. I thought, ‘There has to be a better way.’”

It occurred to him that a multi-studio pass would benefit both frugal fitness fans and local businesses. With a monthly subscription—and a single card—users could sample the fitness classes at local gyms, without the higher fees associated with drop-in classes.

Gourlay had been itching to start his own business since winding up a career in pro volleyball a couple of years earlier. After returning from Europe, he’d worked for a couple of companies before realizing that entrepreneurship was more his speed. The trouble was coming up with the right idea for a business.

Now that he had one, Gourlay decided to pursue it wholeheartedly, even if it meant taking a break from his MBA classes at the Alberta School of Business. SplitFit was born in January 2015, when Gourlay registered in a preflight program at Startup Edmonton. After developing a business plan, he created a prototype of the online registration system that would form the backbone of the service.

Now he had a basic, but functional, online system to allow customers to register at a single website for courses citywide. After releasing his prototype to the public, he confirmed the demand for the service.

That’s when Gourlay encountered some snags. It would be very expensive to get a web developer to scale up the prototype, and an American competitor was about to launch a similar product in Canada. The window of opportunity was shrinking.

Gourlay was disheartened until a colleague connected him with four entrepreneurs working on a startup called Fitset in central Canada. The company offered similar services in Montreal and Toronto, but had already developed a sophisticated online system. Gourlay had created a lot of buzz in Alberta with SplitFit and had users and studios in both Edmonton and Calgary. They decided to team up; six months later, Gourlay is one of five partners involved in Fitset.

The company recently received seed funding from the Ontario Centre of Excellence, and plans are in the works to expand its offerings in central Canada. In Edmonton, the company has been rapidly expanding its base of member gyms and the service is now entirely web-based, with no punch card necessary.

With the company off to a great start, Gourlay plans to pick up his studies again in the fall. “A lot of exciting things that have happened with Fitset have come about through connections in the program,” he says. For instance, it was a guest speaker in a course—Joey Hundert, creator of the green carnival Sustainival—who pushed Gourlay to take the entrepreneurial leap.

“He’s a really accomplished guy, but very down to Earth,” he says. When Gourlay asked him for advice, Hundert told him to read The 4-Hour Workweek by Timothy Ferriss (a popular business book) and then start a company the next morning. Gourlay left the class ready to dive in—but it wasn’t until he ran into Hundert on the street three months later that he was spurred to action. “He called me out,” he says. “That was a turning point where I thought, ‘The hell with this! I’m doing it. And if it fails, great! I’ll try again.’”

Gourlay hopes Fitset will be “as well-known to people as GoodLife Fitness in Canada,” or even expand across North America, but he’s a pragmatist. He’s prepared to switch gears again, if necessary: “Immersing myself in the fitness market gives me the chance to see other opportunities.”