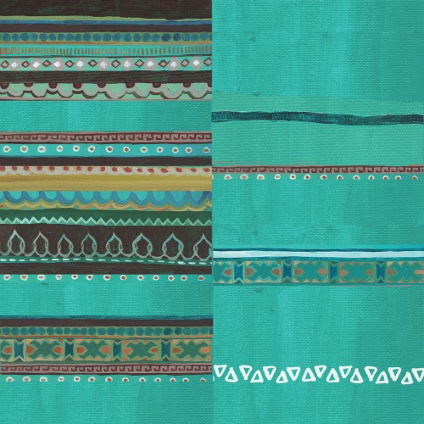 Hand-painted bands inspired by a variety of cultural patterns give the new I-Week design its textured look.

Art and design student’s hand-painted concept will be the canvas for International Week for years to come. 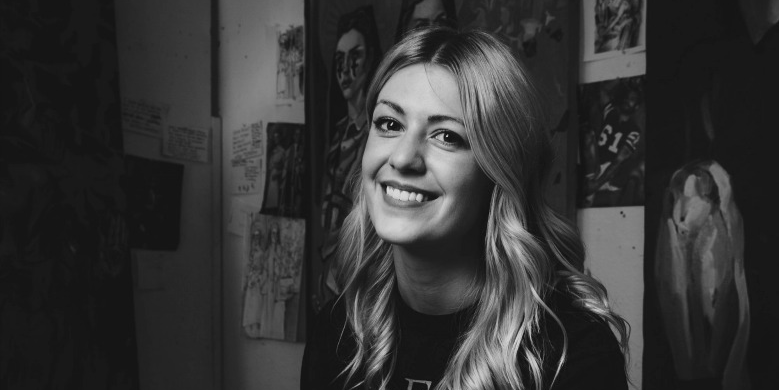 (Edmonton) The skilful paint strokes and keen eye of a University of Alberta design student have produced a new visual identity for International Week—and it’s a concept that will live on for years to come.

Giselle Boehm, a visual communications designer in her fourth year of the bachelor of design program, has created a series of colourful patterned bands that will be the canvas for future I-Week posters, banners and digital applications.

“Traditionally we have worked with a student design class each year to develop a design around the annual theme of International Week,” said Nancy Hannemann, director of University of Alberta International’s Global Education Program. “We took a different approach this year and asked for an ongoing concept that could be used from year to year, built around the identity ‘International Week: For a Better World.’ There were some amazing creations from the students, but Giselle’s really stood out.”

The multicoloured bands—based loosely on a variety of cultural patterns—were hand-painted, photographed and then digitized by Boehm. The patterns are coupled with a new International Week logo that includes five textured triangles symbolizing the world’s populated continents—Africa, the Americas, Asia, Europe and Australia.

“The entire system is based around the metaphor of the fabric that weaves us all together in a cultural tapestry of diversity. The metaphor celebrates our differences, artfully piecing them together as an interconnected whole,” reads Boehm’s I-Week visual identity guidelines.

“The main challenge associated with creating an identity for International Week was coming to a solution that spoke broadly to the idea of culture and community on a global scale, while maintaining the unique spirit and identity of International Week specifically,” said Boehm.

“There are a lot of symbols commonly used to symbolize global awareness and community, so a large part of the challenge was to develop a visual system that spoke to the metaphor of community, while breathing a fresh sense of originality into the presentation of it. It was also important that the identity be general enough for everyone to connect and identify with, while also incorporating qualities that made the system inviting, uplifting, welcoming and human.”

Kevin Zak, the instructor who led the talented students in the DES 593 class through the process, said the project was a great challenge for the class and gave students a hands-on, practical designer-client experience.

“For the students, this project presented a unique opportunity in creating an enduring identity for International Week. The additional challenge for this required the creation of a distinct, consistent, yet flexible visual system that would have the ability to present a fresh but visually related I-Week over many years.”