Students connect people in need with the tool to feed 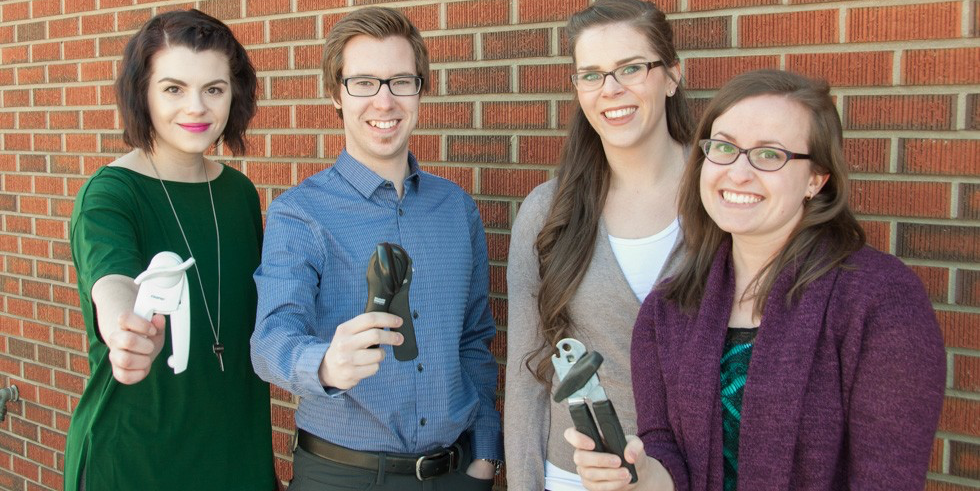 A group of University of Alberta nursing students had the lid blown off what they thought they knew about life on the streets while completing a work placement at Boyle Street Community Services.

“We were looking for a project to take on that really stood out, when the Boyle Street tuberculosis nurse told us a story about a man she helped treat who, despite being homeless and sick, was most upset about having had his can opener stolen,” said final-year nursing student Logan Smith.

In speaking with volunteers from the Edmonton Food Bank, Smith and his fellow students Alexa Roth, Hilary Davis and Michelle Duhamel found out that a small but not insignificant portion of the 20,000 people who use the food bank each year ask about a can opener before leaving the canned goods behind.

“None of us had ever thought about this,” said Smith. “It was sobering to realize how such a simple item can be so necessary just to get by.”

The group partnered on a campaign with the food bank to raise awareness that a can opener is almost a required tool for families to eat.

The project began as a simple poster campaign using the slogan “CAN-nected: Connecting Those in Need With the Tool to Feed,” which simply explained the need for can openers.

“When we got the ball rolling we thought, ‘Why don’t we collect can openers ourselves?’” said Smith.

In late November, the group launched an online campaign and pled their case to family and friends about the need for the simple yet overlooked devices. In just a couple of weeks they were able to raise enough money to buy 275 can openers—which were promptly handed over, along with a cash donation, to the food bank just in time for the holidays.

“I can’t tell you how enjoyable it was putting work into something that didn’t feel like work,” said Smith. “We knew we were making a difference—and sure, at the end of it we got our grades and that was great—but that part of it didn’t seem to matter as much as the impact the project had on the community.

“It is amazing how fun a project can be and how rewarding work can be when you know you’re changing lives.”

Smith said the experience also buoyed the group’s commitment to their chosen profession.

“That’s one thing I really like about nursing, through all the work I’ve done so far. It’s a lot of work and can be stressful, but at the end of the day we can look back and say, ‘I helped someone and hopefully improved their life and or at least made their day a little bit better.’”

As the project stands now, Smith said the can openers have all been handed out, highlighting the need. He added he would like to see the campaign continue, even if it were just mobilizing resources to keep getting the word out.

“Ultimately, the most beneficial action would be simply making the public more aware of how important can openers are. If can openers were to be donated at the same rate that canned foods were donated, there wouldn't be an issue with the supply.”

Students connect people in need with the tool to feed
Newsroom