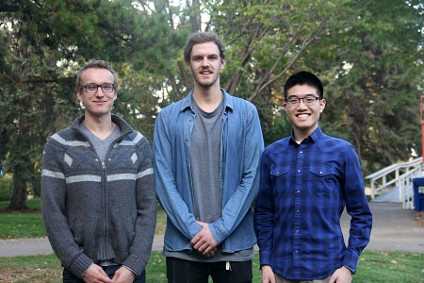 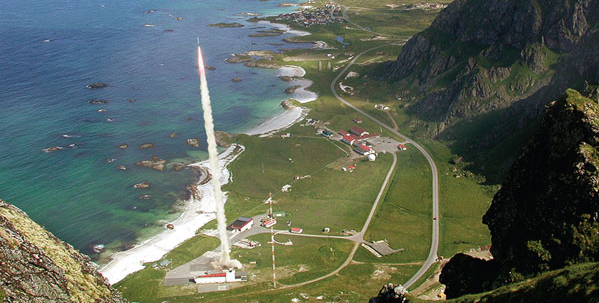 You might think readying Alberta's first space satellite for launch later this year would be enough hands-on experience to keep an engineering student happy. But for three University of Alberta students launching a rocket in Norway this week, the chance to expand their space horizons even further was too good to pass up.

This past week, the students worked on the site of the Andøya Space Center, 300 kilometres inside the Arctic Circle. The Canadian team was be paired up with space scientists and fellow engineering students from the University of Oslo to assemble, program and launch a rocket into the atmosphere.

“This opportunity gives you an insight into a field you would not have accessed otherwise,” said John Grey, one of the three program participants.

Darian Van Paridon and Grey, both fourth-year engineering physics students and members of the AlbertaSat team, and Henry Su, a fourth-year chemical engineering student, are joining students from the universities of Calgary and Saskatchewan as the Canadian contingent in the Canada-Norway Student Sounding Rocket exchange program (CaNoRock). The program is a partnership of the Canadian universities with the University of Oslo, the University of Tromsø and the Andøya Rocket Range in Norway.

“It’s not like you can get on a rocket range every day. You can’t just begin building rockets,” says Van Paridon of the chance to get a real taste of aerospace engineering.

The rocket will collect atmospheric data from a range of altitudes where other devices such as weather balloons and satellites can't go.

All three engineering students describe themselves as space research junkies.

“I’m passionate about space and technology, and want to pursue a career in satellite and space technology design,” said Grey.

“It’s a difficult field to break into for undergraduate students," noted Su. "This experience will give some clarity in terms of getting a career in the field.”

The AlbertaSat team's satellite, ExAlta-1, is scheduled to launch Dec. 30.