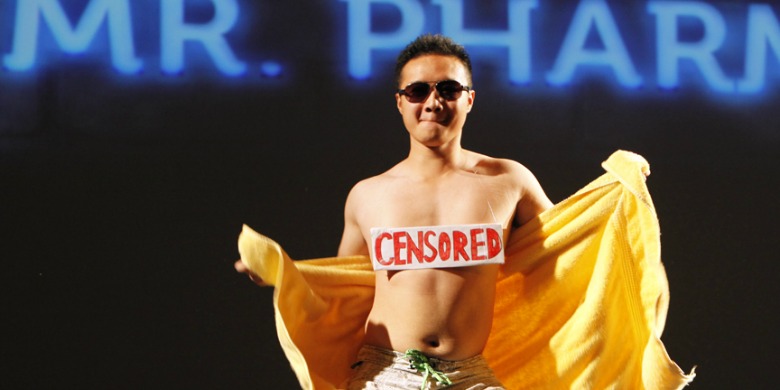 121122-mrpharmacy-banner
This Mr. Pharmacy contender doesn't always go shirtless, but when he does it's for a good cause.

(Edmonton) Take a hike, Old Spice pitchman. Move over, Most Interesting Man in the World. There’s a new manly-man in town, and they call him “mister.”

“Mr. Pharmacy” will crowned Nov. 26 when eight exceptionally brawny students from the University of Alberta’s Faculty of Pharmacy & Pharmaceutical Sciences go head to head in one very manly competition—all for a good cause. Proceeds from the Value Drug Mart Mr. Pharmacy pageant will go to Movember Canada and the fight against prostate cancer.

Now in its third year, Mr. Pharmacy features rugged feats such as fashion and talent competitions, a question-and-answer period and other events that showcase pharmacy practice such as a skills relay and, for the first time, empathy.

“It should be pretty fun,” says Josh Torrance, a third-year pharmacy student and vice-president (external) with the Alberta Pharmacy Students’ Association, which is organizing the event. “We expect some might not be the best but that will be part of the entertainment value of the show.”

In all seriousness, Torrance says the empathy competition will highlight communication skills needed in pharmacy, reflecting the changing scope of clinical practice. Pharmacists receive top-notch training in empathy and communication, he adds—even the boys.

“The competition has been evolving every year to what we think would be entertaining and what would best represent the men in the profession.”

Third-year student Mark Cheung was honoured his peers asked him to compete and says he just bought a “spiffy” new suit.

Though he says he plans to hone his catwalk strut and is committed to putting on a good show, he doesn’t plan to go all out training-wise.

Last year’s event raised about $11,000 for prostate cancer research; this year organizers set their sights at $20,000. They’ve even secured top-flight sponsors such as Value Drug Mart, which donated the naming rights, plus Rexall Canadian Pharmacy and McKesson Canada.

But with a Movember event called Mr. Pharmacy, where’s the moustache-growing competition?

Torrance, who is channelling his own Tom Selleck soup strainer, concedes there’s more to Mr. Pharmacy than lip hair. Besides, organizers sympathize with the many males in the program who can’t grow “a full and magnificent moustache.”

“That being said, we offer many artificial options for these men, such as taping on pieces of fabric or carpet, or drawing one on with makeup or a marker,” he says.

Tickets to Mr. Pharmacy are $20 and can be purchased online or at the APSA office in room 4086 in the Dentistry/Pharmacy building. Donations will also be accepted at the event, which starts at 7 p.m. at the Myer Horowitz Theatre. Doors open at 6 p.m.