UAlberta team to assess whether referring patients to pharmacists before surgery can help break the habit. 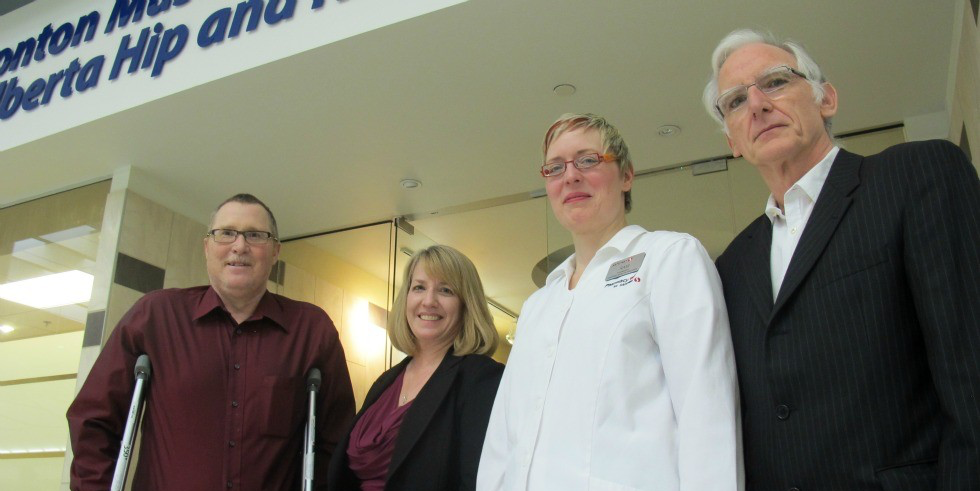 Researchers from the University of Alberta are examining how to help smokers kick the habit before undergoing elective surgery.

If successful, this type of preoperative intervention could be incorporated into standard patient management at other clinics in Alberta and beyond.

“Research already shows that smoking cessation programs work, but most of the data have been gathered in controlled trial settings. Once you get into a clinic setting, there isn’t the same uptake or interest in these programs,” said Lauren Beaupre, study co-lead and associate professor of physical therapy in the Faculty of Rehabilitation Medicine.

“Our intervention looks at how we can make smoking cessation work in real life by incorporating it into a patient’s preoperative schedule. It’s one-stop shopping in terms of care management and preparation.”

More than 3,500 patients from across northern Alberta receive treatment annually at the Edmonton Musculoskeletal Centre, which Beaupre said makes it an ideal model to gauge the effectiveness of preoperative smoking cessation treatment. Some 23 per cent of the clinic’s patients are smokers, slightly higher than the national average, and they generally have anywhere from six weeks to three months to prepare for surgery.

Ken Sarafinchan, a former patient who recently recovered from a knee replacement at the clinic, undertook the intervention program in July of this year. Prior to his participation Sarafinchan smoked upwards of 25 cigarettes a day. He says with the help of his pharmacist he was able to significantly cut down.

“When I went in for my surgery I was down to five cigarettes a day. It really helped,” says Sarafinchan. “In past years I’ve tried a lot of different products but nothing ever worked. I’ve learned that you have to set your mind to it and you need somebody there for that little bit of extra support.”

Study co-lead Barry Finegan, a professor of anesthesiology and pain management in the Faculty of Medicine & Dentistry and an expert in smoking cessation, emphasized that offering an opportunity to quit smoking prior to elective surgery is often welcomed by patients.

“This is a time when patients are re-evaluating their lifestyle choices and are frequently willing to move in a new direction,” he said. “By taking advantage of the time before surgery to help patients quit, we can improve their wound healing, reduce the risk of infection after surgery and, most importantly, enhance their health and wellness in the long term.”

Patients who are smokers and agree to participate in the study will be referred to a pharmacist for smoking cessation treatment, in addition to their family doctor. The U of A team partnered with Safeway Pharmacy for pharmacist referrals, which in addition to having a location near the clinic, takes advantage of the profession’s wider scope of practice in treating patients and managing medication side-effects, Finegan said.

At the end of the year-long study, the team will evaluate whether the smoking cessation intervention worked and whether it could be adopted elsewhere.

“If it works in this centre, there’s no reason to think that you couldn’t take it to any other kind of central intake model where there is a lead time of six weeks to three months before surgery happens and build that in,” said Beaupre.

The U of A team received funding from Pfizer Canada’s Global Research Awards for Nicotine Dependence (GRAND) to design the smoking cessation intervention.