U of A researcher offers three tips for parents to reduce their children’s screen time—and a chance to take part in the new study. 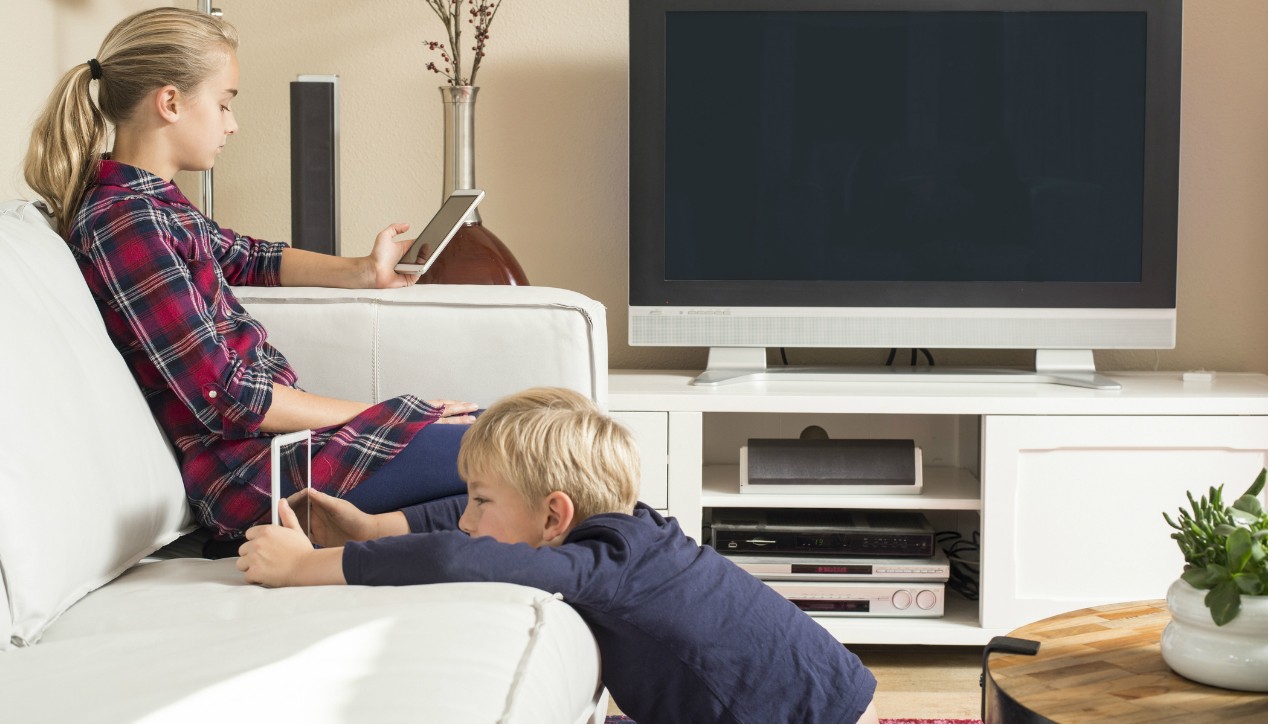 Are kids using digital technology too much? A U of A researcher is launching a study to look at how often, when and where they’re using their devices. (Photo: Getty Images)

It’s not alcohol or a drug, but cellphones and iPads are also a problem for kids, says a University of Alberta expert who has launched a new project to measure children’s usage.

“Kids are struggling to control the technology, yet getting access to it at younger ages,” said Jason Daniels, a researcher with the Faculty of Extension who is exploring long-term fallout of too much screen time.

“Often the first thing they see in the morning and the last thing before bed is a digital screen. As a society, we’re really playing catch-up with knowing what the impacts are and what the long-term consequences are.”

One study, for example, showed that about 25 per cent of children in Grade 4 have their own cellphones, meaning they’re nine or 10 years old—too young to avoid the temptation of constant use, he said.

“Their brains aren’t fully matured until their mid-20s, so impulse control is particularly difficult for kids. The devices are designed to keep us coming back, to be addictive and we know children have lower impulse control, so they develop patterns of use at younger ages.”

In a bid to get a more comprehensive picture of childhood addiction to technology, Daniels is equipping youngsters 10 to 17 with a diary app so they can give the researcher an idea of how and when they’re using their phones and iPads.

“We’re trying to see what kids are actually doing with their devices,” he explained.

The experiment is the latest phase in an ongoing research project, Growing Up Digital, Daniels is running in partnership with Harvard University and the Alberta Teachers Association, to measure the effects of digital technology on children’s education and health.

From data they’ve already gathered, Daniels has heard concerns about kids staying up all night playing on their computers, or difficulty in getting them to put their phones down even for a few minutes.

“We hear lots of stories from parents about their kids using technology all the time, having problems controlling it, and teachers are seeing decreases in children’s social skills like face-to-face conversation and conflict resolution; these are important life skills for forming relationships or getting a job,” he said.

The trial, which runs until the end of this year, will “move beyond anecdotes” to give a clearer snapshot of how often, when and where they’re using their devices, Daniels said.

“We’re hoping to be able to link their use of technology with other factors that can provide insight into the impact of this use over time.”

Participants will fill out a questionnaire that asks them to rate their physical and emotional health, then each youth’s mobile device is pinged five times a day for a week.

“If they’re able to at the time, we ask them to complete a short survey about what they’re doing right then, how they’re feeling, who they’re with and what technology they’re using. Then they take a 360-degree video of their surroundings and send it to us, so we can see what the environment is that they are using or not using their devices in. We’re trying to find out things like is it an isolated activity, or is it something they do with their friends?”

They’ll also be asked twice during the week to report in about their use during the night before.

“It’s a check-in terms of nighttime routine,” Daniels explained. “We’ve heard a lot about the sleep factor, and we want to see what’s going on during the weekdays versus the weekends. Does it change, is it the same? It’s another piece of the puzzle we’re trying to put together.”

Daniels hopes to come up with recommendations to kids and their parents about how they can use technology in a healthy, safe manner and at the same time, provide some information on what the risk factors are with too much use.

In the meantime, he suggested the following three tips to reduce digital use:

“Set aside times and spaces in your home that will be device-free, like the dinner table, or in the bedrooms. Those are key places to work on relationships, to interact with one another,” he said.

Technology “fasts”—where everyone goes without their devices for a while—are another way to control bad habits.

“It challenges us to fill the time with something else. Don’t sit and pine for your phone—go outside, play a game. Kids can walk the dog or ride their bikes.”

Where possible, parents should also use technology with their kids.

“If they’re playing video games, sit and play it with them—anything that fosters communication is positive.”