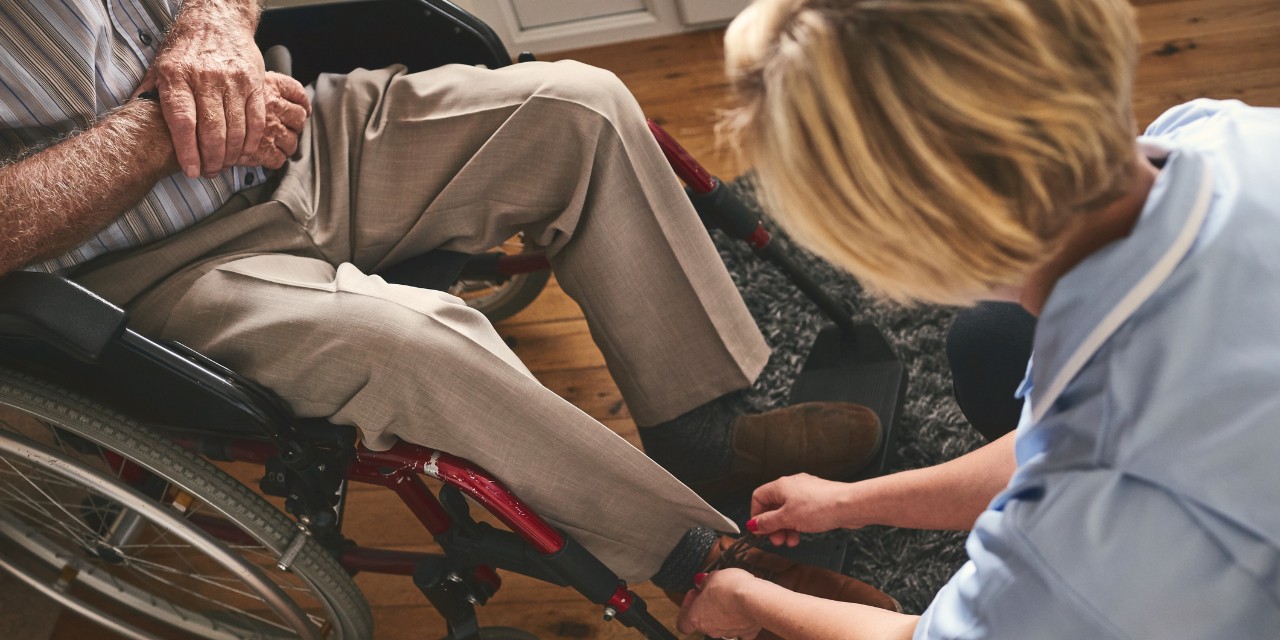 Improving working conditions for long-term care aides could help cut down on missed or rushed tasks and improve quality of care for residents, according to a new study by U of A researchers. (Photo: Getty Images)

Improving working conditions for care aides could be a low-cost way to cut down on missed and rushed tasks and improve overall quality of care for residents in Canadian nursing homes, according to a new study led by University of Alberta nursing researchers.

The researchers interviewed 4,016 care aides in 93 randomly selected private and publicly funded nursing homes in Manitoba, Alberta and B.C. The aides, who deliver up to 90 per cent of the care for residents, were asked whether they had missed or rushed any essential tasks—including taking residents for a walk, talking with residents, mouth care, helping residents use the toilet, bathing, feeding, dressing and preparing for bed—during their most recent shift due to a lack of time.

Fifty-seven per cent of aides reported missing at least one task and 65 per cent reported rushing.

“These are the frailest, most vulnerable, complex people in the entire health-care system,” said Carole Estabrooks, a professor in the Faculty of Nursing and the School of Public Health, and Canada Research Chair in Knowledge Translation. “Talking and walking are two of the most essential components for quality of life.”

While the harm caused by missed care tasks can be easily understood, lead author and nursing post-doctoral fellow Yuting Song noted that rushed tasks can also be very hard on residents, especially the 80 per cent who live with cognitive impairment such as dementia.

“They really need what we call slow care,” Song said “They need more time to finish eating a meal or using the toilet, and if you rush them it easily upsets them. However, this is a major challenge in resource-constrained work environments.”

The researchers found that care aides on units with more favourable work environments reported fewer missed or rushed tasks. To define a better work environment, the researchers assessed elements such as supervision, culture, feedback processes, communication among team members, and how much care aides participate in decision-making about residents’ care plans.

”They’re like the eyes and ears of the nurses and the managers because they are delivering the majority of the direct care, so if they’re not engaged in decision-making, it’s a missed resource,” said Estabrooks.

She said changes can and should be made to working conditions for care aides without a large infusion of new money into the system.

“We believe if we empower the care aides so they have better perceptions of their work environment, it will affect the quality of care for residents,” Song said.

For example, she said in homes where aides communicate well with each other and have some say over how care is delivered, they might re-plan required tasks such as two-person lifts, so they don’t have to interrupt each other as often and thus have more time to interact with residents. Care aides can also initiate small changes that add up to a big difference for residents, such as creating quieter environments in dining rooms to reduce anxiety and agitation, which are common for people with dementia.

“I have seen care aides use emojis, so the residents can express their emotions by pointing to the emoji that’s appropriate,” Song said. “In other nursing homes, care aides and others use music to create a calming effect for residents.”

Estabrooks said the study results will be shared with nursing homes, so they can understand how the working environment in each facility is affecting care and make immediate improvements.

Her team is now planning regional feedback summits for nursing home managers, and is considering a summit for nurses, care aides and resident representatives to focus on ways to make better use of the information from care aides to improve care.

She pointed out that aging-in-place policies mean that people are moving into nursing homes later in life; this means that when people do go to nursing homes, their dementia and other chronic illnesses are much more advanced and the complexity of the social and health care they need is greater.

Of the care aides in the study, 89 per cent were women, 68 per cent were older than 40, and 66 per cent spoke English as an additional language.

“They are the lowest-paid members of the team and their work is emotionally demanding,” said Song. “On the other hand, they are highly motivated and hard-working. They have a lot of compassion and empathy for the residents.”

“This is not about pointing out deficiencies or making the nursing homes look bad,” Estabrooks said. “This is about making sure we measure things like missed or rushed care so we can assess whether they are improving and create supportive environments where solutions can be put into practice without additional funds from the government.”

“If we do not measure important things, we cannot manage them,” she said. “Yes, nursing homes must have sufficient resources to deliver essential care, but there is significant room for other creative solutions as well.”

The study was carried out as part of the Translating Research in Elder Care research program, which looks for ways to improve Canadian nursing home care, and was funded by the Canadian Institutes of Health Research, provincial and local health authorities.