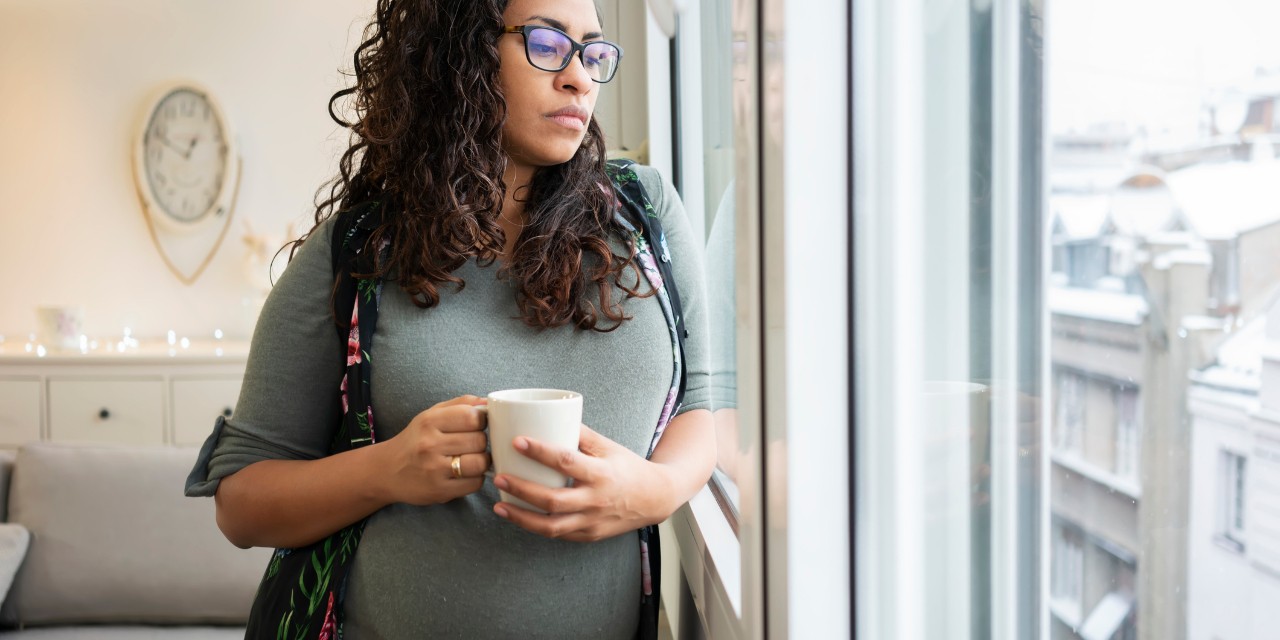 New research helps explain a link between depression and anxiety in pregnant women and lowered immunity in their babies. (Photo: Getty Images)

A woman’s mental health during pregnancy has a direct influence on the development of her child’s immune system, according to a new study from pediatric researchers at the University of Alberta.

Previous research indicated a link between a woman’s mental state and the development of asthma and allergies in children, but this is the first study in humans to identify the mechanism at work.

“Our study shows that what happens to the mother during pregnancy could affect the levels and function of the cells that produce immunoglobulin in children,” said Anita Kozyrskyj, a pediatric epidemiologist and a leading researcher on gut microbes.

The researchers examined health records of 1,043 mother-infant pairs who are participating in the CHILD Cohort Study, which is following the health of thousands of Canadian children into their teens.

The mothers filled out regular questionnaires about their mood during and after their pregnancies, asking, for example, whether they felt sad or overwhelmed. Stool samples from the babies were examined for the presence of intestinal secretory immunoglobulin A (sIgA), an antibody that plays a crucial role in immunity.

“This immunoglobulin is really important in the microbiome for developing oral tolerance to environmental antigens,” said lead author Liane Kang, who carried out the research for her MSc and is now studying medicine at the U of A.

Mothers who reported symptoms of depression during their third trimester, or persistently before and after the birth, were twice as likely to have babies with the lowest levels of immunoglobulin A in their gut. The mothers’ symptoms did not have to be severe enough for a clinical diagnosis of depression. No link was found with postpartum depression.

The results held true even when variable factors such as breastfeeding and antibiotic use by the mothers and babies were taken into account.

“We know that women who have psychological distress are less likely to breastfeed and interact with their children,” said Kang. “Antibiotic use could also impact how the infant gut microbiome is developing.”

“Despite all these factors there was still a link between depression and lower immunoglobulin A in the infant.”

Kozyrskyj noted that the lowest levels of immunoglobulin A were found in infants between four and eight months old, when they would normally begin to produce their own immunoglobulin.

“The largest impact of depression in the mothers was seen in this startup phase of the child’s own immune system,” she said.

The researchers said lowered immunity places the babies at risk for respiratory or gastrointestinal infections, as well as asthma and allergies, and may also lead to elevated risk for depression, obesity and autoimmune diseases such as diabetes.

Kozyrskyj posited that higher levels of the stress hormone cortisol may be transferred from depressed mothers to their fetuses and interfere with the production of cells that will make immunoglobulin after birth. She suggested more research is needed to understand this link between the maternal microbiome and infant immune development.

Both researchers said their study indicates that more mental health supports are needed for pregnant women.

“New mothers are going through a very different stage in their life where they have to take care of another human being, and there are a lot of stressors that come with that,” said Kang.

“These findings should not be used to blame mothers,” said Kozyrskyj. “Maternal mental health does not occur in isolation.”

The research was funded by the Canadian Institutes of Health Research and the Allergy, Genes and Environment (AllerGen) Network of Centres of Excellence.