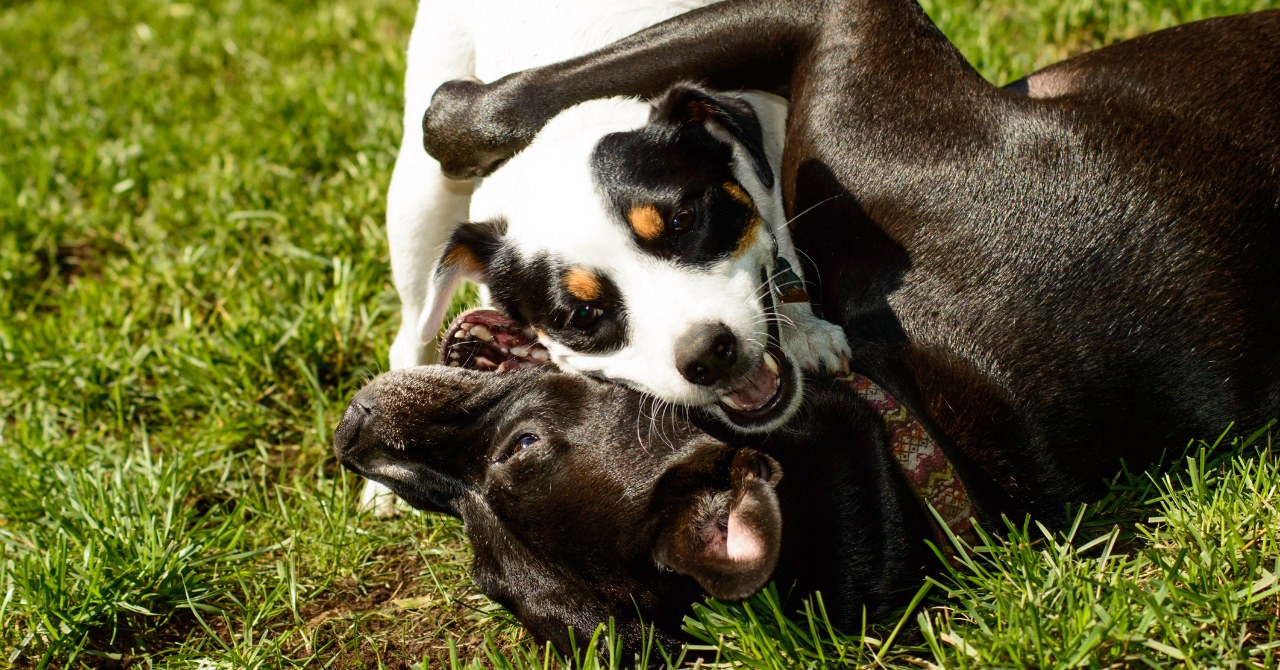 U of A researchers identified 11 sites within walking distance of Edmonton neighbourhoods that would benefit most from off-leash spaces for dogs.

In an effort to ensure every Edmonton dog has its day, a new University of Alberta study has identified the neighbourhoods most in need of an off-leash area and located 11 possible sites within those communities.

“It seems neighbourhoods farther away from the city core have a higher dog population, yet have the fewest off-leash opportunities,” said Joseana Lara, who conducted the study with classmate Miguel Monsalve as a requirement for a senior-level advanced geographic information systems course that saw students systematically look into ways to make Edmonton more livable by relying on geospatial data.

The pair’s project combing Edmonton for prime off-leash areas began with a fun fact: the city has more households with pets than households with children. In 2017, there were 68,344 valid dog licences in the City of Edmonton. Lara says when you add in unregistered dogs, that number could easily double.

“If that is the case, why not plan for more places for dogs to play at?”

The duo used the city’s open data catalogue and, based on addresses of those with valid dog licences, mapped the dog density per neighbourhood.

What they found was dog density was greatest on the city’s newer outskirts, which also happened to be the least served by the 42 existing Edmonton dog parks.

From there, they compared opportunities and constraints based on what Edmonton’s Dogs in Open Spaces Strategy considered significant.

Overlaying the suitability analysis to the dog density map, the pair identified dozens of potential sites across the city.

The team used existing literature and results from their own observational study to determine that most dog owners were willing to walk 20 minutes to an off-leash area.

“My partner and I did an observational study at Terwillegar Dog Park and found that people were driving from all over Edmonton to access the dog park,” said Lara. “With this study we wanted to encourage walkability, so we looked for off-leash areas within walking distance.”

In the end, the team proposed 11 suitable sites within walking distance of neighbourhoods with the highest dog density.

The communities include Glastonbury, Jamieson Place and Glenwood in the city’s west end, Matt Berry and Evergreen in the northeast, Beverly Heights and Forest Heights just off the river valley to the east, and then Windermere, Terwillegar, Rutherford and Summerside on the southside.

Lara said the city could always benefit from more off-leash areas, adding these 11 sites will give the city the most bang for its buck.

“Besides the physical benefits for dogs and dog owners, dog parks create a sense of community; they are a place where everyone is welcome and visitors may share commonalities that can eventually lead to long-lasting friendships.”

The course was a requirement for urban and regional planning program in the Faculty of Science.