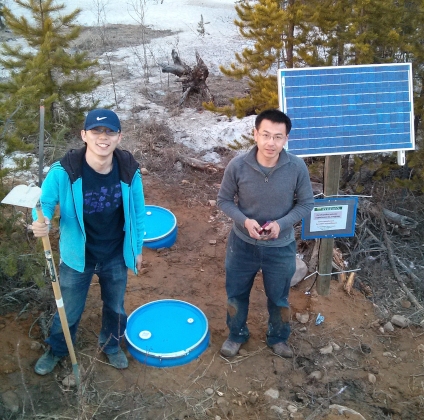 Yunfeng Chen (left) and Jeffrey Gu work in the field at a seismic station in the Canadian Rocky Mountains. (Photo: Supplied)

U of A research suggests mountains formed in sudden westward collision more than 100 million years ago, rather than gradual buildup of material. 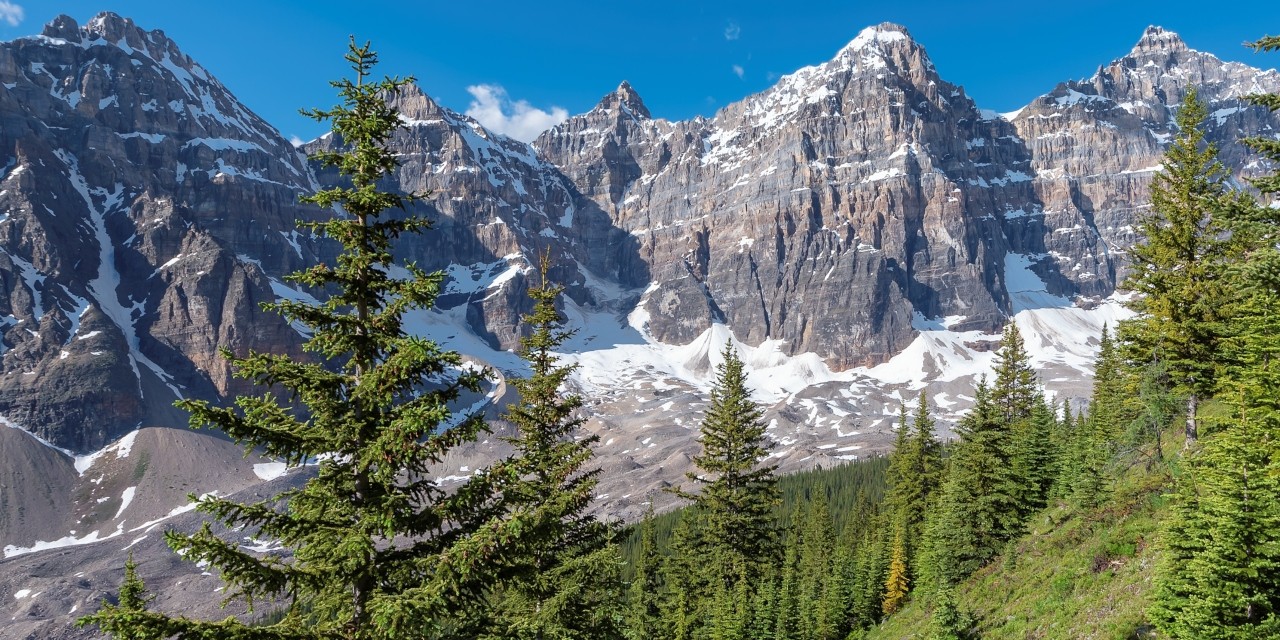 U of A researchers used new, high-resolution seismic data to determine the Canadian Rocky Mountains likely formed in a collision between two continents about 100 million years ago, rather than gradually building up material as traditionally thought. (Photo: Getty Images)

The Canadian Rocky Mountains were formed when the North American continent was dragged westward during the closure of an ocean basin off the west coast and collided with a microcontinent more than 100 million years ago, according to a new study by University of Alberta scientists.

The research, based on high-resolution data of Earth’s subsurface at the Alberta-British Columbia border, favours an interpretation different from the traditional theory of how the mountains formed.

The traditional theory, known as the accretion model, suggests a gradual accumulation of additional matter eventually formed the Canadian Rockies—unlike the sudden collision event proposed by this research.

“This is very specific to the Canadian portion of the mountain range,” noted physics professor Jeffrey Gu, who was a co-author on the study. “In the United States, other elements of this mountain range were formed through an accretion event. There’s quite a bit of variability from north to south.”

The study involved seismic data collected from a dense network of seismic stations in western Alberta and eastern B.C., combined with geodynamic calculations and geological observations.

"The study highlights how deep Earth images from geophysical methods can help us understand the evolution of mountains, one of the most magnificent processes of plate tectonics observed at the Earth's surface,” said Yunfeng Chen, who conducted the research during his PhD studies under Gu’s supervision, and received the Faculty of Science’s 2018 doctoral dissertation award.

“There are other mountain belts around the world where a similar model may apply,” said Claire Currie, associate professor of physics and co-author on the study. “Our data could be important for understanding mountain belts elsewhere, as well as building our understanding of the evolution of western North America.”

Alberta and B.C. communities supported the research by hosting seismic stations on their land. The research is also supported by the Alberta Energy Regulator.

The study, “Seismic Evidence for a Mantle Suture and Implications for the Origin of the Canadian Cordillera,” was published in Nature Communications.